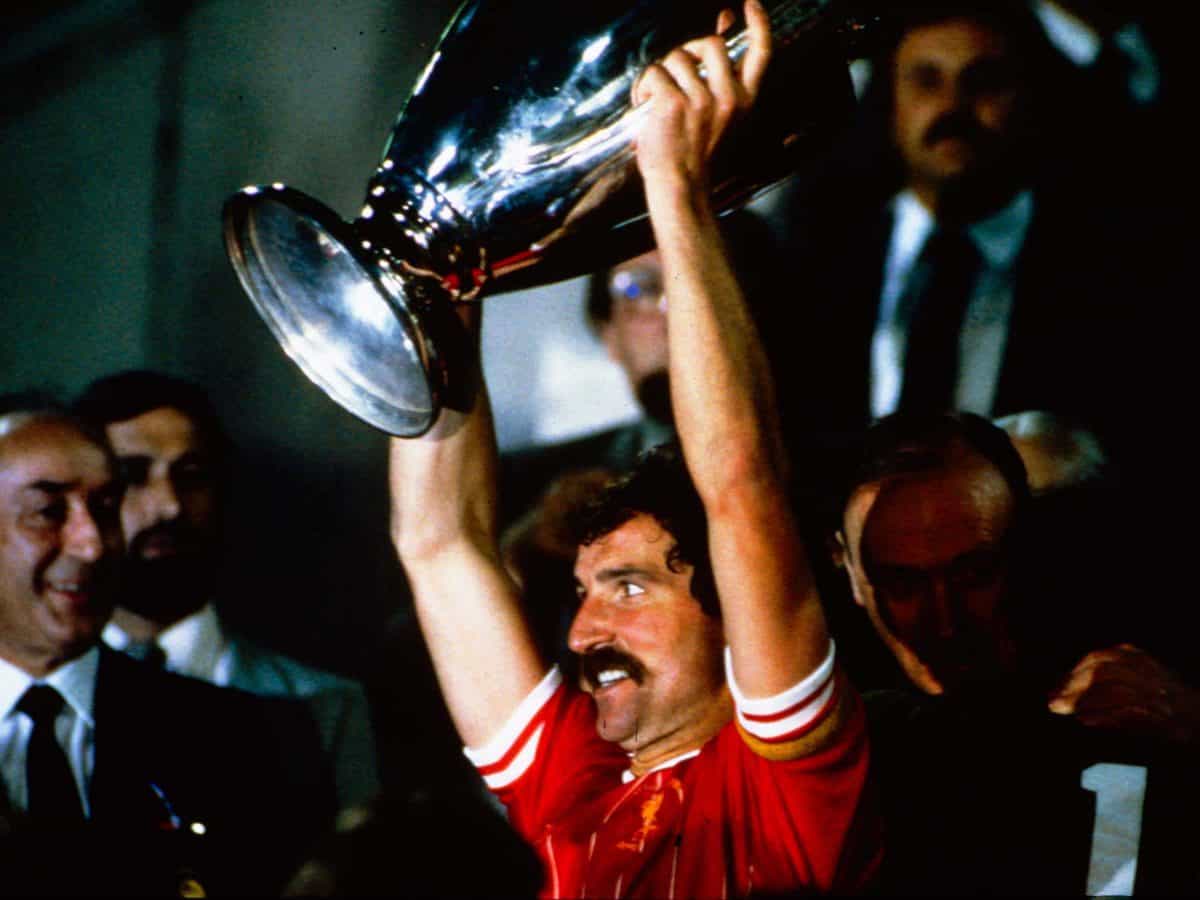 Nowadays, it is difficult to separate the images of Graeme Souness as player and pundit, but the legendary Liverpool midfielder of the 1970s and ’80s deserves the focus.

More often than not, Souness is established as the elder statesman of the Sky Sports studio, whose playing career ended before the majority of his colleagues’ began.

For Jamie Redknapp, he was even the first manager he worked for at Liverpool, while Jamie Carragher will be familiar with his presence from his days in the academy.

Few of Souness’ media counterparts went toe-to-toe with him on the pitch—Ray Wilkins, the most frequent opponent of his storied career, sadly passed away in 2018—and this has posed a difficult transition for the Scot as he battles with a perception as a dinosaur.

The moments when his fierce temperament gets the better of him garner stifled laughs, while there are certainly points in which his criticism of certain players can be called into question.

One such target is Paul Pogba, the Man United midfielder of dubious commitment who has played just eight times this season, and during his time off the pitch, the Frenchman responded to Souness’ scrutiny.

Pogba claimed he “didn’t even know who he was,” to which the 67-year-old jokingly challenged him to “put his medals on the table,” receiving support from the likes of Carragher and Robbie Fowler.

To engage any further in this would be a disservice to the player Souness was, whose efforts were a defining factor in Liverpool’s most successful era.

Souness’ early years at Tottenham and Middlesbrough were decorated with the trappings of the youngest of three brothers who, by his own admission, “always had something to prove,” and a strong belief in his ability that led to him fall out of favour at his first club.

But when Bob Paisley sought to strengthen the side that won Liverpool’s first-ever European Cup in 1977, he showed faith in Souness with a record transfer fee of £350,000.

Alan Hansen and Kenny Dalglish had arrived in the summer, with Souness joining the Reds at the start of 1978, and in one triple-swoop, Paisley had acquired three true leaders.

His first half-season was slow, playing just 18 times in all competitions, but he announced himself in style with an unstoppable volley to help beat Man United 3-1 at Anfield and ended the campaign as a European champion, playing all 90 minutes in the final against Club Brugge.

Emlyn Hughes was the captain that night, but it was clear in the coming years the shape of Liverpool’s squad would change significantly.

Kevin Keegan had already left, to be replaced by Dalglish, Alan Hansen would take over from Tommy Smith and Souness was successor to Ian Callaghan. By 1979, Phil Thompson inherited the captain’s armband from Hughes. 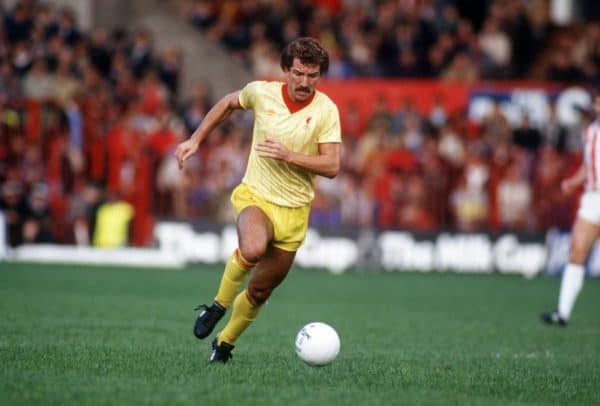 Following that steady adjustment period, Souness never dropped below 50 appearances for the Reds in a season, making himself indispensable to Paisley through a blend of grit and quality.

A First Division title would follow in 1979, along with four more in the next five years, while Real Madrid and Roma were vanquished for two more European Cups.

Leading by example in the middle of the park, he was Liverpool’s enforcer, demanding a respect from his team-mates that ultimately led to him taking the captaincy from Thompson in 1982.

Off the field, he was an affable character who helped foster a camaraderie in the dressing room, and many strong personal relationships of his own, as the late Michael Robinson told LFCHistory.

“Obviously I was very nervous, but also extremely excited joining up with the squad,” Robinson explained of his move from Brighton in 1983.

“I arrived when all the players were about to have lunch and I looked over and there was an empty seat next to Graeme Souness. He shouted me over and told me he had saved that seat for me.

“He gave me such a warm welcome and made me feel comfortable straight away. He reminded me that Liverpool last season had only conceded 37 goals all season and I scored a couple of them, so now they have one less heartache to worry about.

“Graeme was a great leader and was the best player I ever played with.”

He may have been the player the term ‘reducer’ was coined for, but Souness could maintain his discipline when required, and could certainly play too.

His range of passing was outstanding, his shifting feet and dribbling ability allowed him to navigate challenges and his technique in cutting across the ball to fire home helped him to 55 goals from midfield.

He even shared the European Cup Golden Boot with McDermott in 1981 having both scored six goals in a remarkable campaign that saw hat-tricks against both Oulu Palloseura and CSKA Sofia on the way to the final.

Souness was an amalgamation of many of the great midfielders who would pass through the Shankly Gates in years to come; a predecessor for Gerrard, with elements of McMahon, Hamann, Mascherano, Alonso and Fabinho.

“Among midfielders,” Hansen once insisted, “Graeme was the king.”

After six-and-a-half years with the Reds his final game came, fittingly, in the European Cup final in 1984, and it delivered one of his greatest performances.

Up against him in the Roma midfield were Toninho Cerezo and Falcao, two of the most distinguished players of all time, but Souness held his own and the images of him, Hansen and Dalglish holding the trophy aloft will have been vindication for Paisley. 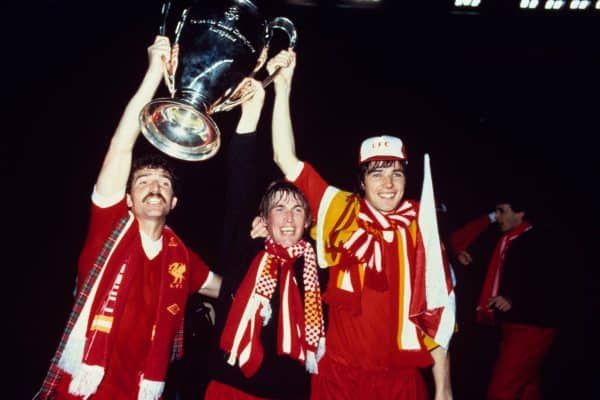 Souness left for Sampdoria in 1984, winning the Coppa Italia, before heading to Rangers to begin the shift into a managerial career that would herald three league titles in Glasgow ahead of a return to Anfield and the dugout.

His reign on Merseyside, and the mistakes he made over those 33 months—including the too-soon upheaval of playing staff and a wholly ill-advised interview with the S*n after his heart attack in 1992—are for another time.

He is clearly a complicated man, one whose dedication on the field was complemented with an appetite for nightlife off it, but this adds to the richness of his allure, and a balance to his on-screen solemnity.

“Being successful has always been more important to me than being popular,” Souness once explained.

“I long ago accepted that the name of Graeme Souness would top few popularity polls, regardless of whether the votes were cast by my fellow professionals or by the supporters.

“In that respect I suppose you could say that I have achieved my ambition for, thanks to Liverpool, I have a cupboard full of memories and scarcely a friend on the terraces or in the dressing room.”

And to put those medals on the table, there were 14: five league titles, four European Cups, three League Cups and three Charity Shields.

And that’s just counting those he won as a player at Liverpool; in total, it’s 27.