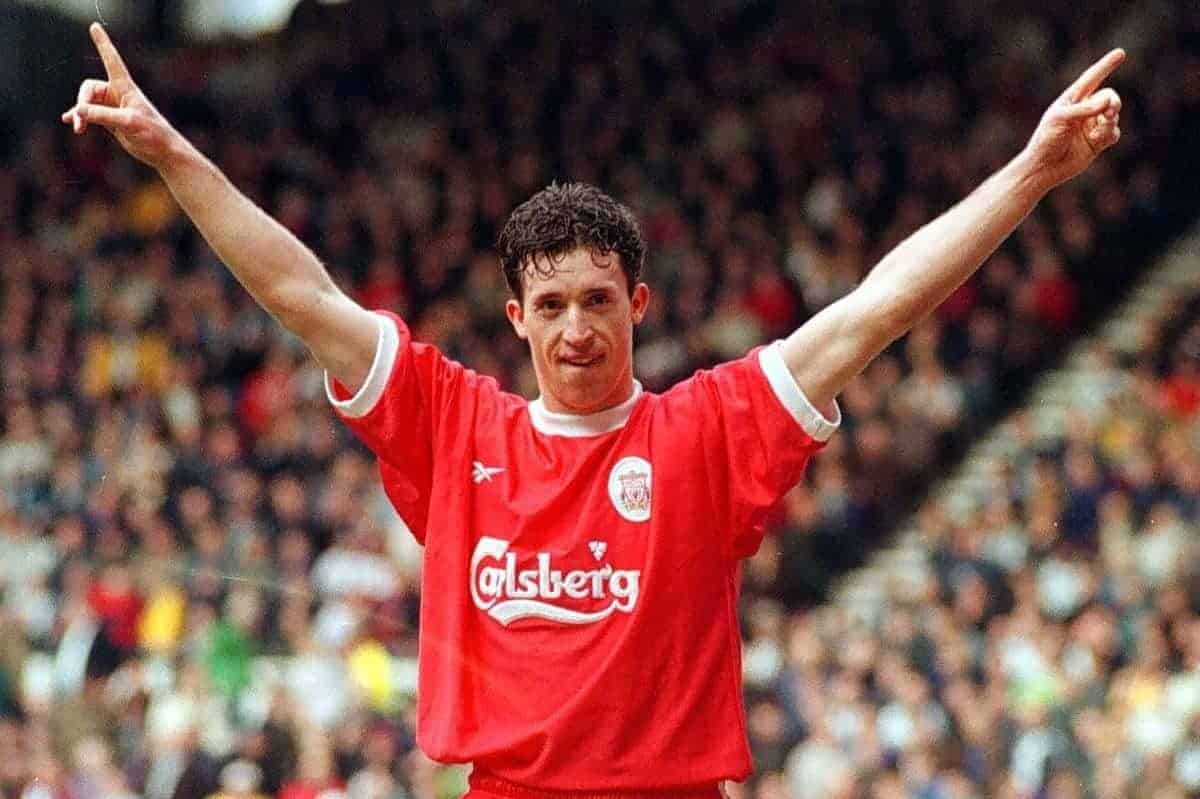 Ask Robbie Fowler, and the biggest turning point in a career trajectory that has seen him fight tooth and nail for every opportunity will no doubt have come in 1998.

With the scores in the Merseyside derby locked at 1-1 in the dying minutes, the No. 9 was looking to seal a first victory over Everton in four years, challenging for a header on the edge of the six-yard box.

Also vying for the ball were Blues substitute Gavin McCann and goalkeeper Thomas Myhre, and though the initial impact of the Norwegian’s glove with the side of Fowler’s head seemed more severe, the fallout revealed a more long-lasting issue.

Fowler was admitted into hospital and underwent surgery having torn the medial ligaments and damaged the cartilage in his left knee; the striker was mid-air when Myhre initiated contact, and was already clutching his knee when he landed.

“I remember waking up from the operation with a big gap in my leg,” he told the Liverpool Echo in 2017. “I did every ligament in my knee, and I can remember thinking I was finished.”

The World Cup was looming, and though he was out of favour with manager Glenn Hoddle after pulling out of previous squads, a dearth of options sparked hope of a focal role in France.

Hoddle expressed optimism that “he still might be available,” with doubts over the likes of Les Ferdinand, Chris Sutton and Ian Wright, but ultimately Fowler was sidelined for seven months.

The breakout star of the tournament for England was Michael Owen, who at 18 caught the eye with two goals as he gradually gained a starting spot, with his stunning solo strike against Argentina capturing the imagination despite the Three Lions’ exit. 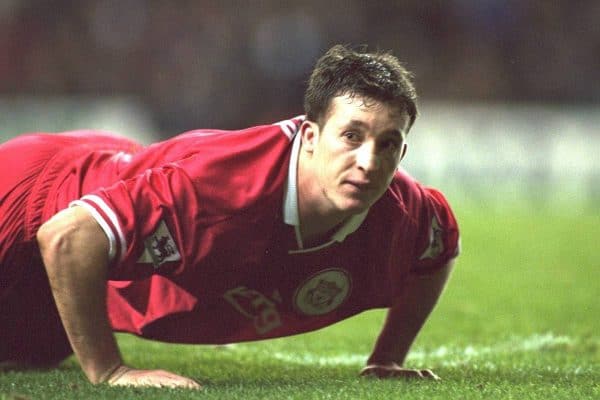 “It probably did change me,” Fowler reflected further.

“It’s all hypothetical. I could have gone on to become the best in the world—there was a World Cup that summer which I missed—but maybe not. You can’t think too much about it.”

Looking back, it is incredible how often Fowler is overlooked in the ranks of England’s greatest goalscorers, and in particularly throughout the Premier League era.

Of those, 128 came for Liverpool, with his overall tally for the club standing at 183 to place him sixth in the all-time goalscoring charts.

It is telling that 129 of Fowler’s 183 goals for the Reds came before that injury in February 1998, including three consecutive seasons in which he netted over 30 in all competitions.

An Everton fan who joined Liverpool in 1984, he was brought up through the academy while Kenny Dalglish was first-team manager, and was often driven back to his house in Toxteth by the King.

But Fowler’s breakthrough at senior level came after Dalglish’s exit, serving as one of the brighter points in the ill-fated final months of Graeme Souness’ short tenure. 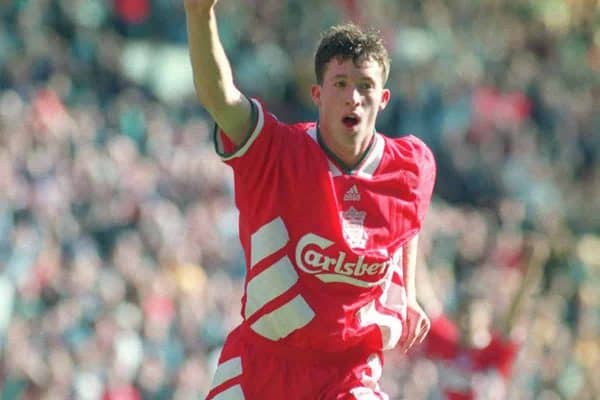 He scored on his debut, in a 3-1 win over Fulham in the League Cup second round, making his first league start three days later in a 1-0 loss at Chelsea, and within three weeks had produced a remarkable feat at Anfield.

Scoring all five goals in a 5-0 second-leg rout of the Cottagers, including a perfect hat-trick from his right foot, left foot and head, Fowler became the fifth player to net five times in Liverpool’s history.

A crowd of just 12,541 saw it unfold, with apathy growing in Souness’ final months at the club, but despite the mood around the club the Scot offered considerable praise for his new young striker, along with a dose of realism.

“He’s played four games now and everyone is going to know his name. We will do our best to make sure his life does not change one bit,” he said after the win.

“I do not want to go overboard about him, but I think he’s going to be very special.”

Ronny Rosenthal, among those competing for a place up front that season, gave an interesting insight into the situation in conversation with Simon Hughes for the book Men in White Suits.

“In training, this player was ruthless. It seemed like he scored with every single chance,” the Israeli recalled of his early memories of Fowler.

“He had a lot of confidence and mixed well with the boys. There was the swagger of a typical Liverpool lad. I remember him telling me he wanted to replace Ian Rush as Liverpool’s No. 9.

“This is quite a thing to say when you have not made your debut.

“Graeme must have been very tempted to use him [before he did]. The fans might have been more patient. But I think Graeme realised if things went wrong, as they did, it might kill the players’ progress. So he was quite selfless in that respect.”

Souness certainly deserves praise for his management of Fowler’s rise into the first team, but he was fully unleashed on the appointment of Roy Evans in 1994.

Fowler made at least two times the amount of appearances under Evans than he did any other manager throughout his 19-year senior career; he scored over three times the amount, too.

This included the long-standing record of the Premier League‘s fastest-ever hat-trick against Arsenal in 1994—since broken by Sadio Mane while at Southampton—which was one of 10 trebles he scored for the club.

Evans described Fowler as a “frightening” talent and he soon reached his target of usurping Rush as No. 9 when he was handed the shirt on the Welshman’s departure in 1996, as he made the transition from strike partner to leading man up front.

He could score from every angle, with all manner of finishes, and the frequency of his goalscoring made him one of the most popular players on the Kop; a local lad, albeit a boyhood Evertonian, who was scoring week after week for the Reds.

There was a swift pace to his game, and a canny ability to link up with his team-mates, but it was Fowler’s predatory instinct—a natural intelligence that allowed him to drift into space—that made him so deadly.

For better or worse, his character offered a sharp contrast to the more refined, even sensible Owen, and this endeared him to supporters further—he was one of us, complete with the trademark nasal strip.

Fowler’s reputation certainly dogged him, both on and off the pitch, but this only made him even more relatable, particularly with the virtue of his tribute to the Liverpool dockers’ strike following a goal in the 3-0 win over Brann in the European Cup Winners’ Cup.

His strike in the first leg of that tie should go down as one of the finest ever to have been scored in European competition, and serves as the perfect demonstration of Fowler at his prodigious best.

It’s 23 years since Liverpool drew in Brann, and Robbie Fowler produced one of the most x-rated first touches in the history of European football.

But all of this came before 1998, and that fateful challenge in the Merseyside derby, and by Fowler’s own admission nothing was the same after that.

Persistent injuries and a clash of personalities saw his fortunes fade as the Evans’ era segued awkwardly into a new generation under Gerard Houllier—Fowler was one of the old guard whose talent saw him initially endure under the Frenchman, but Owen was undoubtedly the star in attack.

His subsequent playing career, which took in spells with Leeds, Man City, a jubilant but short-lived return to Rafa Benitez’s Liverpool, Cardiff, Blackburn and then onto Australia and finally Thailand does little justice to his sensational ability.

That injury may not have been the sole defining factor behind Fowler’s early decline, but as he attests, it certainly posed the question of ‘what could have been?’.

It would be unfair to focus on what didn’t happen, however, as he should be remembered as one of Liverpool and the Premier League‘s greatest-ever strikers, and one of the club’s best-ever academy products, regardless. 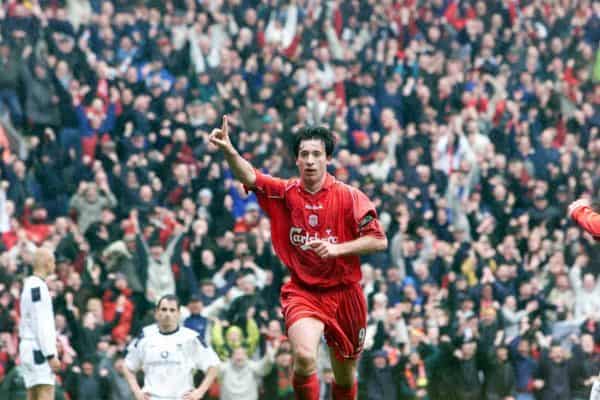 He gave Anfield joy during a heady period where a multitude of plaudits were earned but little in terms of silverware was gained—over two spells with the Reds he won five trophies, four of which came in 2001.

And now he is working to distance himself from the caricature bestowed upon him as a player, as he embarks on a managerial career that he accepts will see him take the long route, unlike contemporaries such as Lampard, Steven Gerrard and Ryan Giggs.

“I wanted to do things properly and show people how serious I was. Hopefully that perception of me has now changed,” Fowler told The Athletic.

“I actually think it’s a similar story in terms of my playing career. What I mean by that is I don’t think I get the accolades I probably deserve when people talk about footballers over the Premier League era. I’m not sure why I don’t get that status.

“Listen, I’m not saying I was the best Premier League striker ever, but I do sometimes feel that some people gloss over what I achieved.”

He certainly isn’t wrong, but over time that perception should change; Fowler is, undoubtedly, one of the greats.