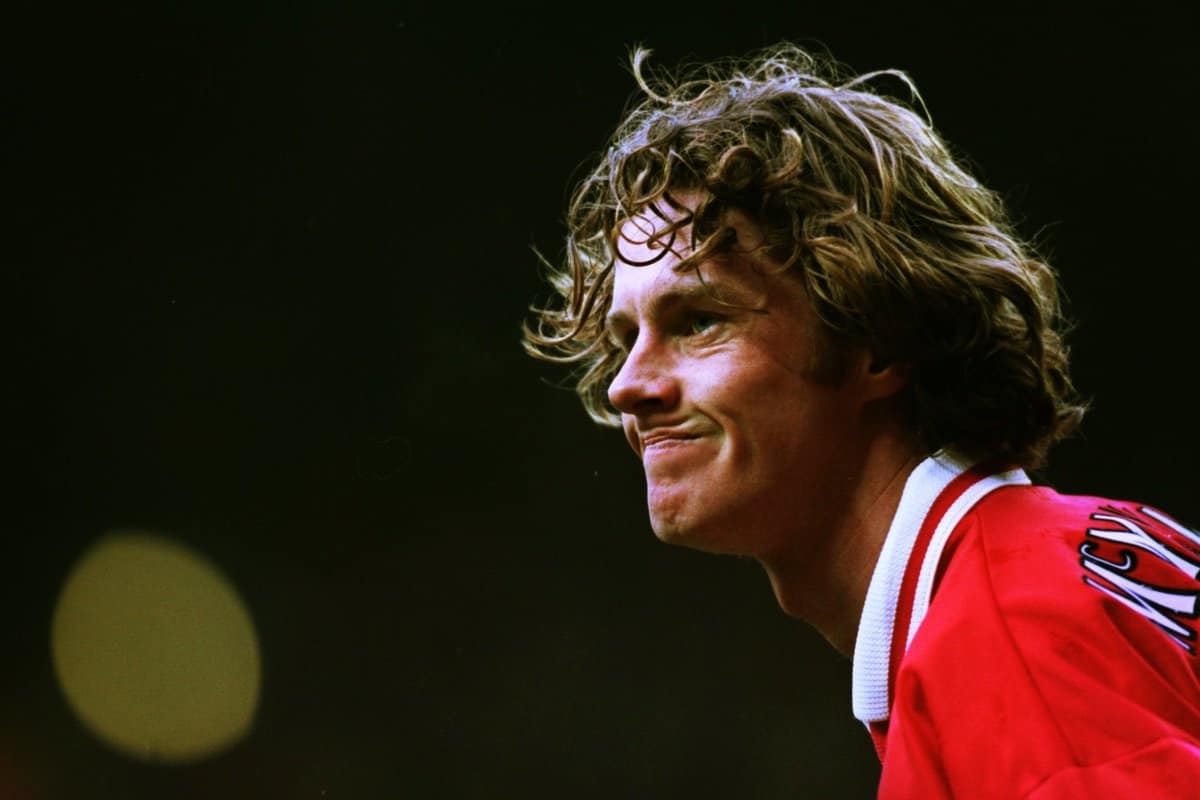 In 1995, a 23-year-old from Bootle ran the League Cup final, scoring both goals at Wembley to clinch the trophy for Liverpool, and himself the Man of the Match award.

McMamanan was effectively given a free role against Bolton that day, as was typical of Roy Evans’ system, allowing him to drop deep in central areas, picking up the ball to drive forward and interchange with Ian Rush and Robbie Fowler.

His first goal came from a surge through the middle, fed through by John Barnes, escaping the attentions of three Bolton defenders and driving it through Keith Branagan and into the back of the net with his right.

But his second was even more impressive, with David James kicking off a counter-attack to allow McManaman to play a one-two with Jamie Redknapp before waltzing down the left, past a series of challenges, to fire low into the bottom corner.

At times he barely jogged, but McManaman’s trickery and turn of pace bamboozled a hopeful Bolton, and despite a late goal from Alan Thompson his display had decided the final. 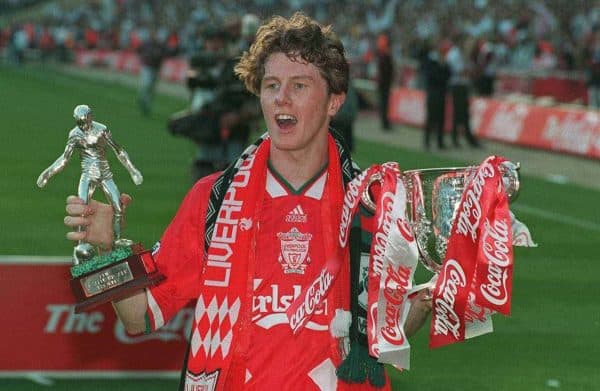 “He could do special things that only a few players I played with could. Even in training he was that good, sometimes you didn’t want to be against him.

“I don’t think we perhaps appreciated him as much as we should have done really. He was a class player, one of the best players I had played with.”

Redknapp’s view that McManaman was under-appreciated has proved an understatement in the wake of his free transfer to Real Madrid in 1999, as a soured reputation has led many to gloss over his accomplishments, and the joy he brought to Anfield.

As a ’72 baby, McManaman was slightly older than Fowler and Redknapp, and long predated the breakthrough generation that included Jamie Carragher, Michael Owen and Steven Gerrard, having debuted in Kenny Dalglish‘s final season as manager in 1990/91.

He scored 11 goals in 51 games in his first full campaign with the senior squad, under Graeme Souness, who described him as having “the chance to be one of the great players.” 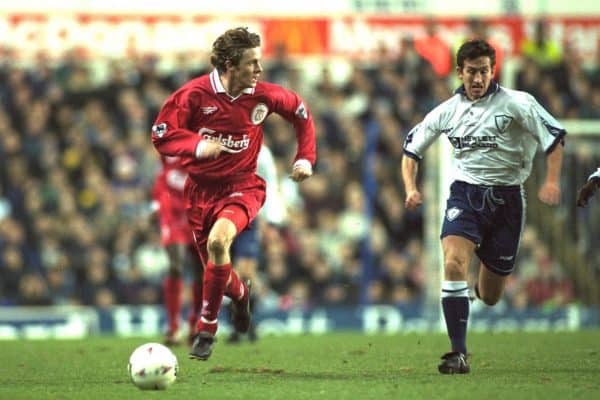 By the time Evans had fully established the successful core of his attractive, attacking side in the mid-1990s, McManaman was a seasoned veteran of five seasons, and this experience despite his relative youth made him a key cog.

There were many other games like the 1995 final, where McManaman’s poise and composure allowed him to dictate; so much so that Alex Ferguson focused his team talks before Man United‘s clashes with Liverpool almost solely on stopping him.

The notion was stop McManaman and you could stop Liverpool, to the point in which this is often held as a detriment to Evans’ tactical work, with the curly-haired midfielder the jewel of his 3-5-2 formation.

He put the likes of Southampton, Leeds, Arsenal and Aston Villa to the sword with excellent performances, but perhaps none more so highlighted his genius than the 4-3 win over Newcastle in April 1996.

It was a game that saw both sides unleash their shackles entirely, and it is still widely considered the best showcase for the Premier League as its 25th anniversary nears.

The image of McManaman charging towards the Newcastle box, drawing four defenders to him, before laying it across to Fowler for Liverpool’s second goal serves to illuminate his magnetic quality. 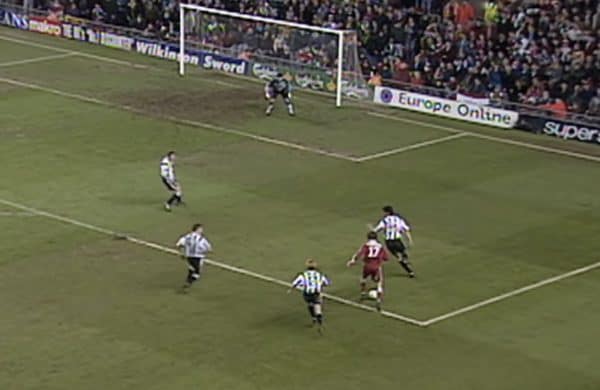 But that kamikaze night at Anfield encapsulated why Liverpool weren’t taken quite as seriously as they should at their peak under Evans, which saw them never finish above third.

Instead, their reputation as the Spice Boys preceded them, with McManaman one of those most regularly targeted by the tabloids for his lifestyle off the pitch.

The Reds were entertainers when United and Arsenal were winners, and though they weren’t far off matching their rivals—and reinforcing the core of Evans’ defence would have gone a long way to doing do—a lack of silverware is evidence of their weakness. 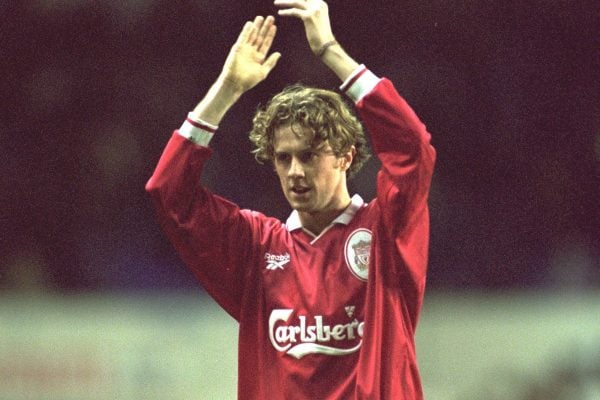 By 1999, then, McManaman was nearing 27 and had been in Liverpool’s first team for eight seasons, playing 364 times for the club and scoring 66 goals—despite a perception that he did not find the back of the net as regularly as he should—but winning just two trophies.

Both player and club had already rebuffed big-money advances from the continent, including a £12 million bid from Barcelona in 1997 which Liverpool accepted but McManaman was reluctant to agree to.

Having played a prominent role in the Three Lions’ surge to the semi-finals of Euro 96, McManaman was largely overlooked before, during and after the 1998 World Cup, playing just 17 minutes in France.

This, combined with the attraction of opportunities abroad, painted the midfielder as something of an outsider, compounded by the arrival of Gerard Houllier as Liverpool manager in 1998, and the death of the Spice Boys era.

Within two years of Houllier’s appointment, Jason McAteer, David James, Neil Ruddock and Paul Ince had all left the club, while injury saw Fowler phased out as Owen took to the fore. 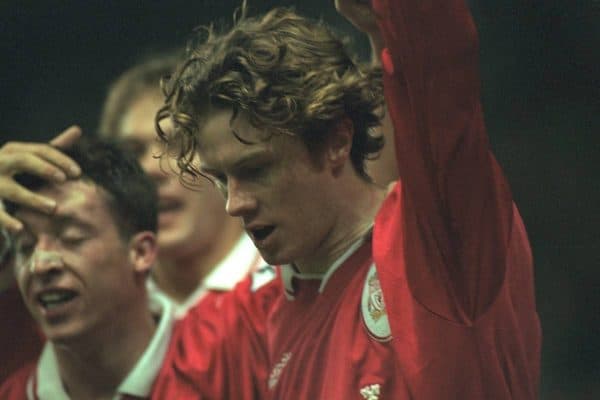 McManaman also departed, as one of the most high-profile free transfers since the Bosman ruling was introduced in 1995, having announced his decision to leave the club for a move away from England in the final months of his contract.

Liverpool had offered similar terms to the £50,000-a-week deal McManaman ultimately agreed with Real Madrid, but the lure of Spain and the Champions League was too strong.

As was the prospect of playing with the likes of Raul, Roberto Carlos and Fernando Redondo, and though he arrived with Real in a state of disarray—with John Toshack succeeding Guus Hiddink as manager early in 1999—he joined a squad regularly competing in Europe.

In his first season with the club McManaman had lifted the Champions League trophy, with the arrival of Vicente del Bosque coinciding with an exceptional rise in fortunes in Madrid.

He had followed the likes of Kevin Keegan, Graeme Souness, Mark Hughes, Paul Gascoigne, Gary Lineker and Chris Waddle as British players who had tested themselves away from the relative comforts of home soil.

And over the course of his four seasons with Real, before a return to England with Man City in 2003, McManaman played with luminaries such as Claude Makelele, Luis Figo, Zinedine Zidane, Guti, Iker Casillas and, briefly, the great Ronaldo. 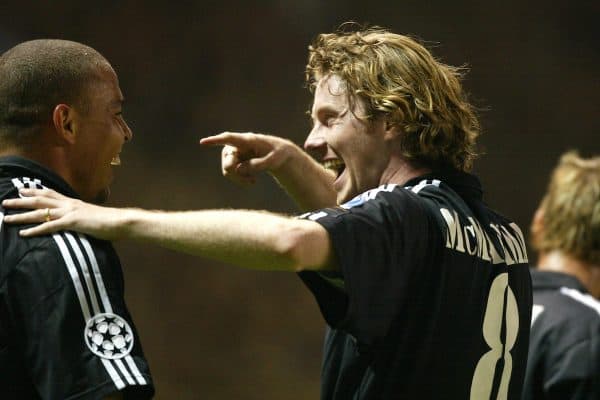 His was a more functional role at Madrid—Johan Cruyff described him as “el socio del todos,” or ‘everyone’s partner’—denied the freedom he enjoyed at Liverpool, but he still shone when the occasion required.

To this day, only two English players have represented a foreign club in the Champions League final, and McManaman was the first; that he scored the second goal in Real’s 3-0 win over Valencia in 2000 only adds further distinction.

In the history of the European Cup, only three other Englishmen have featured in the final—Keegan, Waddle and Laurie Cunningham—and of those, none were able to clinch the trophy.

Extending that wider, Gareth Bale is the sole UK export that has played and won more European Cup finals than McManaman, with the Welshman lifting the trophy four times to his predecessor’s two.

That puts McManaman’s decision to leave Liverpool for Madrid into perspective, and highlights the undeniable, world-class talent he possessed.

The issue in Liverpool was and, for many, remains the manner in which he left, with his depiction as a Judas figure, who kept the club in the dark before leaving for riches abroad, depriving him of the adulation he deserves. 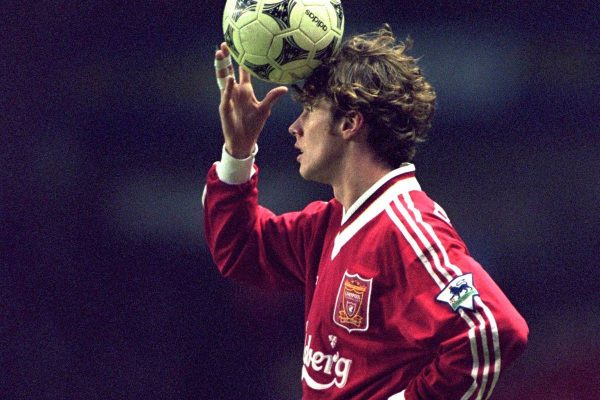 But this is an unfair portrait of a player who assumed responsibility with the Reds at a young age, led them to a mesmeric degree and then, with glory fading, opted for a new challenge.

“The Bosman thing was one of those things, but it certainly wasn’t financial, because the money Liverpool offered me at the end to stay was virtually on a par,” McManaman told Graham Hunter on The Big Interview podcast in 2016.

“I actually just wanted to leave, I wanted to go and play abroad.

“I hadn’t played in the Champions League, I was playing really good football and I needed to test myself.

McManaman was caught between generations, having travelled with the last Liverpool squad to win the top flight but only breaking through in those fleeting years of the early 1990s, and ironically leaving before the UEFA Cup triumph under Houllier in 2001. 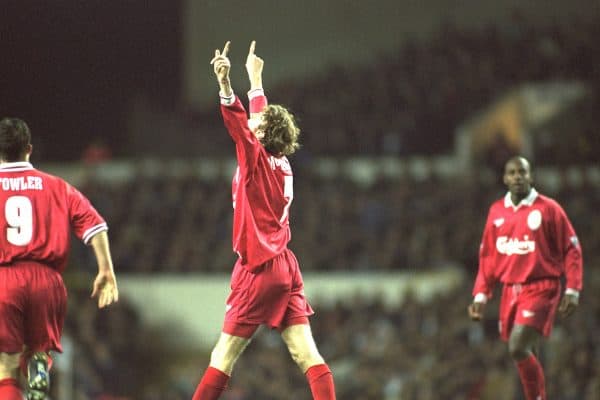 He joined a culture at Real that was more akin to the dominant Reds sides of the ’70s and ’80s, whose winning mentality saw every trophy followed by the question ‘what’s next?’, and he should not be admonished for pursuing that.

There is no animosity from his end, and despite growing up an Everton supporter he is still to this day a Liverpool man, who has worked with the club’s youngsters since 2013 as a mentor and part-time coach, regularly attending academy games.

To younger supporters, he may even be more well-known for his work with BT Sport, as a colour commentator synonymous with the Champions League, than as the dazzling, fleet-footed playmaker that he was in his playing days.

That is almost tragic, as regardless of the fallout of his move to Spain over two decades ago, McManaman is one of the most underrated talents Liverpool have been blessed with in the Premier League era.