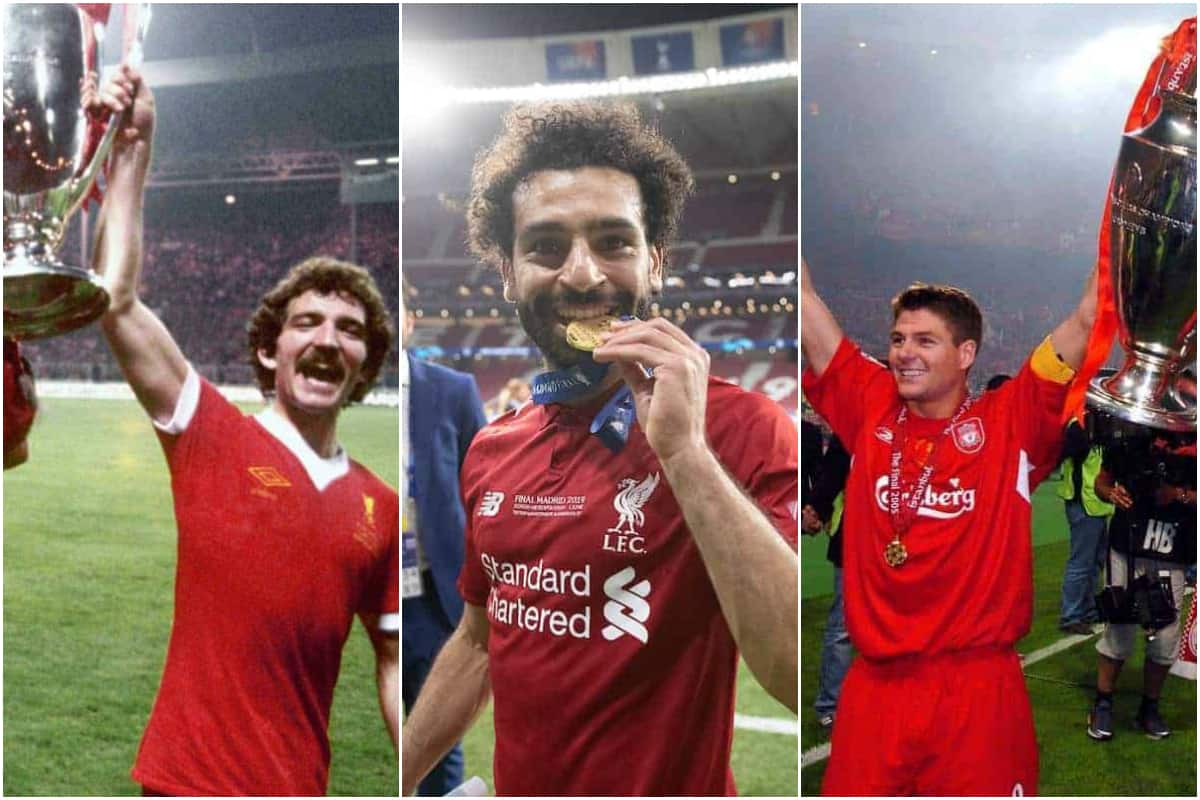 Jamie Carragher has brought another challenge to football fans, involving this time forming a team of Champions League winners—so we’ve created our own Anfield five-a-side version.

The former Liverpool defender has been entertaining the masses with his wide-ranging interest in the game and knowledge of history, picking teams based on certain mix-and-match criteria.

One recent version saw him ask for a World XI which we put a Liverpool spin on, searching for the best lineup with only one player per nationality.

Now Carra has narrowed the options even further, looking for an XI of Champions League winners with no more than one player from each side which lifted the trophy, while maintaining the usual one-per-nationality rule.

Naturally, Carra picked former team-mate and captain Steven Gerrard as his Liverpool representative, with a host of other star names making his pick.

BUT using each winner & any nationality ONLY once.
Players MUST have won CL with that club.
But CAN have played for more than 1 winner.
? pic.twitter.com/aMX0TEaxFC

But what about Liverpool only?

We are one of the few teams who could take one player from each European Cup-winning side and field an entire five-a-side team; considering most Premier League rivals cannot even offer up an option for a game of Wembley Singles, it’s a reminder of the rich and storied history of Liverpool FC.

So we’ve done exactly that, using the following rules:

While anyone who has played at fives knows the last rule is somewhat open to interpretation, with more positional fluidity, we’re keeping it plausible at least: one goalkeeper, one ‘stopper’, two all-rounders and a goalscorer.

If you want Trent Alexander-Arnold in the team from 2019’s win, for example, he’s more suited to being one of your all-rounder picks rather than a defensive stopper, even though he’s nominally a defender rather than midfielder.

We won’t enforce the ‘one nationality’ rule though, as most of the earlier lineups were almost entirely comprised of English and Scottish players, with just a couple of exceptions.

There’s a choice of four goalkeepers in total, with Ray Clemence having been the No. 1 for our first three European Cup triumphs.

While current incumbent Alisson might be the perfect modern-day ‘keeper, we feel that for the mayhem and close-range nature of five-a-side, it’s the athletic, agile and acrobatic Bruce Grobbelaar who best fits the bill.

‘Brucie’ was known for his improbable recoveries, lightning reflexes and ability to seemingly bounce off the floor to thwart oncoming attackers, all traits which would prove as important as his shot-stopping in this environment.

Plenty of choice for a top defender from our triumphs, but we’ll go for ‘Crazy Horse’ Emlyn Hughes, who skippered the ’77 team to success.

Aside from being a brilliant one-on-one defender, very aggressive and versatile in his position in the team, he could also carry the ball long distances very quickly—a useful trait in five-a-side.

His physicality and power made him tough to stop and he knew where the goal was, scoring just one shy of 50 throughout his Liverpool career. 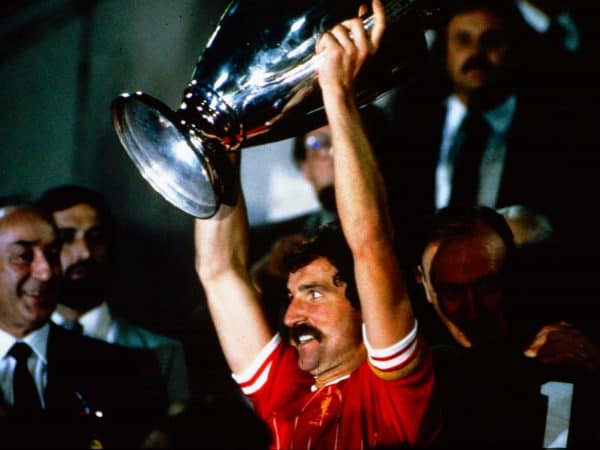 Into the middle of the park and we’ll go for Souness first, a rock-solid player who would certainly cover defensively when Hughes strode forward, but who would never miss a tackle or a pass in the centre, either.

He could shoot from miles out, had the technique to play quick, short balls or clever, longer ones through a gap and nobody would out-work him during the game.

As is already apparent, there’s going to be quite a battle on within the team just to see who picks up the trophy they’d inevitably win; Souness didn’t captain this team to European glory, but he was every inch skipper material—and proved as much in future.

This legend did lift the trophy though, in one of the most unforgettable, iconic sporting events of all time, never mind just within Liverpool or football history.

He’s another we know wouldn’t shirk the defensive side when required, but in five-a-side we’ll be hoping to unleash him as a major attacking influence whenever possible.

Gerrard to captain the team, perhaps? 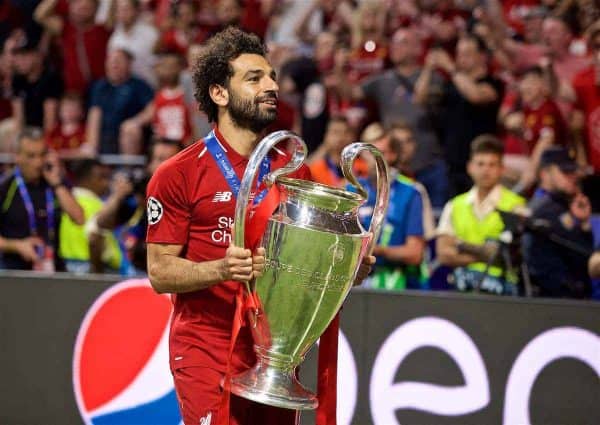 It’s a tough call who should be the starting forward, or goalscorer of the team at least, but Mo Salah has proven he has a deadly eye for all types of finishes.

From close-range tap-ins to individual moments of brilliance, he has the quality on the ball and composure in front of goal which must make him a nightmare to face in training or small-sided games. He also has the all-important quality of lightning pace, key to scoring breakaway goals in the blink of an eye on a smaller pitch.

Give him half-a-dozen chances in a half-hour game and you’re probably scoring four or five of them, so Mo makes our lineup.

Controversial? Perhaps the club’s greatest-ever player, only on the bench?!

Well, we’re confident that Mo would nab the 20 or so goals in three games that five-a-side can bring, while Kenny could operate in a couple of areas coming off the bench with the roll-on, roll-off system commonly used.

Also, we know he’s a great man for the big occasion if the score is tight in the final—plus he has the experience to be our player-manager from the sidelines—a perfect win-win scenario for all!

Who would make your Liverpool European Cup five-a-side team? Let us know on Twitter @thisisanfield or in the comments section below!