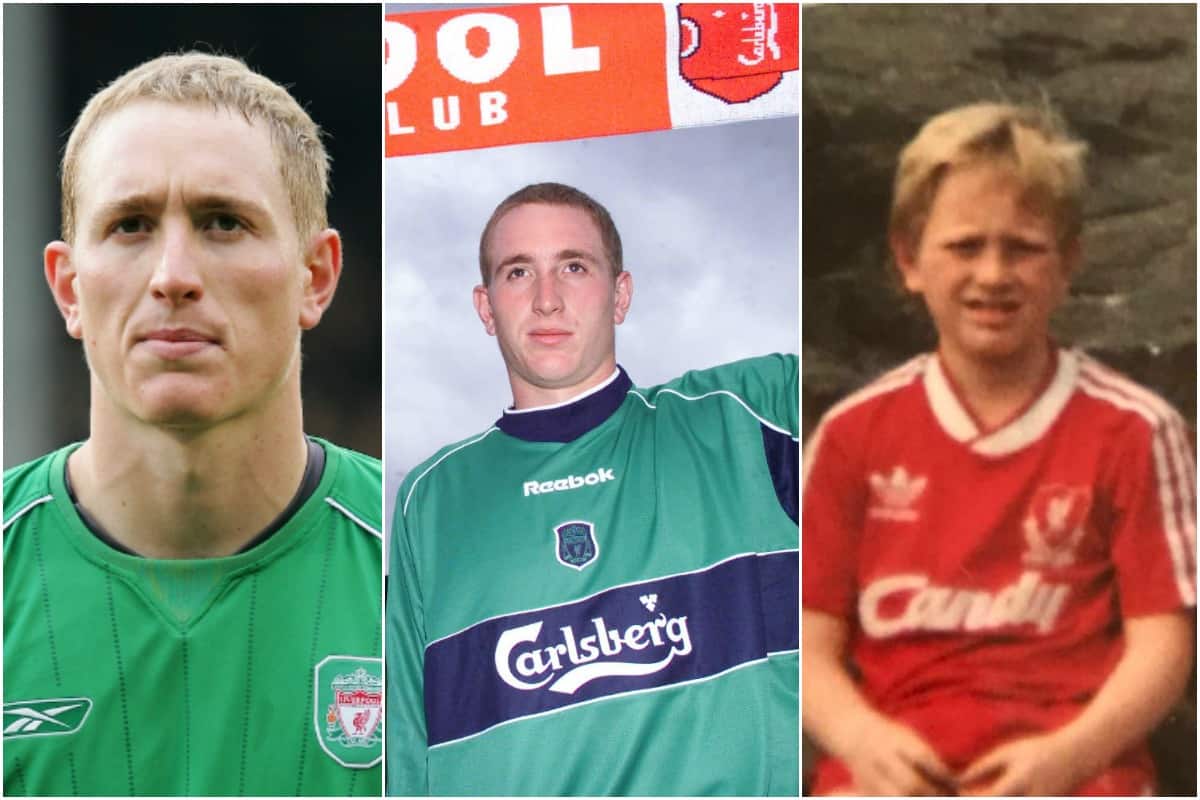 The latest in our ‘My Liverpool Life’ series sees former goalkeeper Chris Kirkland share his colourful tales and stories of life as a Red.

My dad was a Leicester fan, I just watched [Liverpool] on the TV, saw the red kit, saw the Candy kit and thought ‘I love that kit’ – I want to support them.

We use to get the bus up from Hinckley in Leicester, it took about five hours to get up so we’d set off at 7am and get to Anfield for 1pm, watch the game, leave about 6.30pm and get home for about midnight.

They were the best days, 18 hour days but we got up to quite a few games when my mum and dad could afford it. I’ve always been a Liverpool fan.

My first Liverpool game was…

In 1988, when I was seven. I think it was Brentford, a 4-0 win. John Barnes scored and Jan Molby might have scored.

We were standing in the Kop, which was brilliant.

The day I came to sign for Liverpool I actually went and sat where I used to stand as a kid, all the hairs started standing up and it just brought back all the memories of being with my dad many years ago.

What the club means to me…

I’d do it all again for just one game for Liverpool, that’s how much the club means to me. Luckily, I’m still heavily involved to this day.

It’s a dream come true for me. I work match days and I work with legends, proper legends, that I use to watch growing up – Bruce Grobbelaar, Phil Thompson [just to name a few] – and to work with them now is an absolute dream for me.

You sustained a serious knee injury in 2003, derailing the push to establish yourself as No. 1…

That was 15th, 16th game on a spin and I was playing quite well, I think there was an England squad the next week and I was going to be in that and start and then [the injury] happened and all of a sudden you get brought back down to earth. 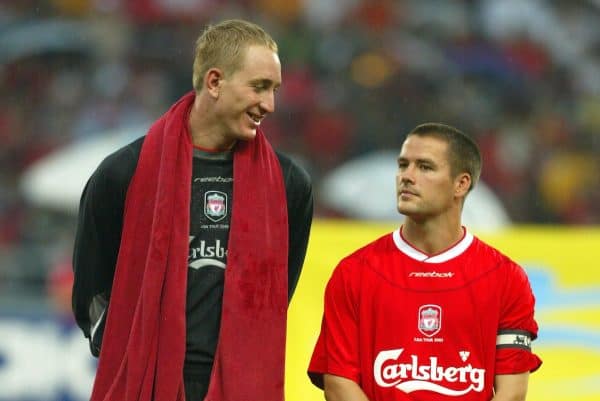 I had slid out and Dele Adebola, who is a big lad himself, and he slid in and we collided knee to knee and I came off the worse and it shattered my cruciate ligament and my PCL and I was out for seven or eight months.

It does knock the stuffing out of you.

The tale of Scott Carson and the 2005 Champions League medal, what happened?

He offered me the medal. We were out in Istanbul, I was there with my wife and we were on the pitch at the end celebrating obviously and Scotty comes up to us and says ‘you deserve this you played in a lot in the early rounds, played against Olympiakos – I don’t deserve this.’

And that’s just the type of lad Scotty was. I’ve been friends with him for many years and I just said, ‘Listen, mate, you deserve it. You’ve been involved today.’

If you play in the early rounds or every round, even if you play the semi-final, and you don’t play in the final of the competition you don’t feel as though you deserve that medal.

The final is the final, it’s a one-off game. Regardless of if you played in the earlier rounds, you don’t really feel as though you’ve earned it – which may sound daft to some people but I think if you ask most footballers they’d say the same. 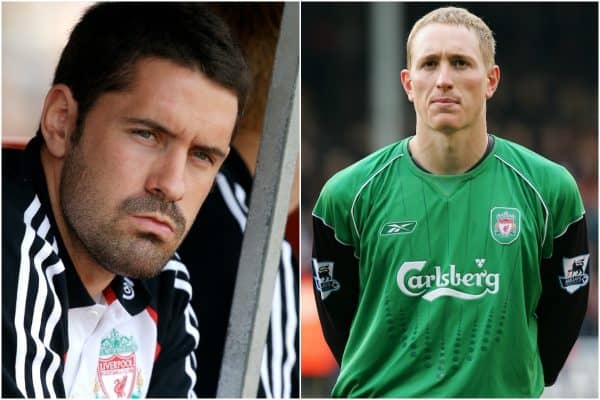 I was meant to have a medal but Rafa had a big staff contingency and I know my medal got pinched by one of them so I never ended up getting a medal and that’s why Scotty did what he did.

I had the same situation when we got the League Cup final when I did my knee so I missed it, I played in all the rounds, played against Sheffield United in the semi-final, but there was only a certain amount of medals.

Not enough for everyone who was not on the bench but Gerard Houllier came up to me and gave me his which shows the type of manager and man he was.

I knew my time at Liverpool was coming to an end…

I knew my time was up, Rafa told me that he was wanted another ‘keeper and I wasn’t going to be involved that much.

He then brought Pepe [Reina] in which was a great signing for the club, but he told me he didn’t want an English goalkeeper in goal and he was going to buy a foreign goalkeeper and I could leave. 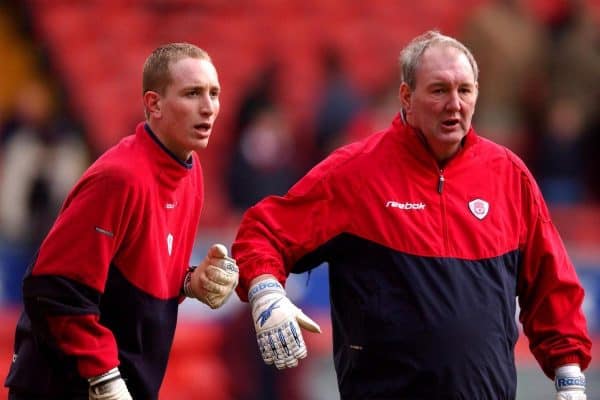 I had three or four years left on my contract but I knew I had to leave. I knew wherever I went I had to get back to an English goalkeeping coach because when Rafa came in he obviously brought a Spanish goalkeeper coach and it just didn’t suit my training.

I had been brought up to work hard, repetition, up-downs, it was the only way I knew. Training with Joe Corrigan at Liverpool was relentless and made me the ‘keeper I was.

Then all of a sudden it got flipped again with a different style of training, very laid back and I’d come off the training pitch not sweating and it affected my form, I wasn’t sharp.

I knew I had to leave anyway but I was very conscious of where I went next and it was actually to West Brom on loan first and Corrigan was there.

Gerard Houllier because he signed me and really looked after me when I did my knee at Crystal Palace, he sat down next to me on the plane on the way home and said ‘I want to give you a new contract’.

I still had four years left on my deal but he said it doesn’t matter, we look after players here and he gave me a new six-year contract the day after so I owe him a lot. I’ve seen him at certain games but I owe him everything really.

Probably Ray Clemence as well, we keep in contact now and then it’s got to be Kenny – 100 percent. He’s just Liverpool isn’t he? Mr. Liverpool.

* Thanks to Chris for sharing his ‘Liverpool Life’, you can read more from Chris on his advice for mental health here.