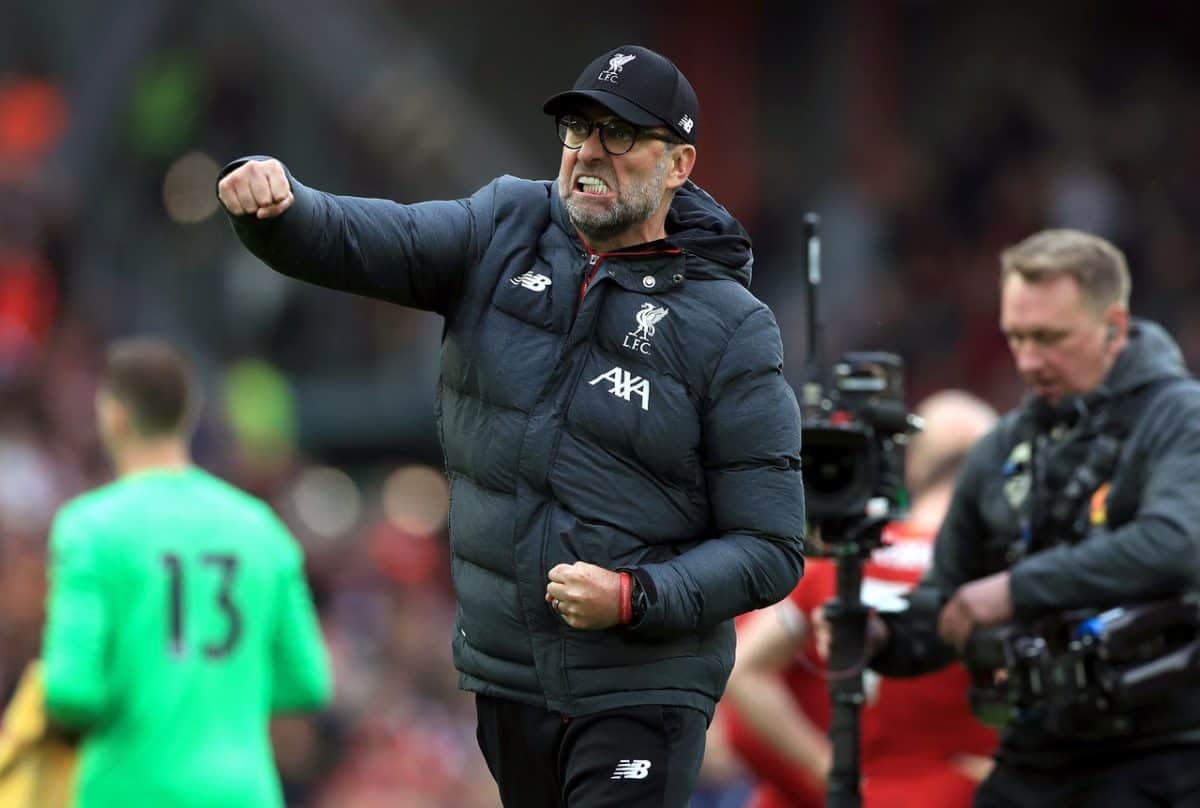 Jurgen Klopp accepts Liverpool will not be at their “all-time best” when football returns, but vowed they will be in their “best possible” shape to clinch the title.

The Reds are just six points away from winning the Premier League for the first time, but a conclusion is yet to be reached on when football will resume in England.

That decision is likely to be made in the coming days, with the 20 clubs due to vote on their return to training on Monday morning, and Klopp is among those eager to conclude the season on grounds of sporting integrity.

Players and managers have expressed concern over the lack of training time anticipated before the league is restarted, but speaking to Football Focus over the weekend, the Liverpool manager acknowledged this is as one of many challenges in a typical season.

“We’re pretty much all in the same situation,” he explained.

“That’s exactly the same situation for the other teams. Whenever we will start, we’ll have the same time for preparation.

“And our job was always, and will always be, to use the situation you are in. We will be in as good a shape as possible, and that’s what we have to use then.”

Klopp was watching intently as his old side Borussia Dortmund kicked off the Bundesliga’s return over the weekend in the Revierderby, thrashing rivals Schalke on their way to a 4-0 victory.

The resumption of football across Germany’s first and second tiers is seen as a marker for the rest of Europe, and in particular England where the clamour for its return appears the most fervent.

As is likely in England, the decision was made to not play games in neutral venues across Germany, but naturally they were played behind closed doors, which made for a strange experience for players and fans alike.

But Klopp insists football remains a “wonderful game” regardless of many people it is played in front of, and believes this should not detract from the spectacle.

“We all started playing football without supporters, we loved this game not because of the atmosphere in the stadium,” he said.

“Meanwhile, we are used to it, and we know that’s the real football.

“But now we cannot play like this for hopefully only a few months; that doesn’t mean that the game is still not a wonderful game.

“I really hope that it works out in Germany, and that we can then start it at some point in England as well.”