Every game remaining in the Premier League season could be televised live, as per the latest reported plans.

The ‘festival of football’ proposal comes as scheduling officials and broadcast partners aim to provide as many games with their own television slot as possible with games to be played behind closed doors once a return date is put in place, according to the Times.

Six of Liverpool’s remaining nine games were set to be broadcast live on either Sky or BT in the UK, with May’s fixtures having yet to be allocated before the pandemic suspended fixtures. 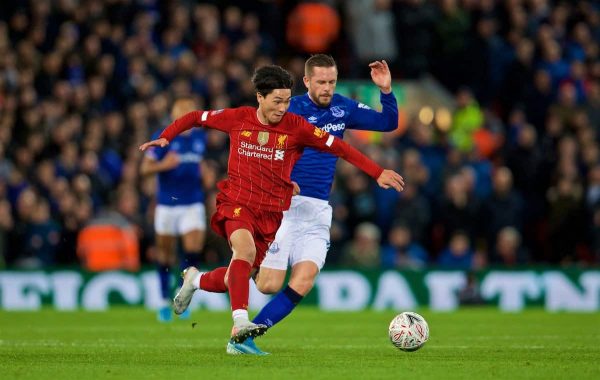 The intention would be to hold between three and four Premier League and Championship games each day at different times, a plan which is said to have government support as it will assist in keeping people indoors.

Sky Sports and BT Sport are to be the main suppliers, as usual, but the 45 Premier League games which had yet to be picked up could be presented on their respective YouTube channels or through Amazon Prime.

The proposal, of course, remains dependent on the government giving the green light for football to resume in June, with Premier League clubs set for a shareholders meeting on Monday.

The update on the lockdown by Boris Johnson on Sunday will underpin any such discussions, ones which also include the use of eight to ten neutral venues to complete the season.

It is a hurdle the league must overcome to proceed with ‘Project Restart’, as clubs near the bottom of the Premier League table are opposed to forfeiting their home advantage.

But conveniently, that stance would change should relegation be taken off the table as they argue it would then be impossible to uphold the integrity of the competition.

They are clearly not accounting for the fact that ‘null and void’ is off the table and they would then be leaving their survival to a merit system, for example.

All should become clearer, however, on Monday when the Premier League meet to decide on the use of neutral venues, with a 14-vote majority expected to be needed, in addition to protocols required for training and fixtures to be discussed.