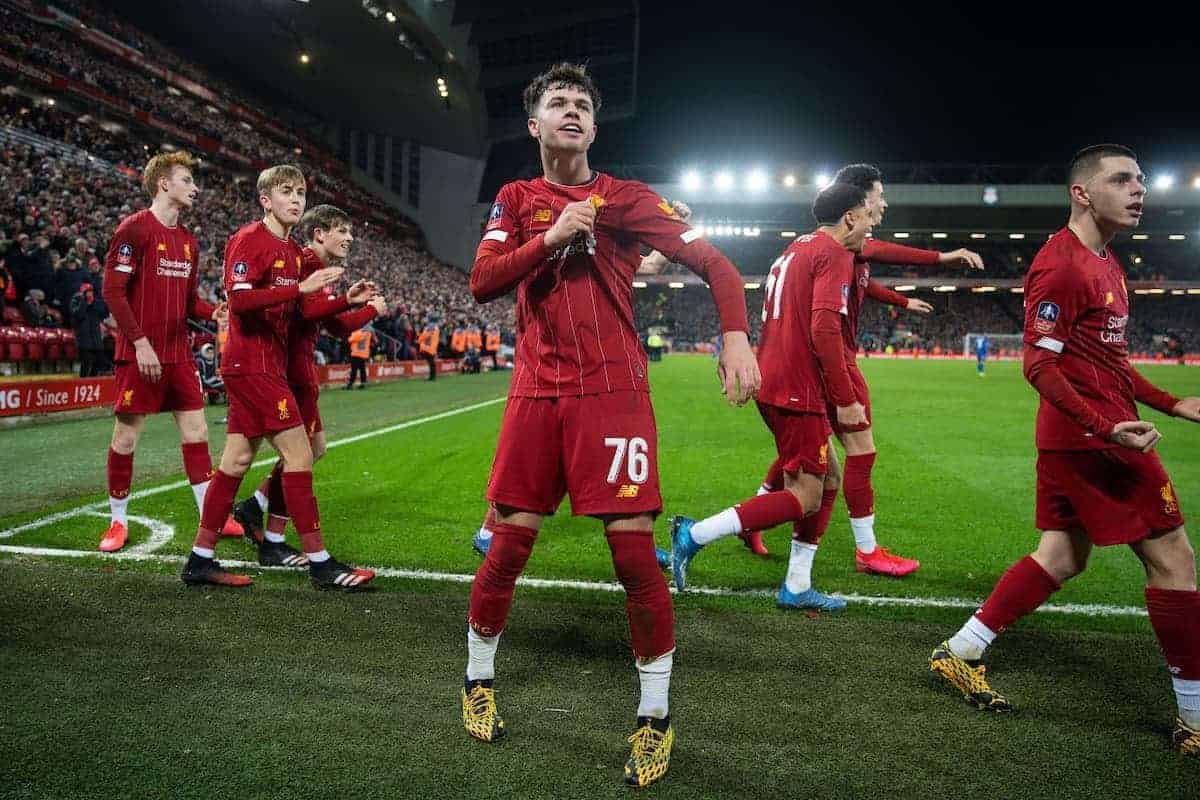 The 2019/20 season for academy football has been terminated with immediate effect due to the coronavirus, ending a memorable campaign for Liverpool’s youngsters.

The ruling was made public on Friday but it is in no way linked to the return of first-team action, where hopes remain that fixtures can resume in June.

The decision for academies across all levels of the English Football League (EFL) and Premier League was made at this stage to give all staff and players clarity during what is a turbulent time.

A decision as to how the final league standings will be made and the subsequent outcomes are to be decided at a later date.

Prior to the season being postponed, Barry Lewtas’ U18s side sat in second place after 15 games, 12 points behind leaders Man City with two games in hand, while following 17 games the U23s were in fifth position after picking up 26 points.

A statement released by the EFL said:

“The methodology for determining the final League standings or other outcomes for the season will be decided at a future date.

“Additionally, it is intended that any fixtures for the 2020/21 Academy season will not commence any earlier than would usually be expected.”

It has been a memorable season for members of the academy with 20 making their Liverpool debut throughout various cup tournaments, with notable highs of a penalty shootout win over Arsenal and the youngest-ever assembled side overcoming Shrewsbury at Anfield in the FA Cup.

But with the Premier League reiterating their commitment to completing the current season, further opportunities could come their way in Liverpool’s remaining nine games.