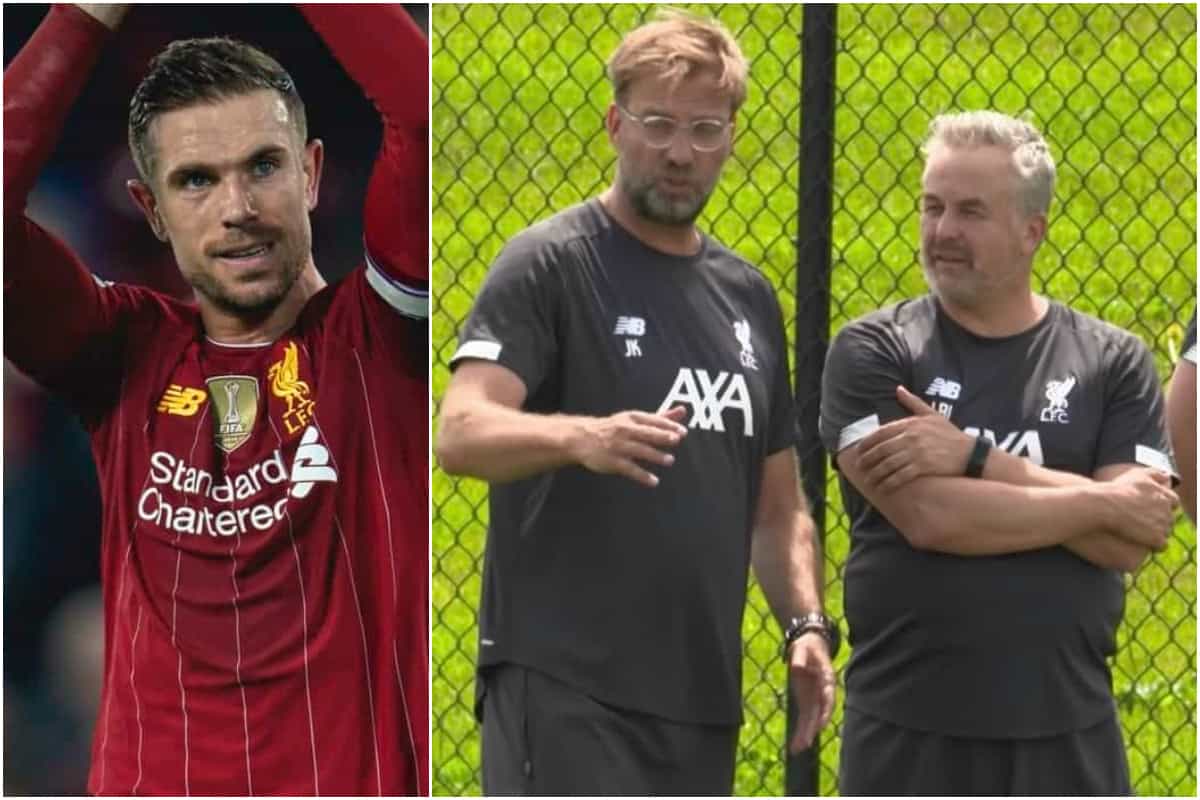 Liverpool psychologist Lee Richardson has highlighted the four players with “a real fire in their bellies,” forging a mentality like “those heroes of the 1970s and 1980s.”

Richardson has been working with the Reds since last June, and now operates from an office at Melwood, though his duties have been restricted to Zoom during lockdown.

The 51-year-old has maintained contact with the squad throughout, providing support during a difficult period, along with breathing exercises to cope with the stress and anxiety of life in isolation.

He has also been able to conduct media duties, including a compelling interview with Jonathan Northcroft for the Times, in which he elaborates on his “prepare, perform, reflect, refine” mantra.

“In terms of one-to-one work each player is different,” Richardson explains, though he has had “quite a few conversations with a few players” in recent weeks.

But his role isn’t solely to give advice to players—it is also to help foster a winning mentality and build momentum as Liverpool aim for a period of sustained success.

When it comes to Jurgen Klopp‘s squad, Richardson believes there are four players in particularly whose drive and professionalism help push the Reds on.

“All the players have impressed me but four who have really done so are the nucleus of senior, British lads at the heart of the group,” he said.

“Jordan Henderson, James Milner, Adam Lallana and Andy Robertson are very much a driving force. Their professionalism is a bit special. They have a real fire in their bellies.

“That culture to keep striving goes back to Liverpool’s past. The Sounesses, the Dalglishes—all those heroes of the 1970s and 1980s were relentless robots when it came to being the best.”

It is quite the compliment to compare any current players with the likes of Graeme Souness and Kenny Dalglish, who were part of a side that won league titles and European Cups on a regular basis in the 1980s.

But that is hugely encouraging, and goes some length to explain why Klopp so cherishes his British core, as they help steer their team-mates forward.

Lallana will be departing the club at the end of the season, and this could leave a big hole in the squad, particularly in the dressing room, with Neco Williams and Harvey Elliott both attesting to his leadership of late.

Liverpool may require other characters to step up—they aren’t short of leaders, with Virgil van Dijk and Gini Wijnaldum both vocal figures—and Richardson’s influence may aid them in doing so.