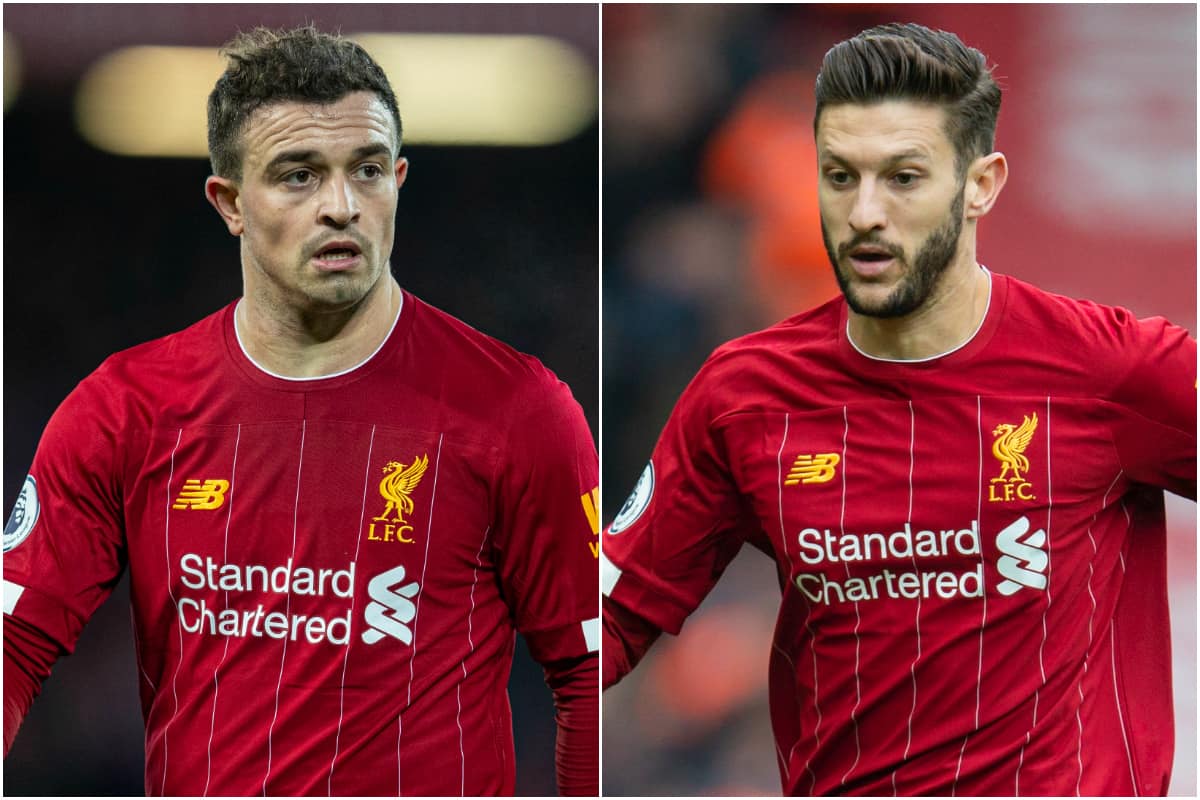 Xherdan Shaqiri and Adam Lallana could both leave Liverpool but stay in the Premier League next season, with clubs from the English top flight registering interest.

The Reds could be two attacking options short heading into the new campaign as both Shaqiri and Lallana head for the exit.

Shaqiri has struggled with injuries and competition for places during his time at Liverpool, and this season has made just 10 appearances, while Lallana’s six-year spell on Merseyside will end on the expiry of his contract.

Jurgen Klopp will have no doubt already identified their replacements, and they could be from within his current squad as Harvey Elliott and Curtis Jones are primed to step up.

But Shaqiri and Lallana are yet to seal their next destination, though reports on Tuesday night revealed a possible new club for each of the experienced duo.

According to the Mail, Newcastle have earmarked Shaqiri as a big-name addition on the eve of their potential, controversial takeover from the Saudi Arabia PIF.

The Magpies are said to have already approached the Swiss’ representatives, and “Liverpool will not stand in his way if a suitable offer is made to sign him.”

Liverpool had set a price tag of around £27 million for the 28-year-old in January, amid interest from Sevilla and Roma, but it is likely this would be impacted by the current financial situation.

However, the prospect of Saudi funds being pumped into St James’ Park does make the Reds securing their ideal fee more feasible.

The Mail‘s Dominic King also mentions interest in Lallana from Burnley, which has been corroborated by the Mirror, as the race to sign the England international intensifies.

Along with the Clarets, Leicester, Arsenal, Tottenham and West Ham are all hopeful of sealing one of the most attractive free transfers of the upcoming window.

A move to Burnley may be the least appealing to Lallana, though it would almost certainly guarantee him a leading role under a manager who cherishes English talent.

Leicester are widely considered his most likely move, however, allowing the No. 20 to reunite with Brendan Rodgers and play Champions League football again next season.

For Liverpool, losing both Shaqiri and Lallana could be seen as a blow, but it also marks the next phase in their evolution under Klopp as the likes of Elliott, Jones and Takumi Minamino benefit.