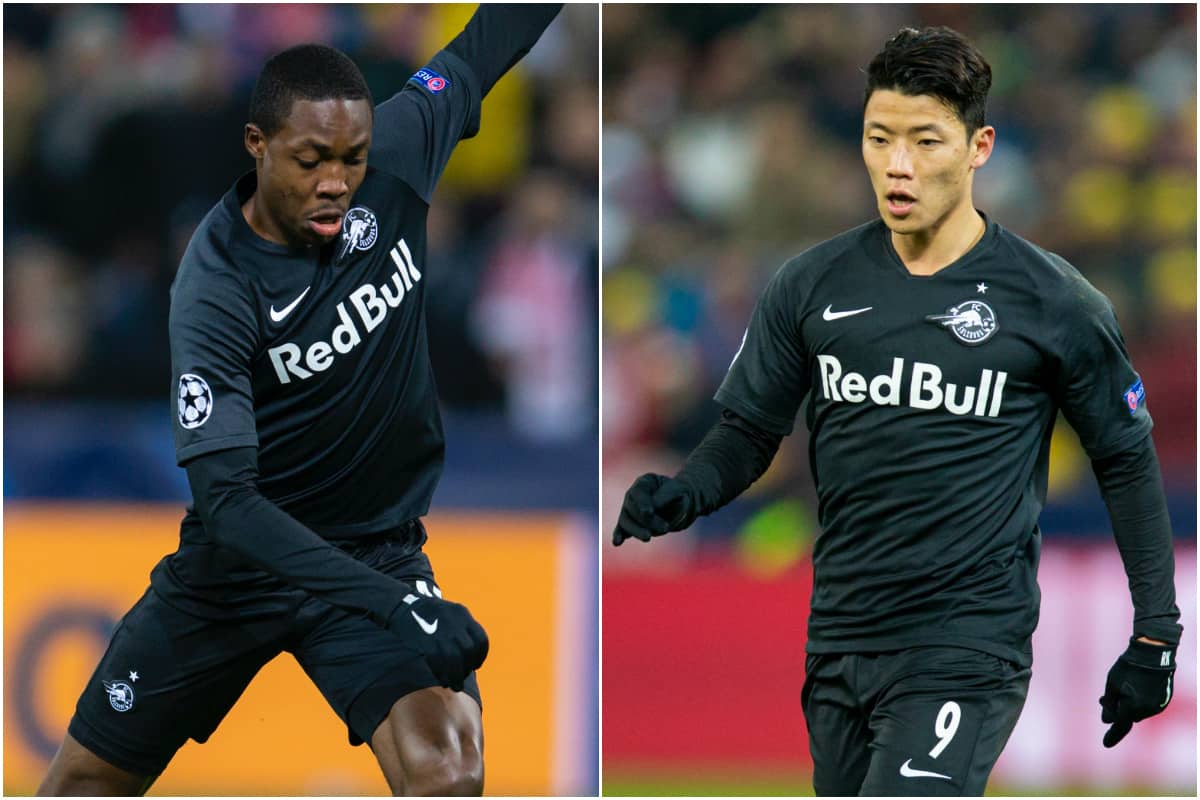 Red Bull Salzburg manager Jesse Marsch has touted two of his own players, and one from RB Leipzig, as the perfect fit for Liverpool, with Jurgen Klopp “always looking.”

Despite the difference in their business model, there are many similarities between Liverpool and their Red Bull counterparts in terms of their philosophy.

On the pitch, Salzburg, Leipzig and the Reds all play an intense, high-pressing style, with their managers looking to extract the full potential from players who more often than not don’t arrive at their peak.

Liverpool have already signed three from the Red Bull system of late in Sadio Mane, Naby Keita and Takumi Minamino, and could add another in the next transfer window in Timo Werner.

But speaking to the Blood Red podcast, Marsch highlighted Salzburg duo Hee-chan Hwang and Enock Mwepu, and Leipzig defender Dayot Upamecano, as being ideal targets for the Reds.

Hwang is a fast-paced forward who scored the opener in Salzburg’s 4-3 loss at Anfield in October before turning provider for Minamino, while Mwepu is a tall, dominant midfielder who laid on Hwang’s goal in an impressive display.

And he believes Klopp will be aware of their talents, claiming the Liverpool manager is “always looking” at the Red Bull clubs.

“Klopp thinks similarly to Ralf Rangnick and to the way we think,” Marsch told Matt Addison.

“He’s always looking, and they have the kind of money at Liverpool where they can come out and get some of these players.

“You can extend it to players like Upamecano, you could extend it to other players we have here like Hee-chan Hwang or Enock Mwepu.

“There’s a lot of players here who fit the Liverpool system really well, so he’s smart.”

Marsch continued to outline why he feels Liverpool are confident in signing players from a side in Austria despite the clear step up in quality, as they have already proved they can adapt.

“When you’re scouting one of the hardest things to do is understand how a player will adapt to a new culture, a new system,” he added.

“And we have a lot of foreign players that have already done that either here in Austria or in Germany with Leipzig, and have grown within the system.

“And certainly Red Bull is at the top of that list.”

“We understand there are better leagues in Europe than Austria,” he explained.

“The thing that hurt with Taki is we think that Liverpool got him way, way, way too cheap!

“But this is part of managing the market and managing player contracts and everything.

“In the end we always have here, with the scouting team and the sporting director—they do such an amazing job—we always have the next generation of players ready to come through and help, and make the next step.”

It is a situation that works well for Salzburg and Leipzig, and in turn—as it did with the mass exodus from Southampton to Anfield in the last decade—it could then benefit Liverpool.