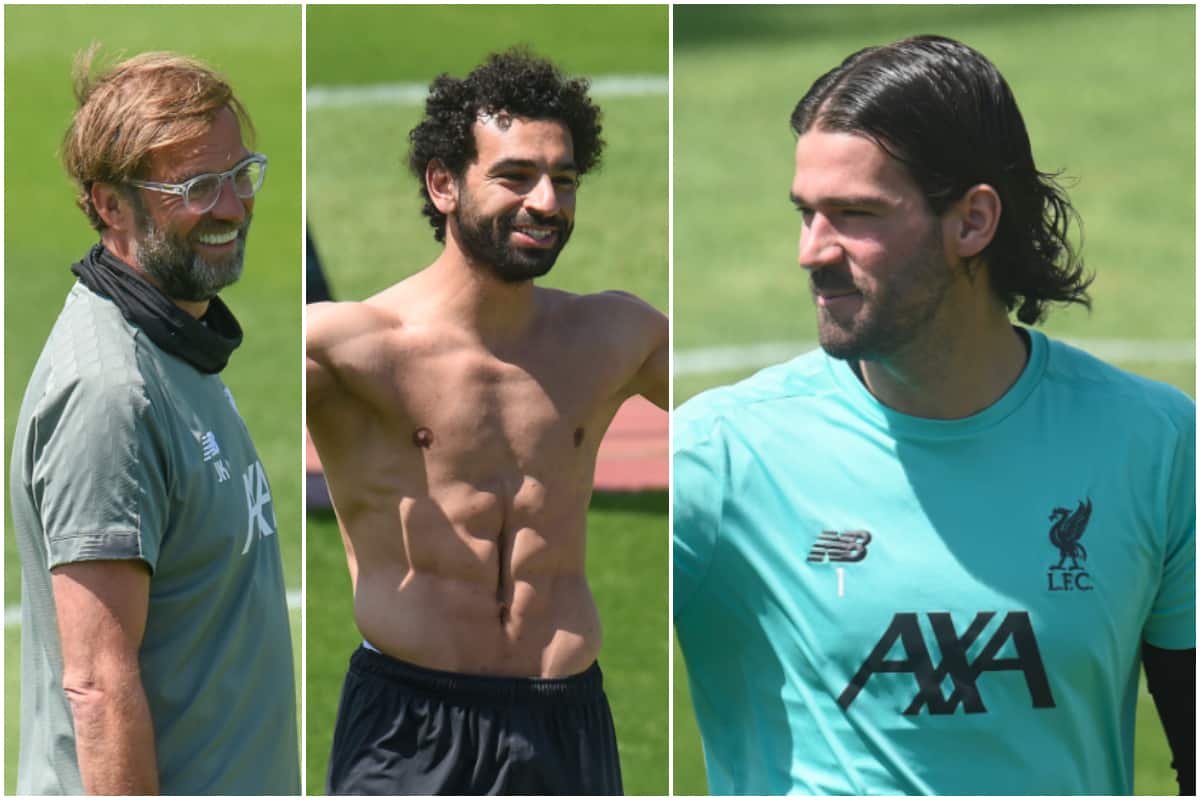 Liverpool’s players continued training in larger groups than previously and the squad look in great spirits as the return of Premier League games draws closer.

Premier League clubs have been allowed to step up training with more players in groups, full-contact drills when required and other progressions, in line with the government’s Phase Two plans.

That means Jurgen Klopp and his coaches are getting closer toward being able to plan full and proper sessions for the players ahead of the Merseyside derby—the first match we’ll play once competitive action resumes behind closed doors.

The LFC TV cameras were at Melwood to capture the boys in training on Friday, which included some agility and individual dribbling sessions—and plenty of topless poses in the warm sunshine!

Another session at Melwood ??? pic.twitter.com/blJcOFXhwu

? G I N I ? pic.twitter.com/WablpNgWgk

The Reds were back to it at Melwood yesterday ?

Have a look behind-the-scenes with the latest Inside Training ?

The players got in on the act too, posting to social media after their session.

Usually we’d expect to see some elite-level competition between the Reds’ feared front three of Mo Salah, Sadio Mane and Roberto Firmino, but on this occasion it was fourth-choice veteran stopper Andy Lonergan who thwarted them with some great reflex saves.

Adrian must have been impressed watching on, though posted an image of his #quarantinehair as he took a break from the action.

…before the Croatian himself posted joking about having missed best mate Mo Salah—who he is clearly berating in the video!

After 2 months not seeing each other, you see and feel there is a positive vibe between us. @mosalah

Andy Robertson, meanwhile, was yet again practicing new and interesting methods of not getting sunburn…

If I can’t see the sun, the sun can’t see me ?? #saynotothesun #seewhatididthere #cleverrobbo

…as James Milner made sure to remind him to slap on some Factor 5000!

It’s great to see the squad in such good shape and good spirits, no doubt enjoying being back together once more after training individually and only connecting in their daily Zoom sessions.

The countdown is on to the return of the Premier League—and to our first title in 30 years.