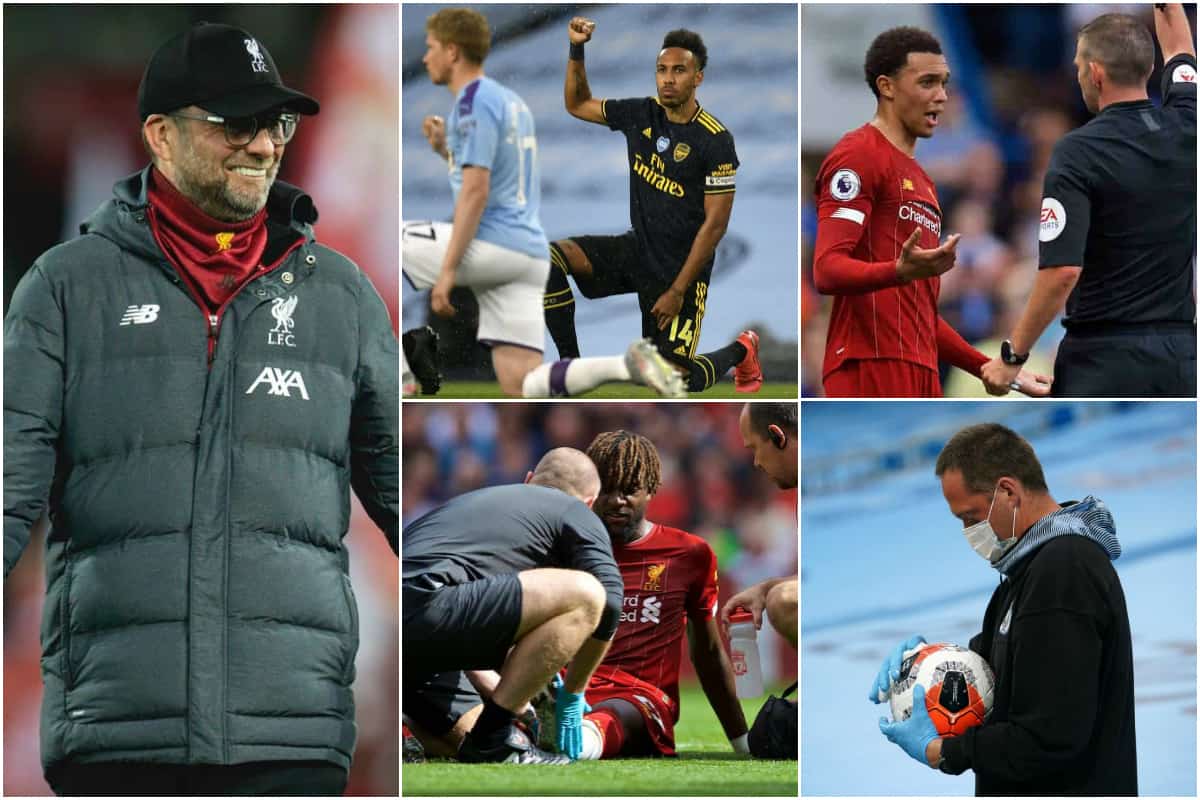 The Premier League returned on Wednesday night with the four teams and two remaining games in hand and Liverpool fans would have had at least half an eye on proceedings.

The two games were played out in the rain and, of course, behind closed doors, with Aston Villa drawing 0-0 with Sheffield United and Man City beating Arsenal 3-0.

That win means the Reds cannot win the title at Goodison Park and still need a full six points to claim the Premier League title.

Results aside, there was much on show for Liverpool fans to have taken notice of after 100 days without action in England.

Tech in football is still a talking point 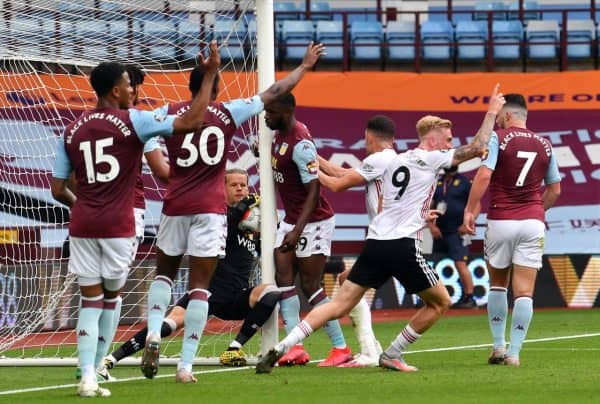 Oh, you missed it, didn’t you? Three months of not discussing refereeing ineptitude, VAR bias, clear and obvious errors…and then of all things, the goalline technology fails!

Instead they took a point at Villa after some incredibly flappy goalkeeping was not punished by any official spotting he was way past his own goalline and HawkEye suffering a ‘significant occlusion’—in other words, the cameras didn’t spot it either. 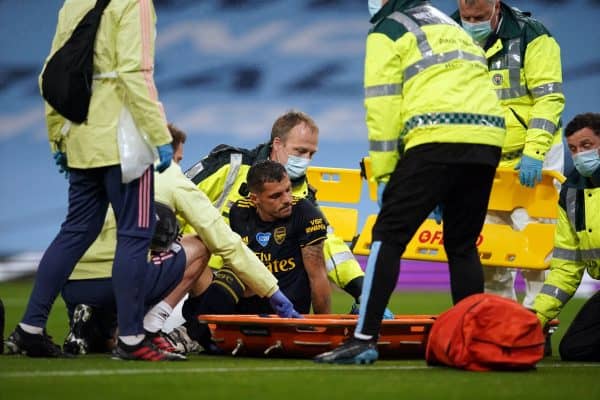 First game back, Ezri Konsa suffered cramp and had to get some non-socially distanced attention from a team-mate, before succumbing again a few minutes later and needing to be subbed.

Second match, we saw Arsenal‘s Pablo Mari pull up lame after trying to keep pace with Kyle Walker, apparently unable to decide thereafter whether he’d hurt his hamstring or heel.

It’s unfortunate, but probably unavoidable that some players will pick up these strains as elite football resumes. The extra subs are intended as a measure to avoid these cases of overloading, and the sports science folks at clubs are really going to need to earn their salaries in the coming weeks.

Unfortunately there’s never any preventing or predicting the rather more dangerous clashes that occurred between Ederson and City team-mate Eric Garcia. Hopefully a swift recovery follows. 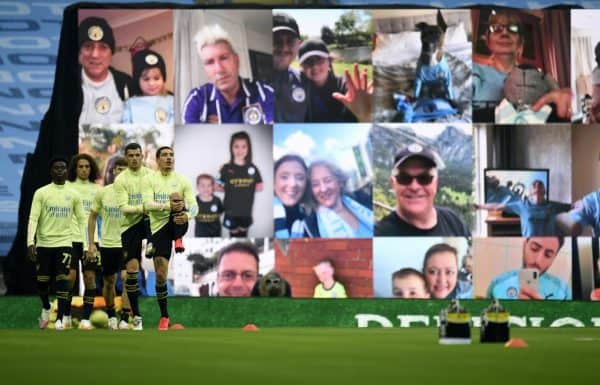 Did you get a choice between the channel with added sound effects and the one with “natural” noise inside the empty stadium? If so, there’s a fair chance you chose the latter, judging by social media comments.

The added noises, the fans on the giant screens making pre-recorded faces, the CGI’d “supporters” around the stadium in the Italian and Spanish leagues so far…they are all distractions, all fake.

What value are they adding? It’s not atmosphere, at least not a real one, and it only detracts from the genuine action on the pitch and a rare opportunity to hear the players and coaches go about their work.

Anything else is just pointless layer of fluff on top.

One week from the title?

Win those two fixtures and Liverpool will be crowned Premier League champions on Wednesday, 24 June.

Just let it sink in…after all the obstacles, difficulties, near-misses, heartaches, false dawns and absolutely unbelievable happenings in 2020…after 30 long years, Liverpool might be champions of England again in just seven days.

Despite the ups and downs…we’re delighted football is back

Football has been back a few weeks, if you watch beyond these shores, but even so there’s something almost tangible, explicit and real about the competition your own team takes part in starting up again.

The Premier League is back and we love it—the arguments, the frustrations, even the familiar sight of David Luiz putting on a horror show in defence.

It’s been a long time coming back, just like every other aspect of ‘regular’ life, and for Liverpool fans the resumption of the top flight is a genuine milestone in matters to have looked forward to.

Plenty more action lies ahead, and we are thrilled to have it back.