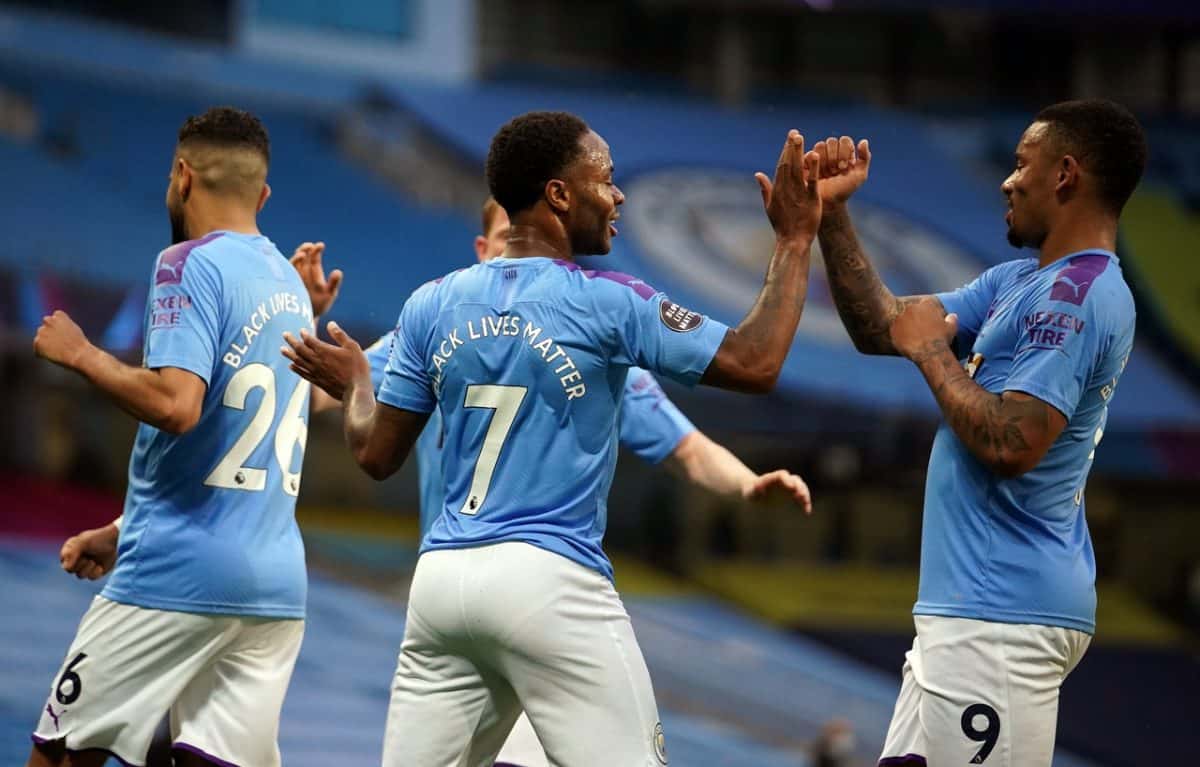 Liverpool are still six points from a first Premier League title, after Man City resumed their own campaign by winning their game in hand.

The Reds headed back into the restart of the Premier League needing six points to win the title, though defeat for City in their first match back would have meant Liverpool could claim the title with victory in the Merseyside derby.

Pre-game was all about another show of respect from Premier League players and officials to both the frontline workers and those who have suffered during the Covid-19 pandemic, and in support of the Black Lives Matter movement.

Once the game was underway it didn’t take long for the first injury casualties of the restart to emerge, Arsenal losing two players in the first half.

Granit Xhaka took a heavy hit of the ball to an unsupported ankle, having to leave on a stretcher, before centre-back Pablo Mari appeared to either pull a hamstring or injure his Achilles while chasing back.

Just before the break, a classic David Luiz error of judgement allowed Raheem Sterling in and he lashed home the first goal of the post-pandemic Premier League, after Villa and Sheffield United drew 0-0 earlier in the evening.

The Brazilian centre-back—who only came on as sub for Mari—was far from done though and completed his defensive disasterclass as he also gifted City a second goal by fouling Riyad Mahrez for a penalty and getting himself sent-off in the process.

Kevin de Bruyne netted to effectively seal the result and City saw out the game with ease, Phil Foden netting late on after a bad injury to Eric Garcia.

City’s three points on the night means Liverpool’s lead is down to a mere 22 points—we’ll not start panicking just yet, but there remains a job to be done.

Jurgen Klopp‘s side face Everton on Sunday at Goodison Park, then Crystal Palace at Anfield on June 24.

Wins in both fixtures would mean a long-awaited league title will be won next Wednesday, but a win at Goodison on Sunday and then City losing to Burnley on Monday would also hand the title to the Reds.

Unfortunately, there will be no Liverpool fans in attendance wherever the title is won, but that won’t diminish the incredible achievement of the team in what has been an extraordinary season.