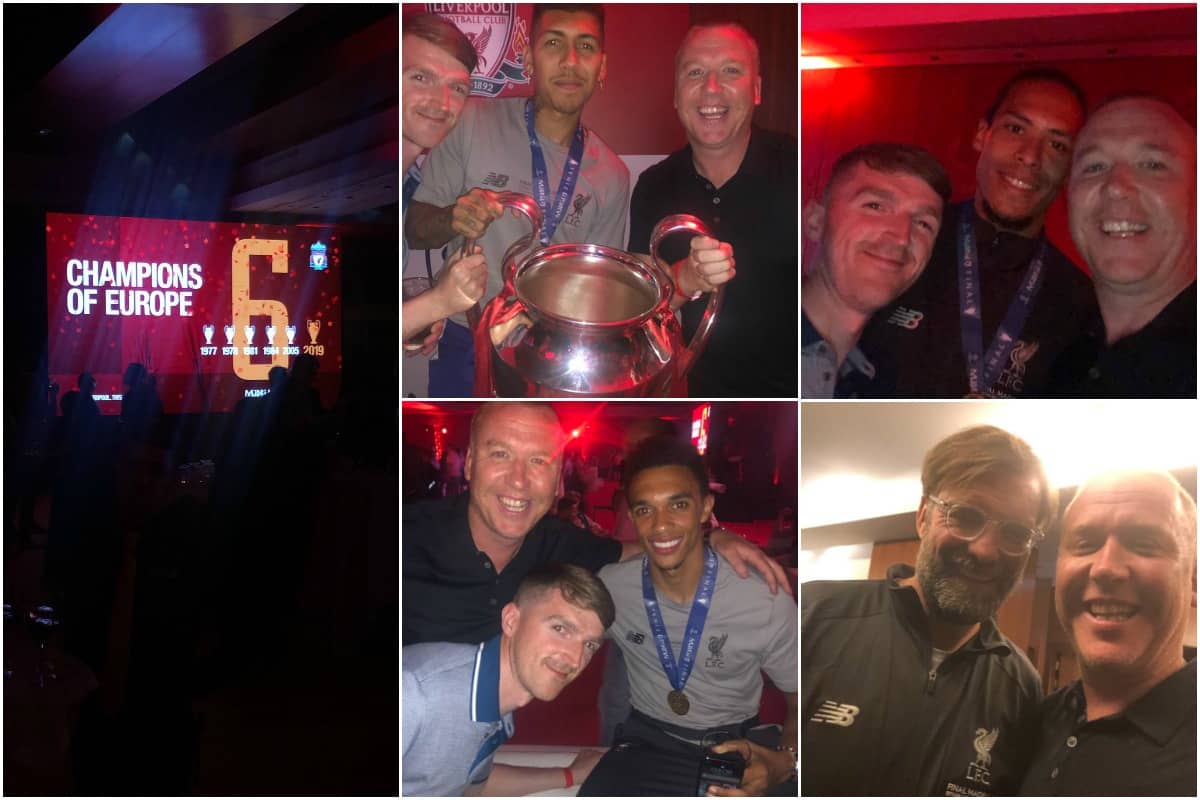 A year ago, Liverpool’s players partied until the early hours in the team hotel in Madrid, having won the Reds’ sixth European Cup against Tottenham.

After three weeks without a competitive game, the two English sides played out a relatively slow-paced final in the sweltering temperatures of the Wanda Metropolitano.

Mohamed Salah‘s early penalty and Divock Origi‘s late strike ensured Liverpool became the first team to bounce back from losing a European Cup final to go on to win it the following year.

After losing to Real Madrid in Kyiv, plus the Europa League final in 2016, it was third time lucky for Jurgen Klopp‘s Liverpool in Europe.

And after missing out on the first league title by a single point—despite achieving the club’s record-high points total of 97—it was relief all around to get the job done in Madrid.

We’ve all seen the scenes as 750,000 supporters lined the streets to welcome the team back the following day, but lifelong Liverpool fan and Fox Sports commentator Keith Costigan was lucky to be one of those celebrating with the squad on the night itself.

“[It] was very good,” Costigan, who was also in Kyiv a year earlier for a more sombre post-match event, told This Is Anfield.

“It was funny, because there was an after-party in Kyiv as well, but the team had already gone back and it was mostly for staff.

“I remember going in and everybody was down. [But] there was a sense of ‘we’ll be back’. We’d waited so long to be a European giant again and there was a real sense of optimism.”

Indeed, Klopp himself was filmed after the defeat to Real Madrid, singing: “We saw the European Cup. Madrid had all the f***ing luck. We swear we’ll keep on being cool. We’ll bring it back to Liverpool!”

And that they did, just 12 months later.

“Going to Madrid I was a little bit nervy,” admits Costigan. “We were supposed to win, which changes things.

“Then, after the win I told myself I was really tired and had an early flight, so might do a bit of work and just have a beer outside where I was staying.

“I got a call from my friend, Rob Glover, saying to come to the hotel and have one or two. We go in and there’s a guy on stage, who says be quiet on your way out and make sure you are respectful of the other guests at the hotel.

“Then he says: ‘Announcement No. 2, can we welcome in the European champions!’.

“I didn’t realise the team were going to come in and Van Dijk comes in holding the trophy with everyone dancing. It was just great. 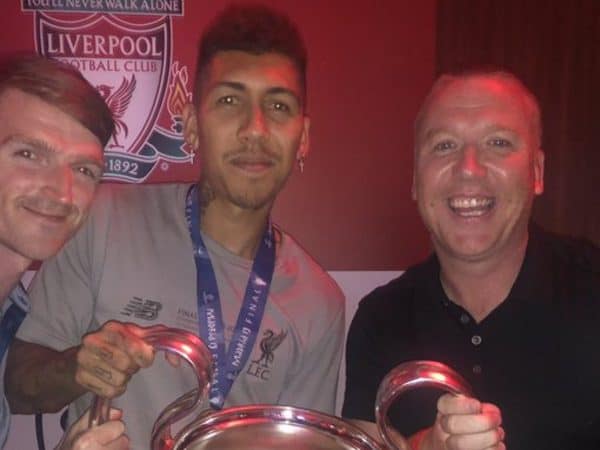 “There was an unspoken rule of not trying to film anything, let’s enjoy it. Players were posing for pictures with all the staff and I got to speak to Vladimir Smicer about 2005.

“I barely made my flight the next day at the airport. I remember taking off and was so tired I couldn’t wait to sleep. Then I turned on my phone and I was looking back at the pictures thinking this is a night to remember.

“To have the European Cup in your hands, to be standing with Roberto Firmino taking a picture, it was a night dreams are made of.

“I’ve got a lot of text messages from Liverpool fans regarding that, saying ‘you lucky so-and-so’. I have to thank Rob for that, he said ‘we are going out’. He made it happen.