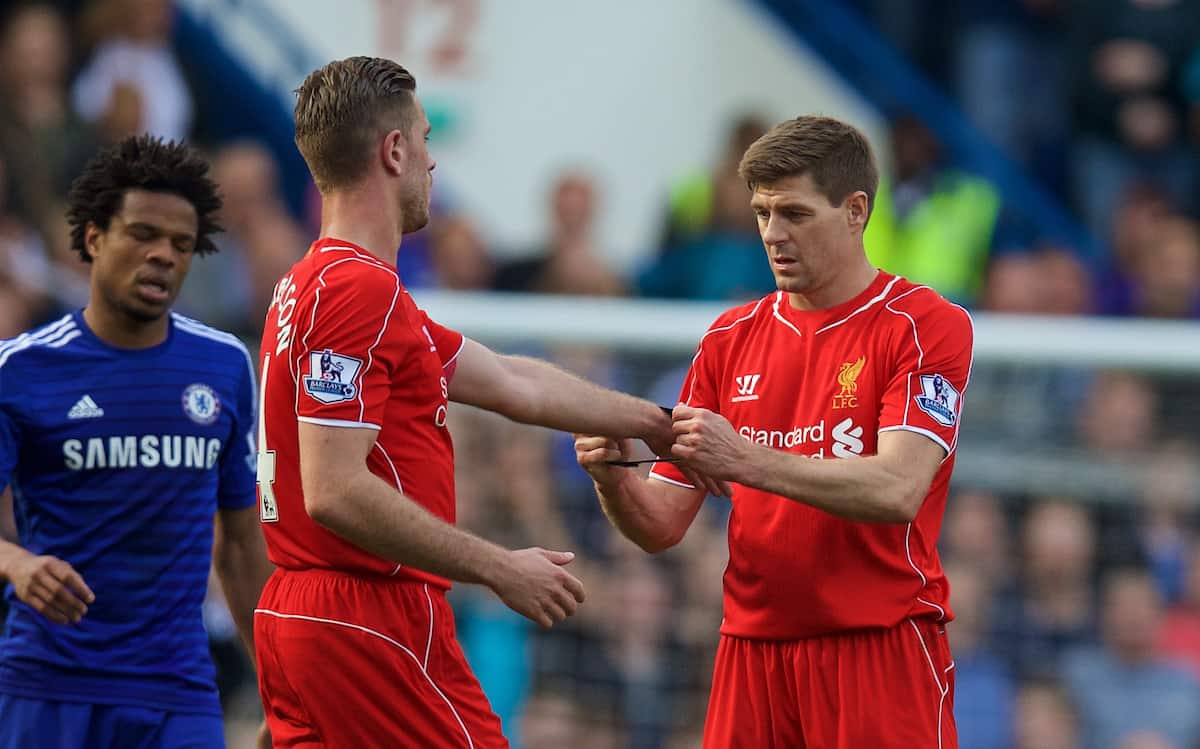 Steven Gerrard has paid tribute to Liverpool’s first-ever Premier League winning captain Jordan Henderson, a man he passed on the duties of leading the club to in 2015.

Over a 17-year career at Liverpool Gerrard cemented himself as a living legend of the club having led the Reds with distinction from the age of 23 up until he left Anfield 12 years later.

‘The best there is, the best there was and the best there ever will be’ was and is a tag widely associated with Gerrard and it made so any man who inherited the captain’s armband would be held to a standard few could ever meet.

A heavy burden for anyone and Henderson was the man to bear the load as he was handed the privilege of leading the club after Gerrard bid farewell.

Widespread criticism would follow but in the end, Liverpool’s No. 14 would forge his own path and lead his team in his own image- and it is a credit to his attitude for not wilting under the pressure.

Couldn’t of passed it to a better person . Proud of you mate ?? @jhenderson

Now, Henderson is a European Cup and English champion-winning captain, not to mention the Club World Cup and Super Cup – a collection of trophies that cements his name among Liverpool’s greatest ever captains.

And Gerrard took to Instagram to heap praise on Henderson, saying he “couldn’t have passed [the armband] to a better person. Proud of you mate.”

A touching tribute that brings on a smile immediately and Henderson was quick to react with a simple heart emoji, and both current and former players concurred with Gerrard’s sentiment as they flooded the post with messages. 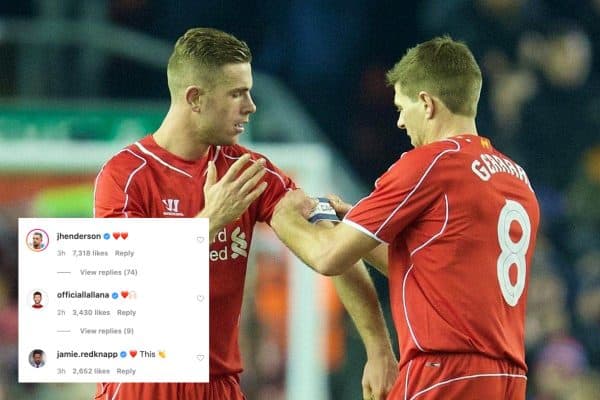 The praise coming Henderson’s way and that still to come is thoroughly deserved having led Liverpool through the start of an era without the Reds’ boyhood hero and into Klopp’s reign and the trophy-laden seasons to follow.

He’s a glowing example for the stars of the future and as Virgil van Dijk said earlier this year: “If any young player wants to follow an example, it should be him.

“He has been putting the team before himself for years. What I like is that he uses everything he has experienced – the lows, the criticism, the trouble with injuries – to help others through similar situations.”