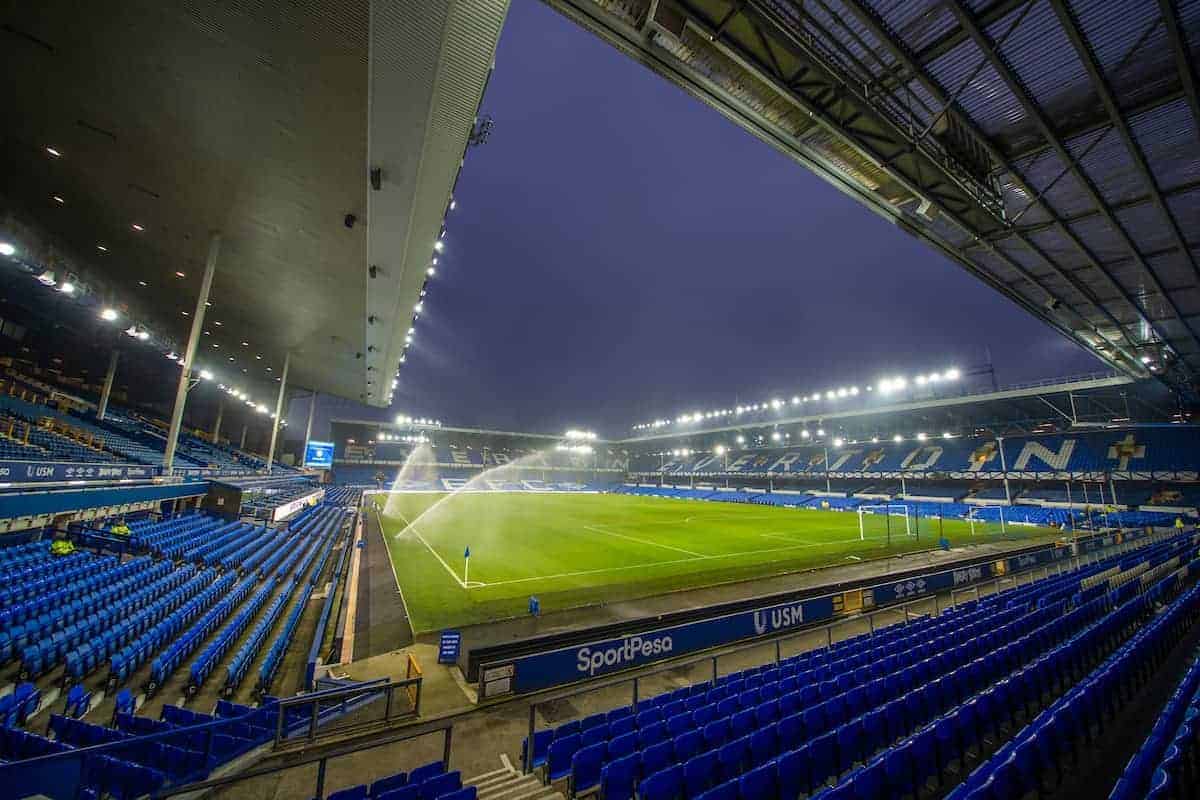 Liverpool’s return to Premier League action will be played at Goodison Park, not a ‘neutral venue’.

Until now, the date and time of the fixture – to be played on Sunday, 21 June with a 7pm kick off – had been confirmed but there was some question over whether it would go ahead at the home of Everton – with St Mary’s even having been touted as a possible venue.

That was after the UK’s national football police chief had suggested that fans may congregate outside of stadiums, causing issues during the pandemic.

The irony of such claims when we’ve seen hundreds gathering on the beaches and VE Day parties with conga lines was not lost among football supporters.

Thankfully, common sense seems to have prevailed, especially no doubt due to Merseyside Police themselves saying they were okay with the game going ahead of the home of Everton.

The Reds ‘welcomed the decision’ which also provided the green light for all remaining home Premier League games of both clubs to be played at Anfield and Goodison Park.

Liverpool could win the title in the derby match – should Man City lose against Arsenal on the Premier League‘s return four days earlier.

A win against Everton, though, regardless of City’s results would mean the title can be secured in the first home match back after the pandemic, against Crystal Palace on Wednesday, 24 June.

Mind you, should City beat Arsenal, Liverpool beat Everton and then City lose at Burnley the following day, Liverpool would be champions before that Palace game.

Winning the title in any of the above scenarios would mean City giving Liverpool a guard of honour when the two teams meet on Thursday, 2 July – a match that’s venue is yet to be confirmed.