Curtis Jones is one of three Liverpool youngsters to have been named on the 100-man European Golden Boy shortlist for 2020, as one of the best under-21 players in Europe.

The European Golden Boy award has been awarded to the best player under the age of 21 in the continent’s top-tier leagues every year since 2003.

Rafael van der Vaart was the inaugural winner, while in 2014, Raheem Sterling became the first to claim the prize while representing Liverpool; many others over the years have been nominated.

Organised and voted for by journalists across Europe, from the likes of the Times, Bild, L’Equipe, De Telegraaf, Marca and founding publication Tuttosport, it is the marker of a youngster’s progress, potential and impact.

This year, the front-runners are Erling Braut Haaland, Alphonso Davies and Jadon Sancho, but Jones and his fellow Reds team-mates will be hopeful of an upset.

The 19-year-old has been named on the shortlist alongside Sepp van den Berg and Yasser Larouci, with it something of a surprise the likes of Neco Williams and, in particular, Harvey Elliott have been overlooked. 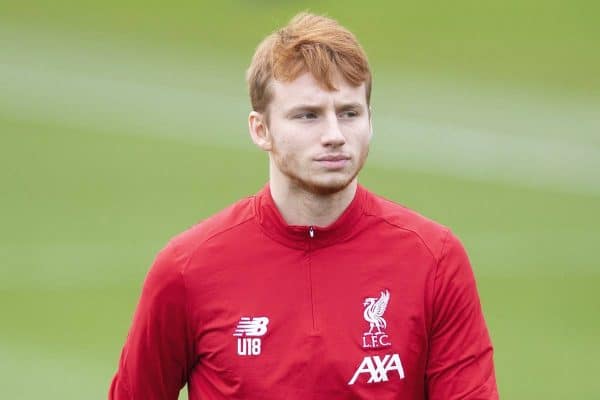 Ex-Liverpool winger Rafa Camacho, who joined Sporting CP last summer and has established himself as a regular option for the Portuguese side, is also included.

The list will eventually be whittled down with the prize typically awarded towards the end of the year, though whether the current situation will affect that remains to be seen.

Though Jones, Van den Berg and Larouci can be considered outsiders for the award, their inclusion highlights a growing reputation across Europe.

For Jones in particular, it could be an excellent second half of the year ahead, with the midfielder expected to be given increased game time in the Liverpool first team in the final games of this season and into 2020/21.

He has already made his Premier League debut, and scored twice for the club in their FA Cup run, including a stunning winner in the Merseyside derby.

The Toxteth-born prospect also became the Reds’ youngest-ever captain when he wore the armband for the 1-0 win over Shrewsbury in February, breaking a 120-year record held by Alex Raisbeck.

Voting for the 2020 European Golden Boy is already open, and you can have your say here.