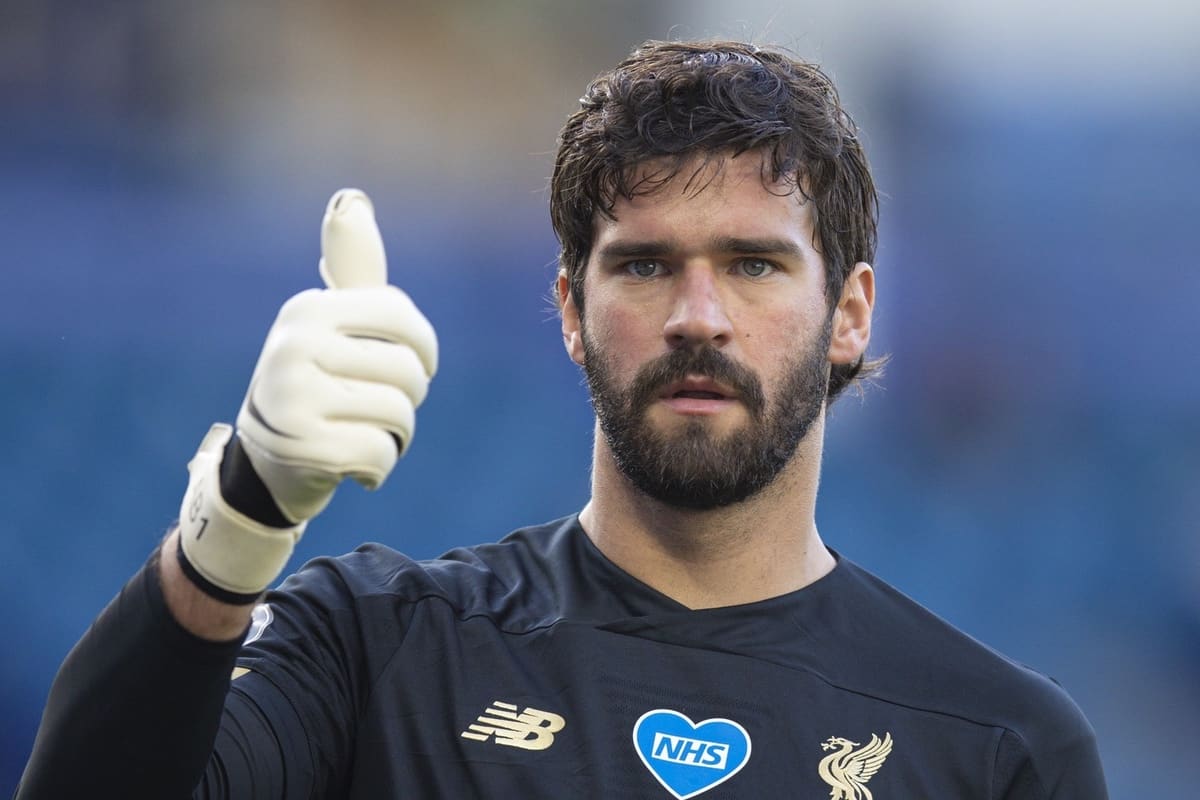 Jurgen Klopp felt a draw in the Merseyside derby was a fair result but accepted Everton had the best chance to win a frustrating and at times tame encounter.

Despite enjoying 70 percent possession the champions-elect managed just three shots on target, which was the same number as their opponents at Goodison but their hosts definitely had the better opportunities.

Had it not been for goalkeeper Alisson, a virtual spectator for most of the game, and the width of a post to deny Dominic Calvert-Lewin’s backheel and Tom Davies’ follow-up the Reds could have lost only their second Premier League match of the campaign.

A draw means they cannot win a first title for 30 years at home to Crystal Palace on Wednesday unless Manchester City, 23 points behind, lost to Burnley on Monday.

“We don’t count like this all the time. Today the point is one we deserve, even though I have to admit Everton had the best chance to win the game,” said Klopp.

“I saw only the chance [Alisson saved]. We should not take it for granted. Absolutely outstanding.

“It was a difficult game for a goalkeeper: he had the ball at his feet much more than he had in his hands.

“That is what a world-class goalie is. He saved us a point—it was not the first one.

“I liked the intensity level of the game from my boys, the high press, but I didn’t like too much the rhythm – but we cannot force that.

“We didn’t have enough chances, that’s for sure. When I look back, I think all the derbies here at Goodison look very similar, the result looks similar.

“Everton were well organised so we had to run a lot, which I liked. In three days we play another game against Palace and they looked in good shape.”

Klopp loss makeshift left-back James Milner to a hamstring problem and Joel Matip to a foot injury but was hopeful neither was too serious.

“Millie felt [his] hamstring a little bit but we had this in the past. He is not often injured so hopefully not serious,” he added.

“Joel was unlucky and we had to make a quick decision. He bent or stretched his big toe, it is really painful but hopefully the pain settles now and it is nothing serious.”

Everton became only the third team this season to take points off Liverpool and that gave manager Carlo Ancelotti some optimism after what he accepts was a tough game for them.

“Honestly we were very close to winning but it was a tough game, a difficult game,” he said.

“We performed really well defensively. At the end we had opportunities to score, we were a little bit unlucky.

“Also, Liverpool played a good game and had more possession. They pressed high and it was difficult to find a solution playing out from the back.

“I think we had the opportunities, we did our best, Calvert-Lewin did his best, Tom Davies did his best and we were a little bit unlucky.

“The draw was fair, Liverpool played a tough game. We have to focus on the performance, it was good and for this reason we can be satisfied.”

“He did really well, I think the derby is really special for him. He was strong, concentrated a great example for the others,” the Toffees boss added.