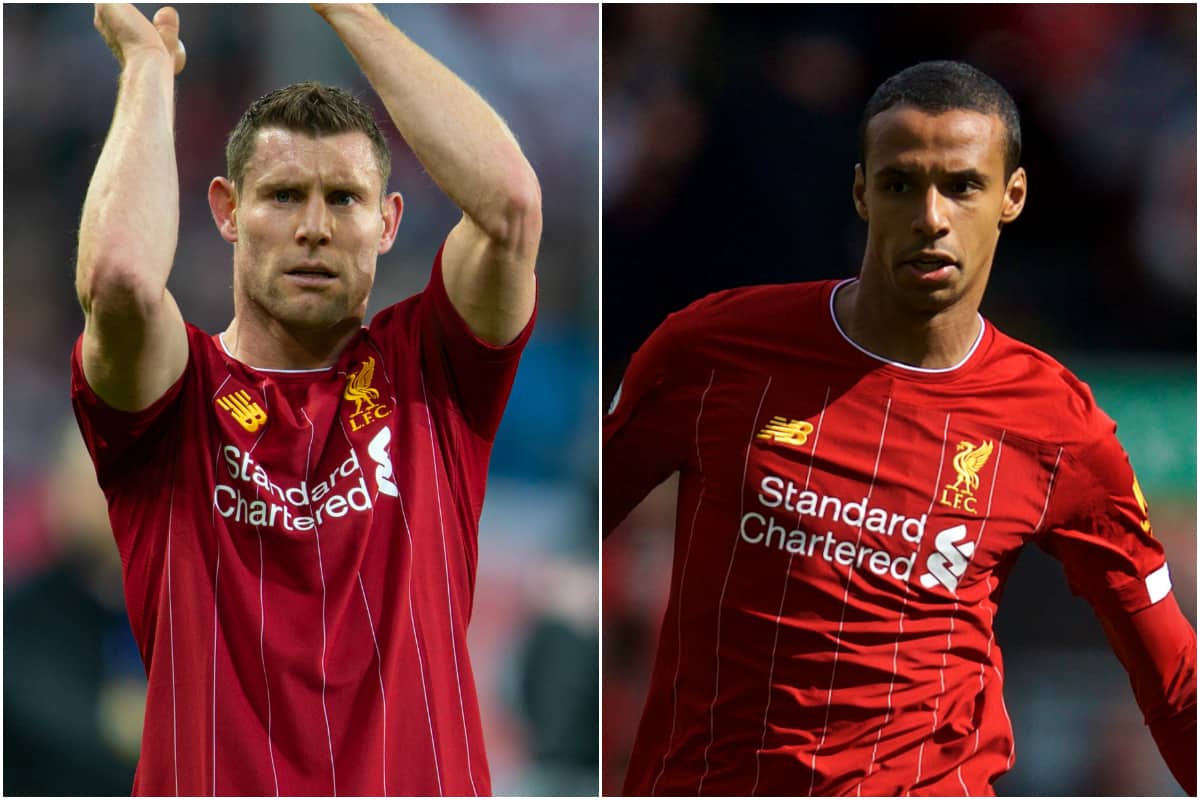 Jurgen Klopp has been left hoping injuries to James Milner and Joel Matip are not too severe after Liverpool’s return to the Premier League brought a 0-0 draw at Everton.

The Reds stuttered to a stalemate at Goodison on Sunday night, with the absence of two of their key outlets, Andy Robertson and Mohamed Salah, felt heavily.

Milner stood in for Robertson at left-back, but was forced off after just 42 minutes as he suffered a hamstring injury, becoming the latest casualty of the English top flight’s three-month break.

Muscle injuries have been a common theme across the games played in the Premier League so far, most notably in Arsenal‘s 3-0 loss to Man City on the opening night.

Matip’s issue seemed to be an impact one, however, with Klopp revealing after the game that the centre-back—preferred to Joe Gomez from the start—endured a “really painful” problem with his big toe.

But his early assessment of his duo was a hopeful one, with Milner in particular likely to be back in time for the trip to Man City on July 2.

“Milly felt a hamstring a little bit, but we had this in the past,” he told reporters in his post-match press conference.

“Milly is not often injured and hopefully it is not serious. He is smart enough to show up in the moment when he feels it, so hopefully it was the right moment.

“Maybe not Wednesday, but after that I would hope [he is available]

“Joel was unlucky and we had to make a quick decision. It was a situation with Richarlison and he bent or stretched his big toe.

“I don’t think a lot of people have had that; it is really painful, but hopefully it settles, the pain settles and then we will see. I hope nothing serious has happened, but I don’t know yet.”

The absence of Matip will likely see Joe Gomez revert to his starting role alongside Virgil van Dijk at centre-back, while before the game, Klopp expressed his belief that Robertson will be fit to take on Crystal Palace at Anfield.

That comes on Wednesday night, and will likely see a host of changes made as Liverpool play their second game in the space of just four days.

It could be an opportunity for Neco Williams at right-back, while Gini Wijnaldum and Alex Oxlade-Chamberlain will likely start in midfield, with Salah and possibly Divock Origi coming in as part of the attack.

Liverpool will need to rotate smartly, as three points is still the goal, particularly if City drop points at home to Burnley on Monday night.

A win or draw for Burnley would restore the Reds’ chance of clinching the title before the end of the month, with a win over Palace therefore required to secure silverware ahead of the away clash with City on July 2.