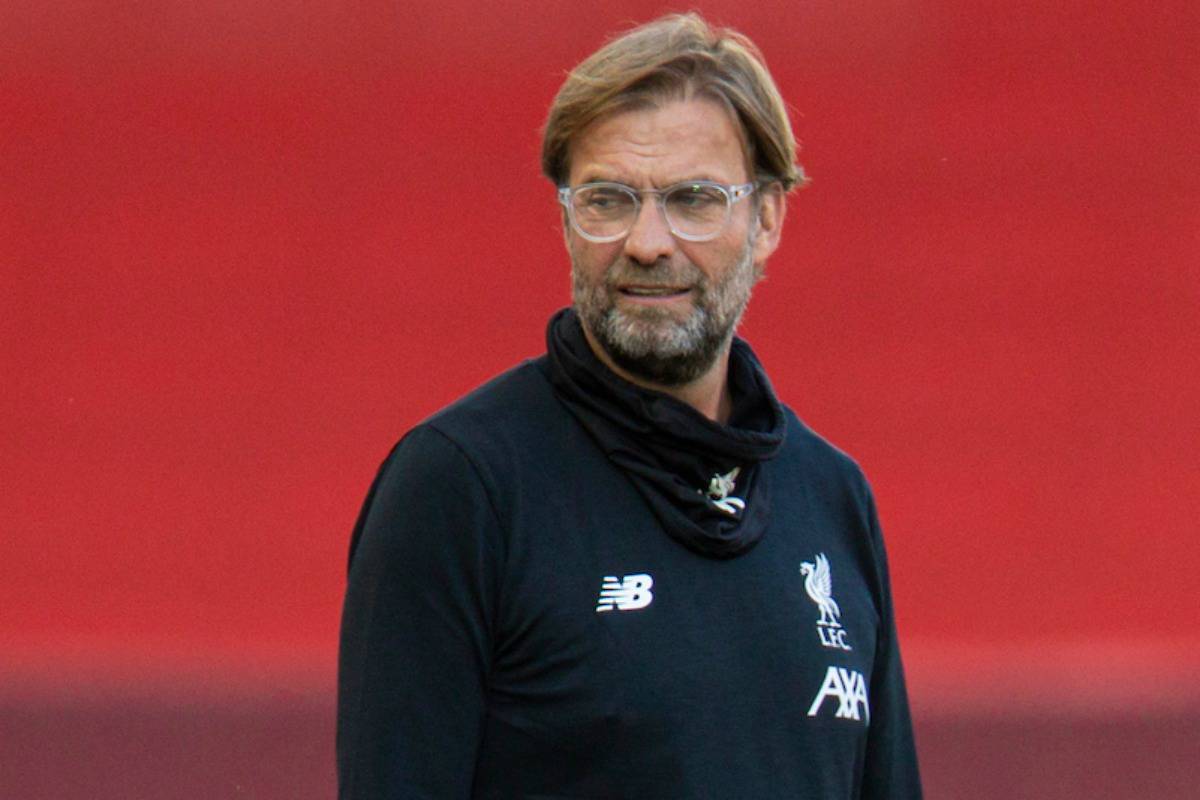 Liverpool manager Jurgen Klopp will tune in to see how Manchester City fare at Chelsea but insists it is purely for tactical reasons and he will not be cheering on the Stamford Bridge side to do them a favour.

Following the Reds’ 4-0 demolition of Crystal Palace at Anfield, Klopp’s side require just two more points to secure a first title in 30 years.

If City fail to beat Chelsea on Thursday that long wait would be over without Liverpool having to kick a ball.

Klopp, however, said he would not be watching to will on Frank Lampard’s side, but for other reasons.

“I watch the game not to prepare a celebration but we play City a week later and also Chelsea,” he added.

“This game is a really important game to watch for plenty of reasons. Whatever happens… we have no influence on it so I have no interest.

“It will happen when it happens.”

The performance against Palace on Wednesday was befitting one of champions and Klopp’s only regret was that it was played out in front of an empty Anfield when it should have been a night of celebration.

Trent Alexander-Arnold opened the scoring with a brilliant free-kick before Mohamed Salah, Fabinho and Sadio Mane completed a rout with one of their best performances of the season.

Klopp said the players had a duty to put on a show out of respect for supporters unable to attend and watching at home and they duly delivered.

“We scored some fantastic goals. It was only important we gave this sign and we showed our supporters the respect they deserve: that we can play like they are here even when they are not here. 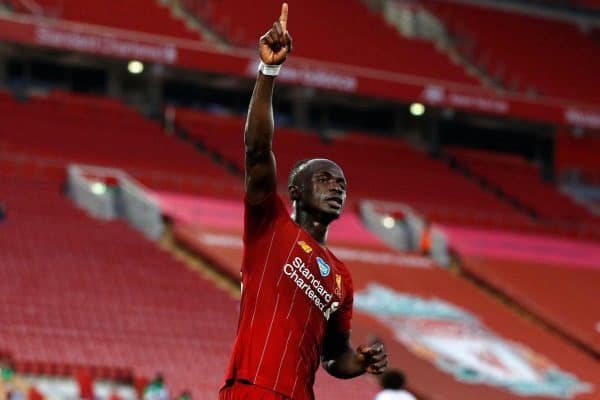 “Yes they can push us to incredible things and I never missed them more – imagine if this game had happened with 55,000 people in the stadium, that would have been incredible?

“But we cannot have that so it was important we showed the respect to the people. That’s what the boys did and I loved it.

“This night could have been better with people in the stadium, it was an important step for us, a sensational football game and it would have wished for all people to be here so we made their night any way.”

Palace were so dominated – they had just 26 per cent possession – they failed to record a single touch in the opposition box against Liverpool, becoming the first side to do so in a Premier League match since the full statistics began being recorded in 2008-09.

Manager Roy Hodgson, whose side came into the game on the back of four successive victories with clean sheets, admitted they were out-played and out-fought all game.

“It was always going to be hard against their pressurising when they play with intensity and power and asking questions,” he said.

“When we eventually won it back from them they pressured us so well we couldn’t retain possession. As a result it was a constant pressure on the midfield and back players.

“I thought they held out till just before half-time but that second goal was decisive as that put them in the driving seat and a third goal put the game to bed and left us hanging on.”