Ben Woodburn could yet feature in the 2019/20 season with Oxford United in the League One play-offs.

On Tuesday, an overwhelming decision from the three divisions of the EFL saw plans to retain promotion and relegation for each tier given the green light.

Further meetings within each tier saw League One and Two campaigns come to a majority decision to curtail the season at its current point due to the pandemic, only 51 percent of teams were required to vote in favour.

The formal vote means tables will be settled by an unweighted point-per-game formula, meaning despite ongoing calls from clubs in the Premier League to remove the possibility of relegation, the precedent has now been set.

For Woodburn, Oxford United had been one of the clubs to express their desire to play on as they sat just two points away from the automatic promotion spot with nine games remaining.

And with promotion still on the table, the U’s still have a chance to push for a place in the Championship as the formula to curtail the season sees Oxford finish fourth, earning them a playoff spot. 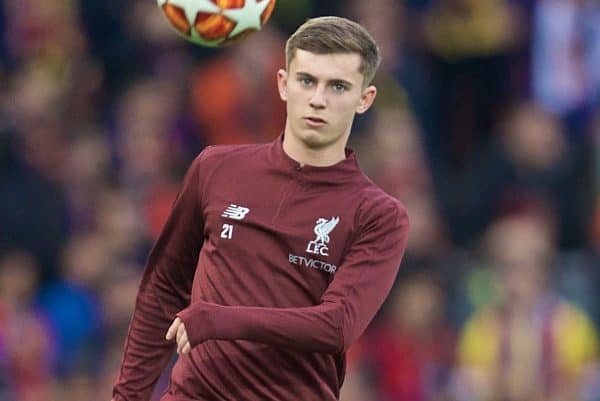 Coventry and Rotherham have been promoted, leaving Oxford, Fleetwood, Wycombe and Portsmouth to contest the League One playoffs, while Bolton, Southend and Tranmere have been relegated.

Oxford are, therefore, to meet Portsmouth in the first playoff with the hopes of reaching the final and being promoted to the Championship for the first time in their history.

They returned to training on Monday after the club confirmed the entire playing squad and staff tested negative for coronavirus.

Woodburn joined Oxford at the start of the 2019/20 season but has not featured since October having twice broken a bone in his foot.

The 20-year-old could only be presented with a handful of opportunities to play this season which is not ideal for his continued development, but with Oxford eager to keep him on board he could be plying his trade in the Championship next season.

It would offer the level of progression many had expected him to have years earlier after he broke onto the scene as a fresh-faced 17-year-old in 2016.

While Liverpool are to restart their season on June 21 against Everton, confirmation on when Oxford will return are yet to be determined.