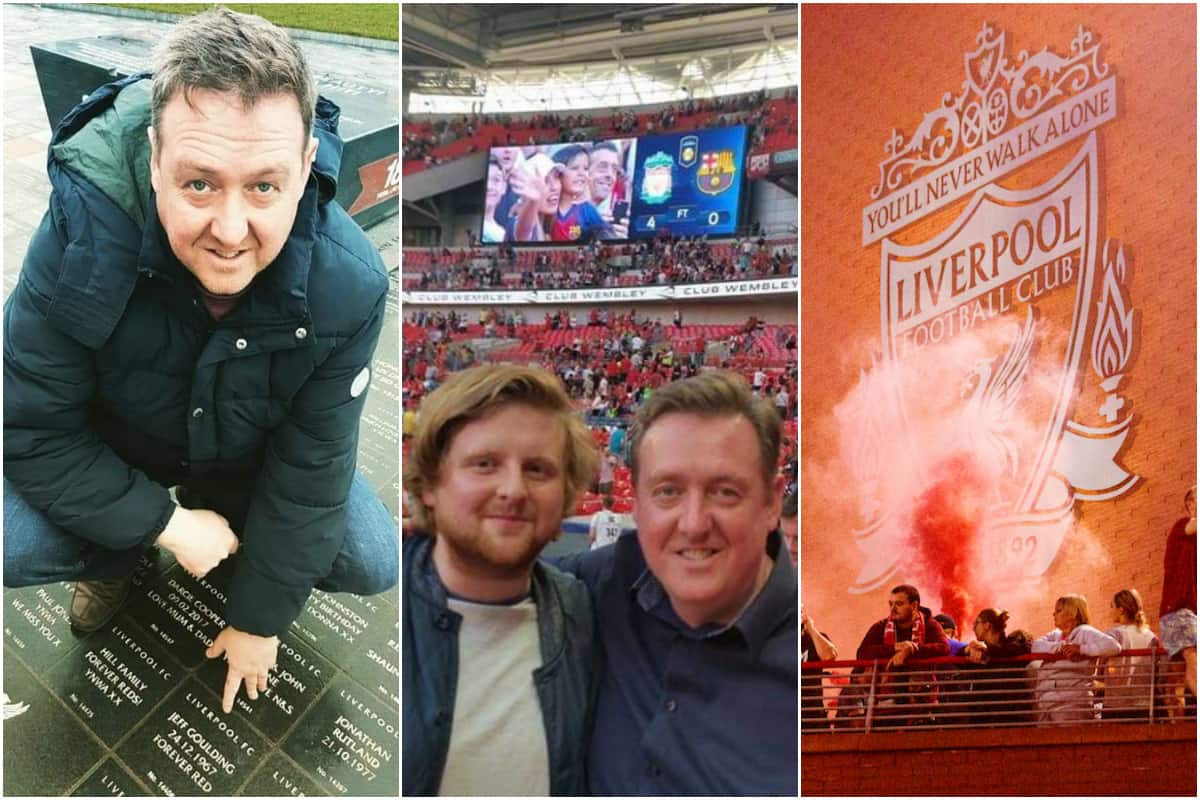 With Liverpool having seen 30 years go by between their last title in 1990 and their Premier League triumph, Jeff Goulding tells the story of a generation in waiting.

The Artist Formerly Known as Prince once sang, “I was dreaming when I wrote this, so sue me if it goes astray.” Well, I’ve had no sleep to dream of, so please replace the “dreaming” with “drinking” and grant me the same leeway. Oh, what a night!

Where do I begin? I could talk about the fact that my granddad, George Maguire, after returning from the war, stood on the Kop throughout the 1946/1947 season as Liverpool marched to their first league title in 24 years.

Or how he would start a family around the same time, and my mum would soon enter the world. She’d grow up in the same tradition, but she would wait 17 years to see the Reds win their next league crown. Three years later she married a Red called William, my dad, and I was born later that same year, in 1967. 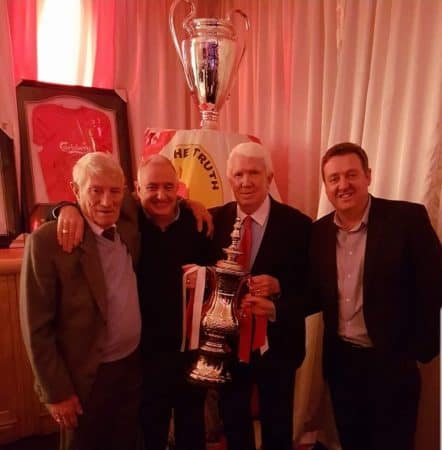 I’d wait just six years before the Reds clinched another title. I’d witness another 10 of them in my spoilt (in the footballing sense) upbringing. In 1990, as I stood on the same terrace that my mother, father and my grandfather had stood on, I would watch the Reds clinch their 19th and my 11th First Division title.

I had become part of a tradition that now stretched back more than 40 years, a birthright almost.

Five years later my son was born. If you had approached me as I celebrated that night and told me that I would become a dad before the decade was out, I’d have laughed in your face. At 22, I felt barely mature enough to take care of myself, never mind anyone else.

If you had said that my son would wait 25 years before witnessing the Reds become champions of England, I’d have turned the air blue. 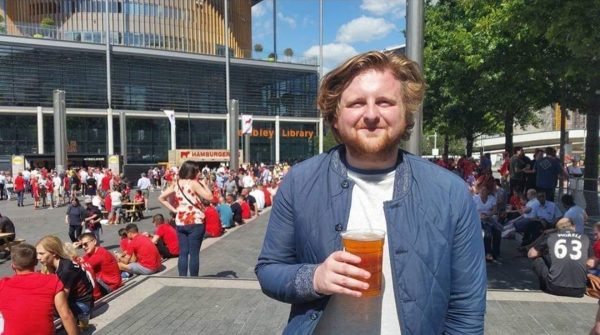 His has been the longest wait. I think of all the things that have happened in that time, the fall and rise of nations, the transformation of the city in which we live and the near destruction of the club we both love, at the hands of two hucksters from across the Atlantic.

Then, eventually, miraculously our paths would collide with Jurgen Klopp and Liverpool could once more reclaim its place at the very top. It hardly seems real and it swamps me in a wave of emotion.

Sure, we’ve had plenty to keep us entertained in all that time. There’s been a whole procession of silverware. Enough to keep the supporters of most clubs happy for a lifetime. In my fuzzy head, I count two European Cups, a UEFA Cup, three FA Cups, four League Cups and a host of Super Cups and Community Shields. Oh, and of course, a Club World Cup.

We’ve stood side-by-side on the Kop and watched Messi crumble, we’ve seen some incredible nights and days together. My lad has picked up the family baton, travelled all of Europe and tasted the highest of highs in Madrid.

We’ve journeyed together to Anfield South and turned the capital red. And we’ve seen our share of victory parades.

It’s not been all bad. It has, as the brilliantly titled book by Anthony Stanley suggests, been A Banquet Without Wine. We’ve had the starters, the main course and even the dessert. There’s just been nothing to wash it all down with. Maybe you call that a first-world problem, but that doesn’t help. 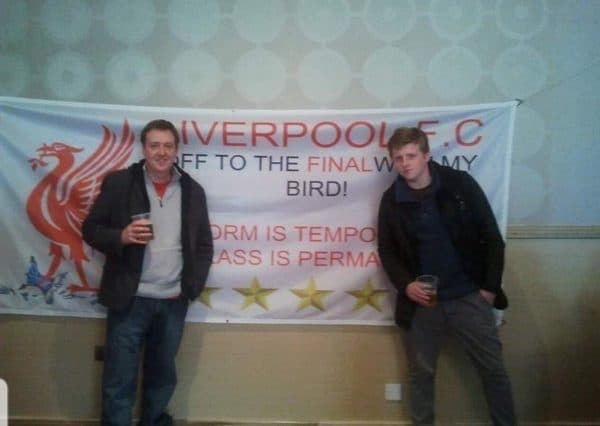 There has been a gaping hole in our collection of shared experiences, and an ache in our bellies. And, along the way, some of the Reds we called family and friends took their leave. They would never see their beloved club crowned champions again.

I have wondered if that would eventually be my fate, would I ever share that special experience with my son? Would he get to see what I once took for granted?

We came close to sharing in a league title victory together, agonisingly so under Brendan Rodgers. Perhaps even more so last season, as the Reds surged to a record 97 points, only to be pipped by a point. It is the hope that kills you, if you let it.

All these things have gone through my mind in the last three months. Football is incredibly trivial when weighed alongside the horror and the pain of a global pandemic. It should not matter this much, maybe. But it does.

The decision to suspend the league back in March was undeniably correct. But it left us agonisingly close to the finish line and pondering the theft of another dream. After 30 years of waiting, hoping, we feared it would all be snatched from our grasp.

Not at the hands of a great goal, or a talented foe, but something we couldn’t even see.

The announcement that football would resume lifted us, despite our concerns for health and safety, because to us it has been like food and drink for so long. It may seem illogical to some, but this game, this club, is part of who we are. It sustains us through the bad times and elevates us in the best of days.

We could argue that it has returned too soon, or that it is a pale shadow of itself without supporters in stadiums. But it is football, it is back and that has given us a chance to fulfil our dreams. After the derby, a mere five days ago, a germ of worry began to grow.

Had we lost our edge? Had the break stolen our momentum? And could the unthinkable happen? Could we really fall away now, again?

All of that was blown away by the victory over Palace, of course. So sumptuous was that hammering, so consummate and complete, that we knew then and there the wait was over. It was only a matter of when now, not if.

So as the clock ticked down on the game between Chelsea and City, with the Londoners leading 2-1, I’m not sure I will ever be able to describe my emotions. But what would eventually become this piece of writing was careering around my head. 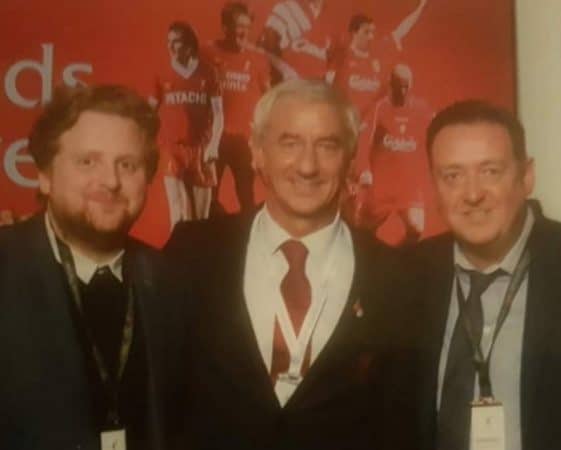 When the final whistle sounded at Stamford Bridge, I sank to my knees and screamed.

All around the house fireworks lit the sky, and the thunderclaps filled my ears. In the streets outside car horns sounded and neighbours cried out in joy. I reached for the phone and called him, but I could barely speak.

“We did it, lad. We did it at last,” I somehow said, through choking tears.