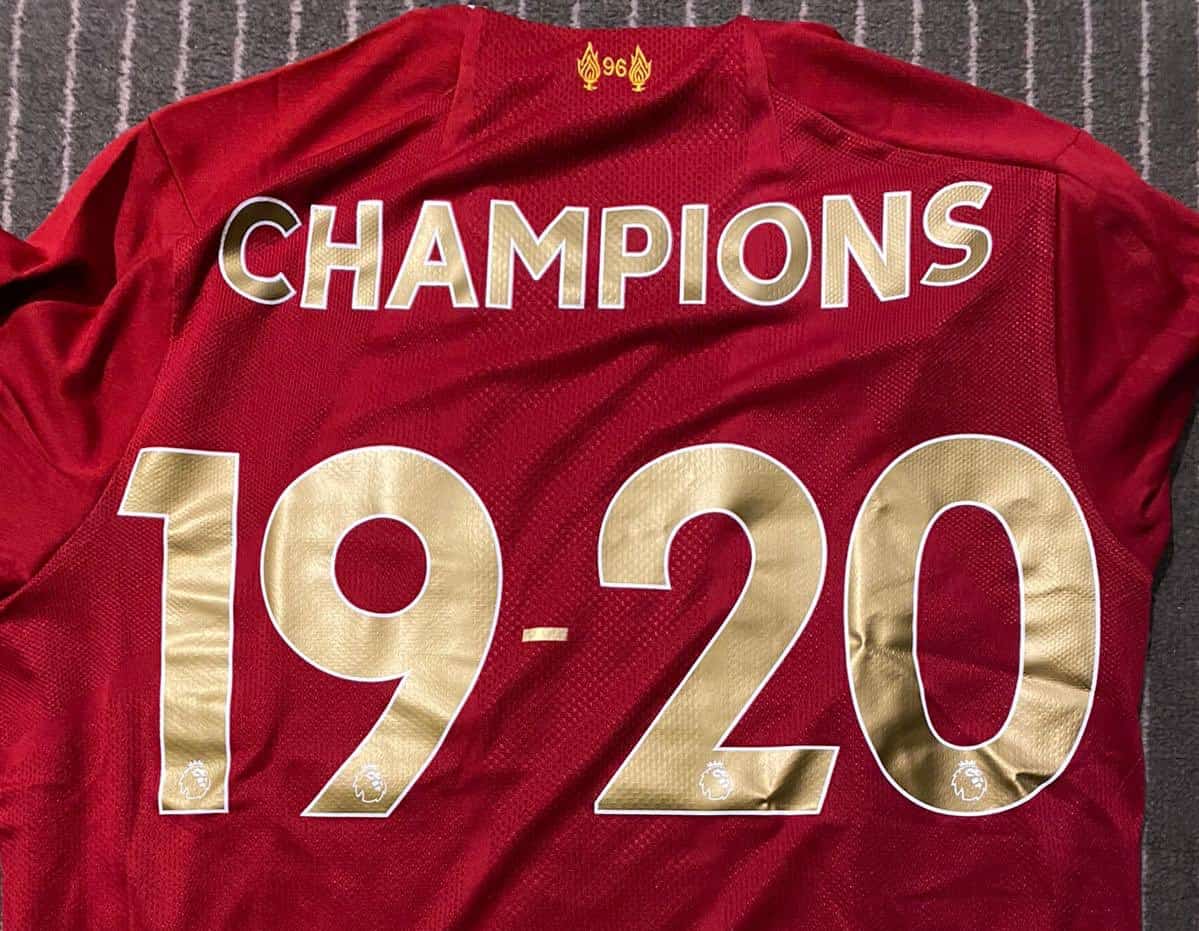 After 11,016 days, Liverpool Football Club are the champions of England for the 19th time, ending a 30-year title drought.

The Reds clinched the Premier League title without having to kick another ball, as Man City were undone at Stamford Bridge in a game they had to win.

It means Liverpool are guaranteed to top the table come the end of July, and having played just 31 games it is the earliest any side has won the top flight in the history of English football.

The last time the Reds won the top flight was in 1990, when Kenny Dalglish’s side sealed the First Division title with a 2-1 win over QPR at Anfield.

Liverpool have now won 19 titles, their first coming in 1901 under Tom Watson—this, however, is the longest we have waited for another.

This campaign has proved a strange one, with a three-month gap in proceedings, but the phenomenal form Jurgen Klopp‘s side have shown throughout the season cannot be overlooked.

Of those 31 games, the Reds have won 28, drawing two and losing one, scoring 70 goals and conceding a league-low 21.

Only two sides across the Football League and Europe’s top five leagues have as strong a defensive record, those being Real Madrid and Stade de Reims, and no side has fared better. 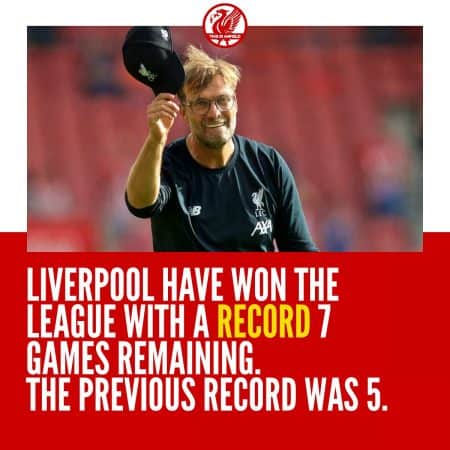 It is this defensive shift that given Liverpool the backbone with which to build their successful title challenge, with Klopp overseeing a major upturn in fortunes since his arrival in 2015.

The Reds are next in action on July 2, away to Man City, which will mean last season’s champions will welcome the new champions onto the pitch with a guard of honour.