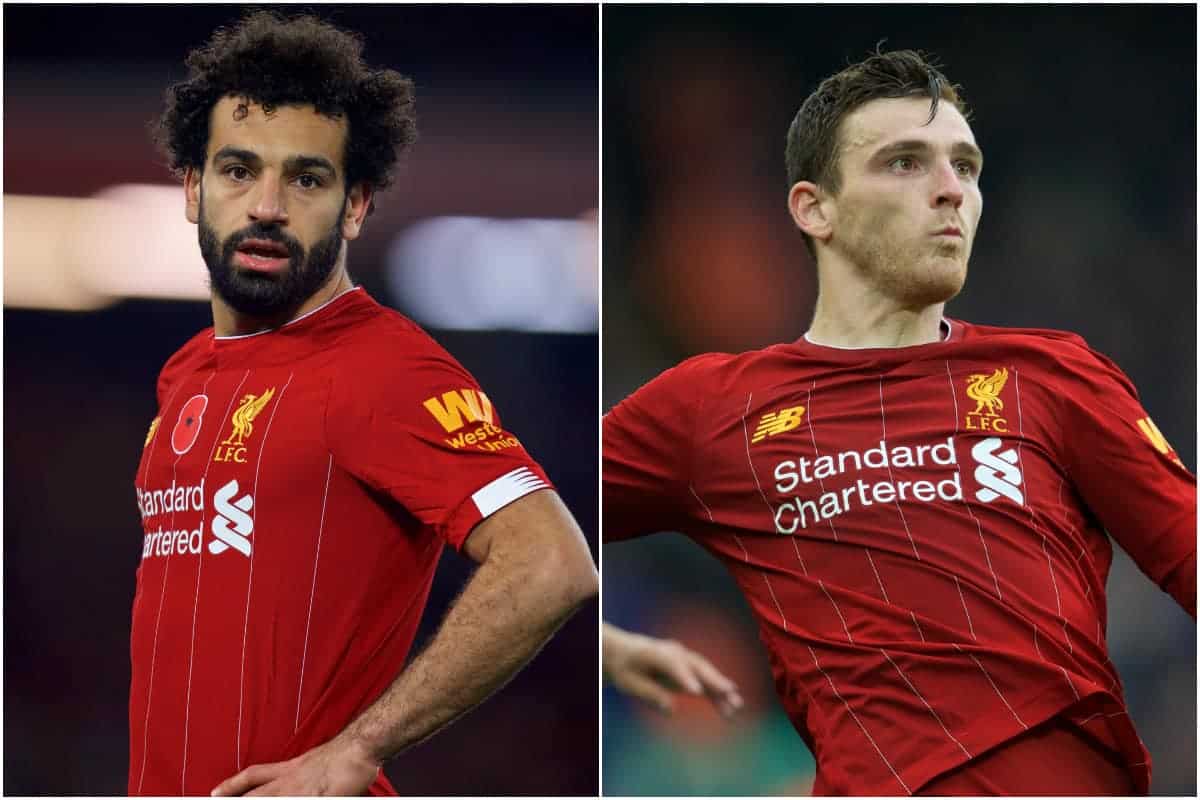 The Reds took on Blackburn in their first game against another side since March 11 on Thursday, with Sadio Mane, Naby Keita, Takumi Minamino, Joel Matip, Ki-Jana Hoever and Leighton Clarkson all scoring in a 6-0 win.

That followed a training friendly at the stadium earlier in June, with Mane and Keita on the scoresheet as the ‘home’ side beat an ‘away’ side made up from the rest of the Liverpool squad.

But with Liverpool taking no risks with injuries in this period leading up to the Merseyside derby, a number of players have sat out of those warmup games.

Gini Wijnaldum sat in the stands for the first inter-squad game but returned against Blackburn, while Robertson, Salah, Adrian, Divock Origi, Curtis Jones and Adam Lallana were among those absent for that victory.

As the Reds played another 11-a-side match as part of training on Sunday, however, both Salah and Robertson were back involved.

That is according to the Mail‘s Dominic King, who reports that Liverpool have “no fitness worries so far ahead of first game back,” which comes away to Everton on Sunday evening. 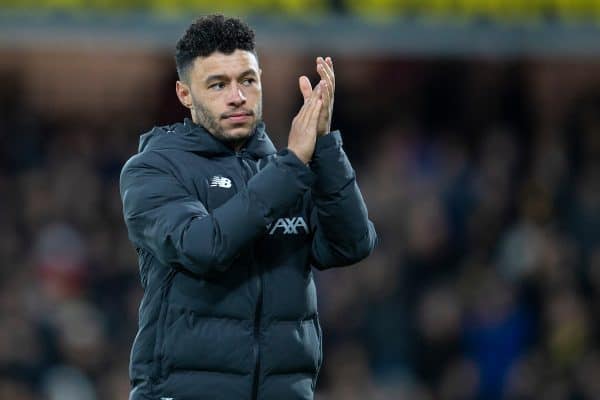 So far there is no other information regarding that inter-squad friendly at Anfield, with no update on either Xherdan Shaqiri or Alex Oxlade-Chamberlain, who both could be considered doubts for the derby.

But King indicates that Klopp should have a full-strength squad to select from against Everton, paving the way for the usual XI to line up for the Premier League restart.

Alisson should start behind a back four of Trent Alexander-Arnold, Joe Gomez, Virgil van Dijk and Robertson, with Fabinho, Jordan Henderson and Wijnaldum likely to make up the midfield three.

Salah’s availability will allow him to start alongside Mane and Roberto Firmino, though Klopp could be mulling over starts for Keita and Minamino, given their impressive contributions since the return to training.

Experimentation could be kept to a minimum until the title is secured, however, with six points needed to ensure status as champions.