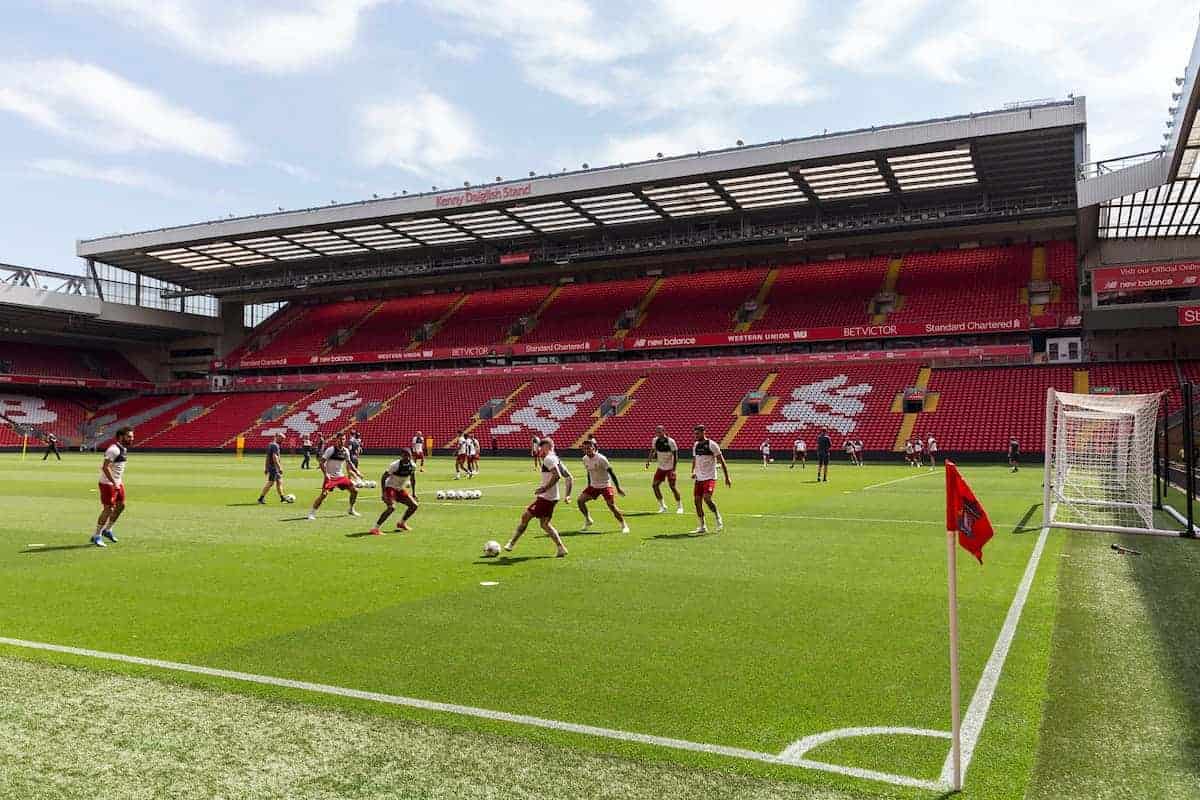 Liverpool held their training session at Anfield on Monday, as their preparations for the resumption of the Premier League campaign continue to be scaled up.

The Reds are expected to play their first fixture back on June 20, with a trip to Everton set to be broadcast free-to-air by Sky Sports as one of the headline games of the return weekend.

It could see them clinch the title if Man City lose their re-opening clash with Arsenal on June 17, and as such the importance of a strong start is paramount.

With the return to full-contact training last week, Liverpool have increased the numbers in each group gradually over the past week, with a view to playing inter-squad friendlies.

They took a step closer on Monday as Jurgen Klopp and his staff led a session on the Anfield pitch, utilising the club’s top-level facilities ahead of the restart.

The majority of Klopp’s first-team squad were present, though Xherdan Shaqiri remains absent as he undergoes an individual training programme, with the Swiss still short of fitness.

A fleshed-out squad of 29 was therefore available, with a variety of options in goal, defence, midfield and attack to allow Klopp to alternate his selection.

If Liverpool continue to use Anfield for full-sided training games, they would be joining Leicester in doing so, as Brendan Rodgers confirmed on Sunday.

“We’ll look at trying to prepare as best we can for that,” he said of the Premier League‘s return later this month.

“We’ll have some practice games in our own stadium before we play. We’ll play at the King Power, so they’ll feel and get a sense of that.”

The Reds will have naturally lost sharpness and explosiveness in their time in lockdown, having only been able to train alone in their homes prior to the reopening of Melwood, and would struggle without sessions on a full-sized pitch.

Sadio just doing what he does best ? pic.twitter.com/hFNZRQUmzs

Anfield is the perfect setting to regain this, then, and there are few better sides to test themselves against than one comprised of their own team-mates.

Not only that, but it will steel the players for the experience of playing in an empty stadium, with there being an undoubted difference as the Premier League is set be concluded behind closed doors. 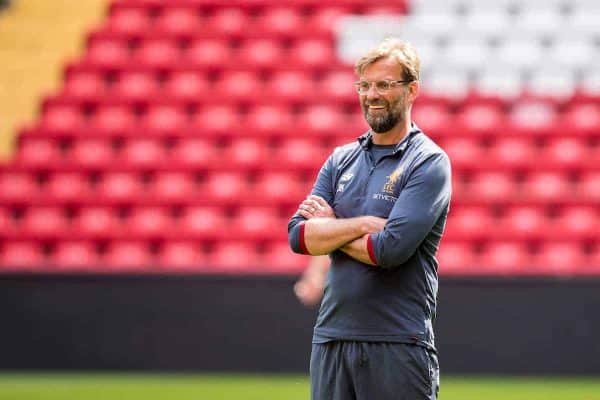 “We don’t have to be match-fit now,” Klopp explained at the weekend.

“We try it with increasing intensity, day by day, but we have to be fit on the 19th or 20th, whichever day they will give us against Everton, I think.

“It’s roundabout three weeks until then, that’s good. We want to use that and we will.

“It’s our pre-season; how I said, we don’t expect a long break in between the seasons, so this is a very important period for us.”