After a three-month hiatus, Liverpool are back in action against Everton on Sunday – here’s the view from two Blues ahead of the 236th Merseyside derby.

Liverpool’s last match against Atletico Madrid is a distant memory, but fortunately, the slow easing of the coronavirus means Premier League football is back.

It will be fascinating to see if Liverpool can regain the astonishing form that sees them sitting 22 points clear of Man City, as Everton look for a first derby win since 2010.

Ahead of Sunday’s much-awaited clash, we spoke to Matt Jones (@MattJFootball) and Dave Downie (@daviddownie17) from The Blue Room to see how they feel the game will play out.

What’s changed at Everton since March, if anything?

MATT: Not much really. There’s just a lot more injuries.

The club have continued to set the benchmark away from the field in these times of crisis, too.

While some clubs have taken controversial steps, they have been pioneers in issuing refunds to supporters for the games that won’t be seen live this season and the news about recent wage deferrals should ensure those involved in the club should keep their jobs.

That kind of stuff does make you proud to be associated with the Toffees, even if they are a bit of a shambles on the pitch sometimes.

DAVE: Personally, I think a touch of reality has started to hit many Evertonians after the initial burst of optimism and good results under Carlo Ancelotti.

For me, the excitement and positivity has been offset somewhat by a couple of factors: the limitations on the squad he has at his disposal, both numerically and in regards to quality, but also the financial constraints the club appear to be under given the relatively close proximity to FFP breaches in their latest accounts.

That’s a huge hurdle for Ancelotti to overcome given the work that needs doing in the transfer market—Sunday’s starting lineup and substitutes’ bench will tell the story.

I know that COVID-19 will have undoubtedly altered pretty much everyone’s spending plans, but for Everton, there are a host of other issues.

Is there anyone you think will benefit most from the time away? 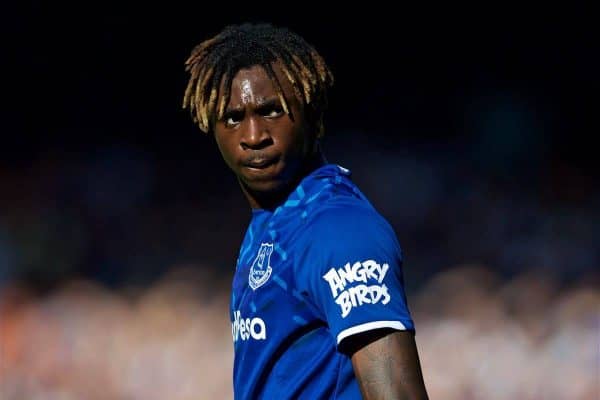 MATT: It’s difficult to single anyone out, to be honest.

Perhaps Moise Kean will get some more minutes, with Richarlison likely to be shunted to one of the wings, given the injury problems.

There is still a sense that there is more to come from the Italian, so seeing him a little more would be nice.

DAVE: Like Matt, I think Kean (his embarrassing lockdown faux-pas aside) should have settled down and found himself much more comfortable with his surroundings.

Andre Gomes, who was rushed back just three months after snapping his ankle, should also be at full speed.

In general, it has been a really poor season for many of our players, so the hope is they are coming back to prove themselves.

I won’t hold my breath, though.

What should be Everton’s main aim for the remaining nine games? 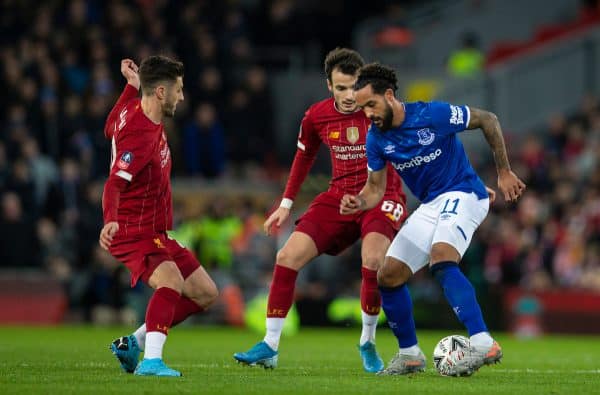 MATT: Getting a win to get to 40 points first, then giving some lads who look set to be part of this rebuild some time on the pitch.

DAVE: I’d like to think that the bulk of the squad have been told they are playing for their futures at the club, so I would like to see that reflected on the pitch.

So many of the squad have been letdowns in the last couple of seasons—I very much hope the penny has dropped for at least a few.

In regards to something to play for, Europe is out of the question and mid-table mediocrity will be secure with a couple of wins.

I would just like to see some enthusiasm from this group of players, which in turn would make recruitment a lot easier.

How are you expecting Liverpool to return: rusty or on fire?

I read this week that there are no injury worries for Liverpool and they are coming up against a depleted Everton at an empty Goodison Park.

It is a massive opportunity for the Reds, you have to say.

DAVE: Nothing has changed. I don’t believe anything will change, either.

You have got a squad and a manager who must feel they have had the carpet dragged from under them in not being able to lift a title they have sauntered to until the next couple of weeks.

There will be a burning desire to get that done as soon as possible.

Before the lockdown, Liverpool weren’t firing on all cylinders and looked a little fatigued, certainly in the last game they played against Atletico Madrid.

The break will have done them the world of good, so this, added to having to wait more than three months to get their hands on that trophy, will mean business as usual, as we’ve come to expect.

Is there anyone you particularly fear going into Sunday’s game?

MATT: Fear may not be the right word, as the usual derby belly and standard apprehension isn’t really there for this one.

Speaking to those of a royal blue persuasion, there’s understandably a ton of apathy about this encounter, given the circumstances.

But the Liverpool lads up top will cause problems against a makeshift back line and your midfield will be far too physical for whoever Everton can cobble together to play in there.

DAVE: How long have you got?

Not wanting to sound like I’m getting excuses in early, but Everton’s squad has been decimated by injury.

It looks like we will have three fit midfielders to choose from—two of them, Tom Davies and Fabian Delph, have been woefully out of form and it feels like it doesn’t matter which of them partners Gomes.

They will have their work cut out to cope with whatever three Klopp chooses.

MATT: Unless Dominic Calvert-Lewin and Richarlison can produce, Liverpool should win every battle on the pitch.

As mentioned, the midfield has been a big issue and I expect Everton to look to bypass that area as much as possible.

Once the Reds get a foundation in there and are able to bring in better quality off the bench, you sense they will run away with the game.

DAVE: The midfield will be key if Everton are to do anything in this game, but it feels that Liverpool need to have an off day.

Whoever starts there for us will have to perform in a way we have seldom seen this season. 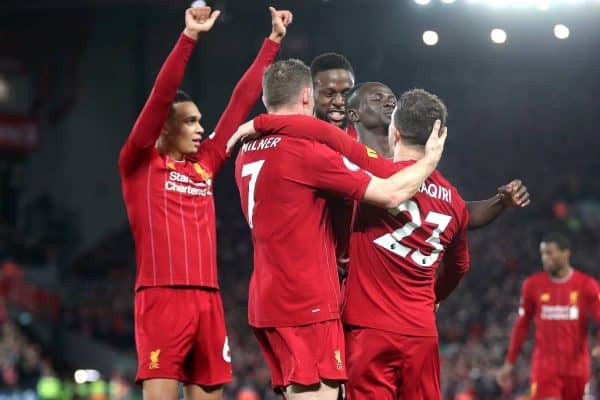