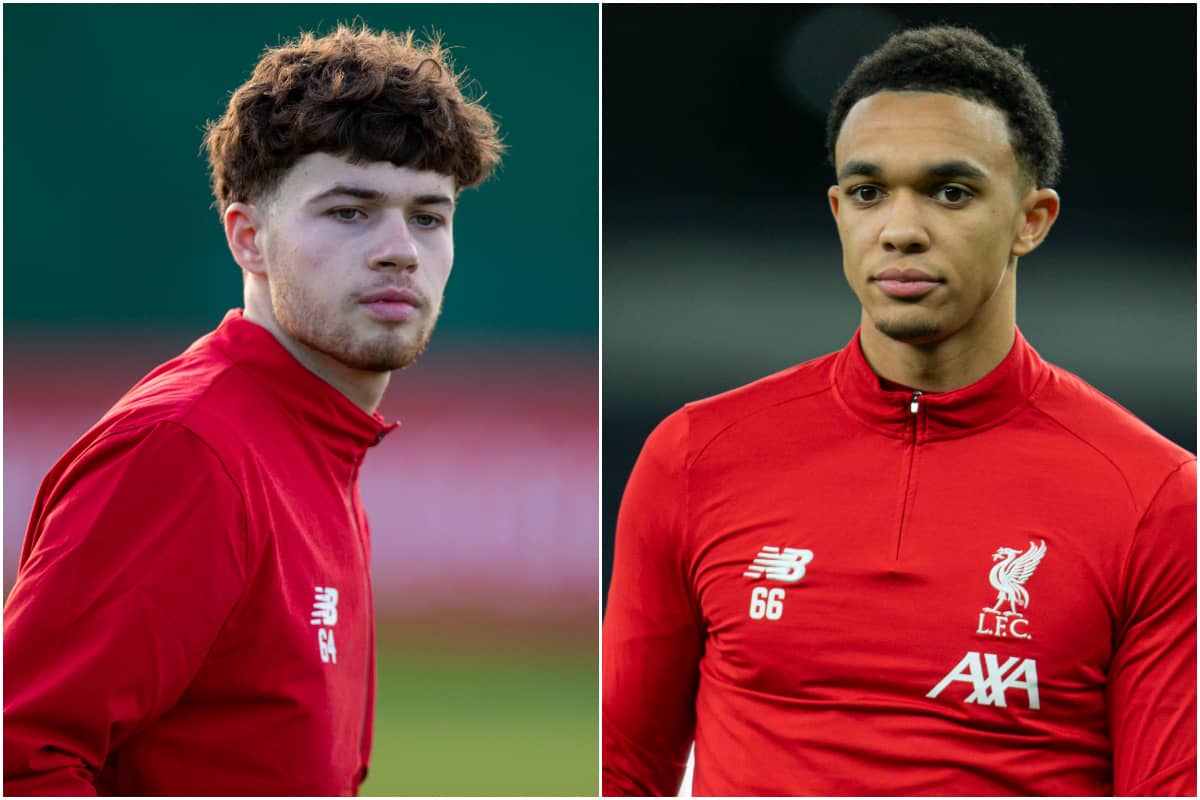 Liverpool academy boss Alex Inglethorpe admits he would be “very disappointed” if Neco Williams didn’t “put pressure” on Trent Alexander-Arnold for his spot.

After an unexpected promotion to the first-team setup, Williams is now poised to make his Premier League debut before the season’s end, as part of a long-term role under Jurgen Klopp.

The 19-year-old is now settled as backup to the Reds’ first-choice right-back, which puts the club in a very strong position when it comes to a role that only five years ago was considered a problem position.

Having two youngsters vying for a shirt, with one already established among the world’s best and the other showing potential to compete, is a hugely profitable position for Liverpool.

And Inglethorpe expects Williams to “put pressure” on Alexander-Arnold following his rise through the ranks, crediting the Wrexham native’s mentality.

“In Neco’s mind, he won’t see himself as just there to make up the numbers,” he told The Athletic‘s James Pearce.

“He’s quiet and unassuming but he’s also a very determined young man. He will put pressure on Trent, I’ve got no doubt about that.

Inglethorpe described Williams as a “slow burner,” which is fair to say given there was little indication he would break through prior to this season.

The Wales youth international, who is already being considered by Ryan Giggs for a senior call-up, is “someone you want to be successful,” with his application endearing him to Klopp.

“Being a right-back is still a relatively new experience for him, as up until the under-16s he played as a winger,” Inglethorpe continued.

“He’s a quick learner and such a great lad. He takes everything in his stride.

“He’s a good boy. He’s never caused anyone at the academy a moment’s bother. He’s someone you want to be successful.”

It is heartening to hear such praise for Williams, who has clearly impressed with his attitude since making the step up to Melwood, along with his ability on the pitch in his five outings so far.

His performance on his debut in the League Cup win over Arsenal in October showed that he is capable of playing a similar role to Alexander-Arnold; he was more involved than any other player, both defensively and offensively.

Though right-back is a demanding duty at Liverpool, it seems there is every faith Williams can fulfil it and push the No. 66 for a starting spot.