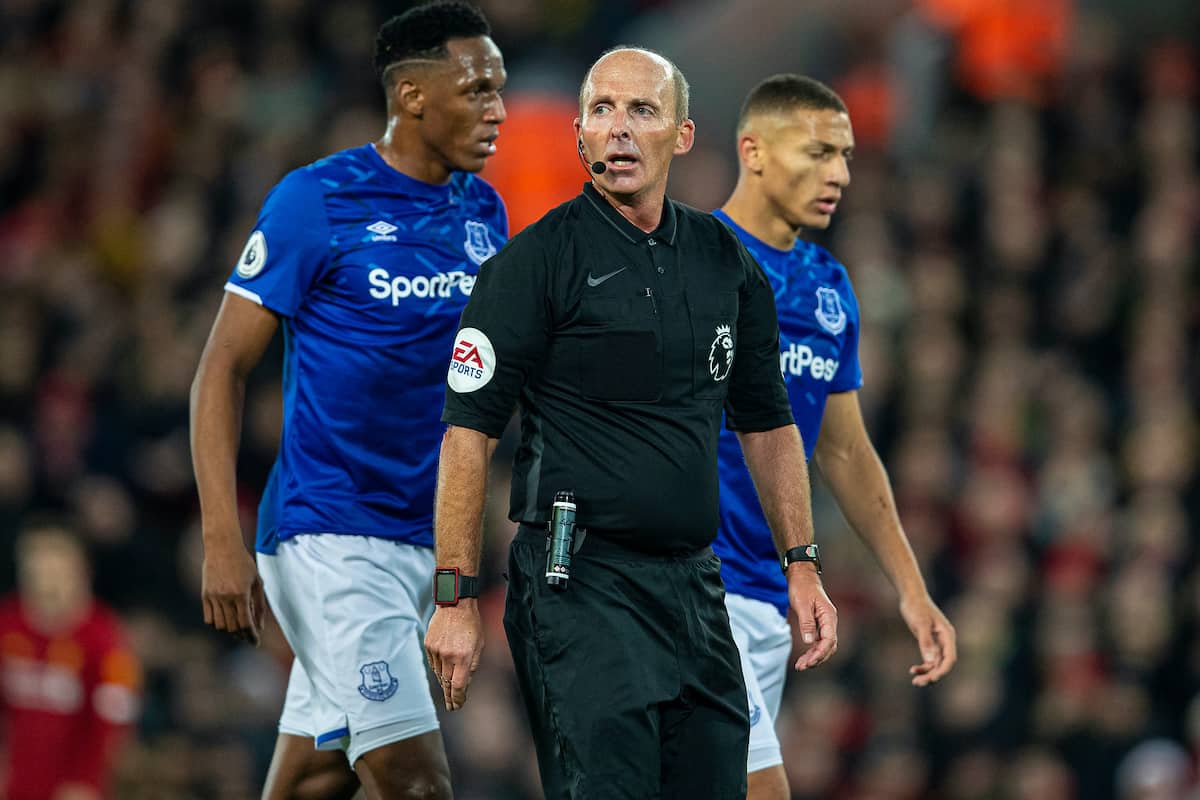 Mike Dean has been appointed referee for Liverpool’s first game back in the Premier League, with the Merseyside derby being only his fifth time in charge of a Reds fixture.

Dean is one of the most experienced and recognisable officials in the English top flight, having refereed in the Premier League since 2000.

But the 52-year-old has rarely been given the whistle for Liverpool game due to his local affiliation, having been born on the Wirral and being an avid Tranmere Rovers supporter.

His first time refereeing the Reds was in 2003, for the League Cup semi-final defeat to Sheffield United at Bramall Lane, but it was another 14 years before he was given another.

In the past three-and-a-half years, Dean has been in charge of just three Liverpool games, but two of those have been Merseyside derbies.

He will bring his overall tally to five on Sunday night, and this will be his third as referee for a clash between Liverpool and Everton—perhaps he is seen as a ‘neutral’ in this regard.

This could be seen as a good omen for the Reds, as since that defeat to the Blades they have won every game with Dean in charge, including the 5-2 rout of Everton back in December. 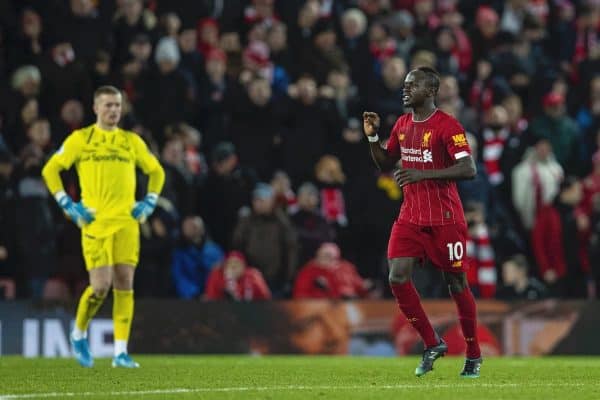 That day saw Dean show just three yellow cards despite it being a particularly feisty derby, with 30 fouls given and both Richarlison and Trent Alexander-Arnold involved in some aggressive challenges.

His appointment has not been popular with Everton fans, with many taking to social media to criticise the decision:

2 penalties & 2 red cards missed (if I remember correctly) and he’s been given the Derby again this season. How Mike Dean is allowed to referee Liverpool games is beyond me, especially big games like this. Our league is a joke, absolute shit show that they’re not even tryna hide

Mike dean the referee is he, whose family have season tickets for anfield, lump on penalty to lfc

Kopite Mike Dean has yet again been given the job of refereeing the Mersey Derby.
Martin Atkinson no doubt involved somewhere else.
Wonder what they are afraid of, baffles me

Mike dean to everyone wearing blue on Sunday pic.twitter.com/T4aRALo5Yu

The belief that any referee is biased against another side is one of the strangest narratives among football fans; though they may support other clubs, the allegiances of top-level officials will not sway their decisions.

Every precaution is taken by the Professional Game Match Officials Board, either way, and clearly there is faith in Dean to preside over one of the biggest games of the season.

This could even be the game that clinches the title for Liverpool, as if Man City lose to Arsenal on Wednesday night, victory will be enough to get them over the line.

Assisting Dean on Sunday will be Anthony Taylor, Simon Bennett and Darren Cann, with Chris Kavanagh and Stephen Child as VAR.