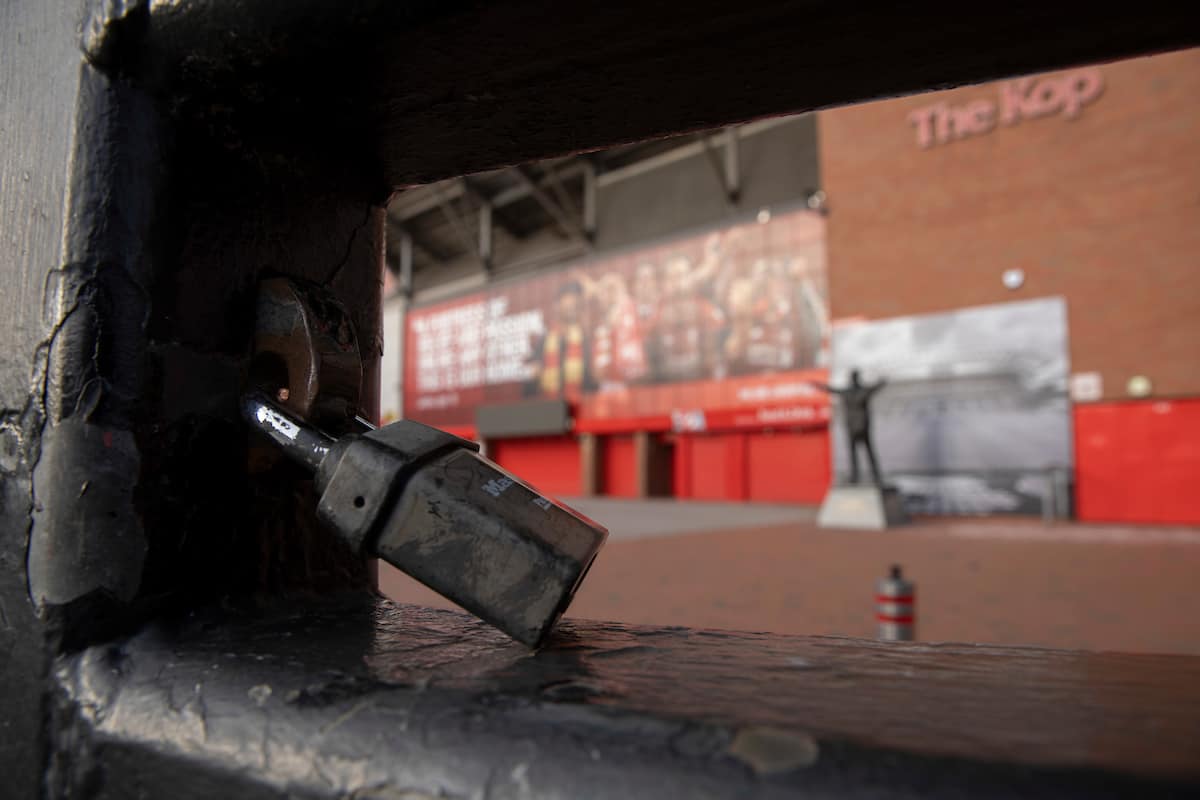 Ahead of the return of professional football in England, Aaron Cutler questions a perceived mistrust of football fans, especially Liverpool’s.

The return of the Premier League is now just a matter of days away. Its absence, though justified, has been no less agonising for those of us whose weeks, and indeed lives, revolve around the sport.

Simply put, anyone without an irrational hatred for Liverpool is relishing this upcoming festival of football.

Yet while the resumption of the competition is cause for celebration, could further trouble lie ahead?

A decision is yet to be made on where a number of Liverpool’s games will take place. This has created some debate.

Pressure on police resources is, we’re told, the reason this discussion has got so far. Neutral venues are being forwarded as the obvious solution.

Whatever the outcome, there as an insinuation our supporters cannot be trusted. It’s a dangerous one.

The muddled consensus seems to be that Liverpool fans will be unable to resist the urge to gather en masse as a long-awaited 19th title draws near. This is based on nothing but stereotyping.

It’s insulting to think, on the back of inevitable pleas from manager and players alike, that a sea of red will converge on Anfield in an attempt to recreate last summer’s glorious homecoming parade.

If you truly believe that however, it’s short-sighted in the extreme to downplay the club’s following nationwide. Supporters clubs operate as far south as Brighton…

It may come as a shock to those in authority, but Liverpool supporters watch the news too. We’re well aware of the devastating effect Covid-19 has had on this country and the fact we remain perilously close to triggering a second wave. Passion does not necessarily equate to stupidity.

Of course, the rules around social distancing further belittle this most flawed of arguments.
At the same time, football fans are being deemed irresponsible, literally, thousands of sunseekers are flocking to beaches with seemingly no concern for the sacred 2m rule. It’s those pesky football fans that present the biggest risk though…

Both the inconsistency and hypocrisy at play as the UK moves out of lockdown suggests Reds could gather at Formby Beach on the day the title is clinched without fear of repercussions. Unless they wore replica shirts perhaps… 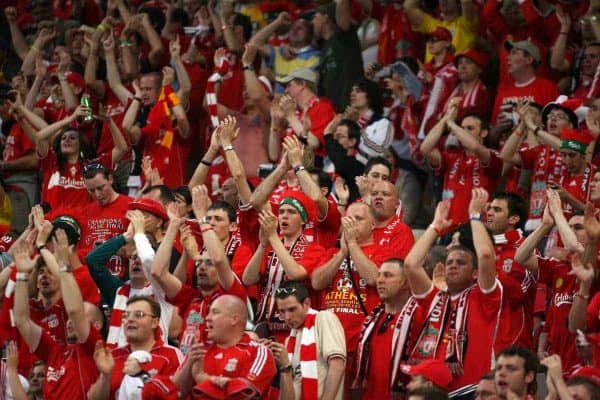 The fear is a storm is brewing.

While there should be no doubt the vast majority of Liverpool supporters will stay away from
Anfield, Wembley or wherever our games eventually unfold, the likelihood is a small number will flout the rules, as they will every side.

There could be smatterings of West Ham supporters outside the London Stadium, Geordies outside St. James’ Park. The difference is they’re not the story.

The narrative has been written. It’s Liverpool supporters that the suits distrust, which means any gathering – even one as small as 20 or 30 people – will create headlines both damaging and incessant.

A bank of photographers will lie in wait, hoping to snap jubilant Reds who could easily find themselves slapped across the front pages the following morning and branded disgraceful. It’s not as though certain tabloids don’t have a history of attacking our city…

Should this occur, support is unlikely to come from our beleaguered government, who would welcome a break from scrutiny exposing a catalogue of errors in their response to this awful pandemic. Heck, they brought forward the easing of restrictions simply to turn attention away from their chief advisor and that ‘unique’ approach to testing his eyesight.

Forget not they also rounded on Premier League players and their failure to defer wages to the NHS in the early days of the crisis, something club captains were already in the midst of organising.

As multi-millionaires, footballers were an easy target then, so Liverpool fans could be in the next few weeks. The faux outrage that will come from the ‘Null and Void’ brigade will only fan those flames further still.

We, as a supporter base, need to remain vigilant. As the players have a job to do on the field, so we do off it. We’ve waited too long for this moment to have it tarnished by those with pre-conceived notions, an agenda… or both.

Two more victories will secure the Premier League crown but another off the field will make any celebratory parade when that does eventually happen, all the sweeter.