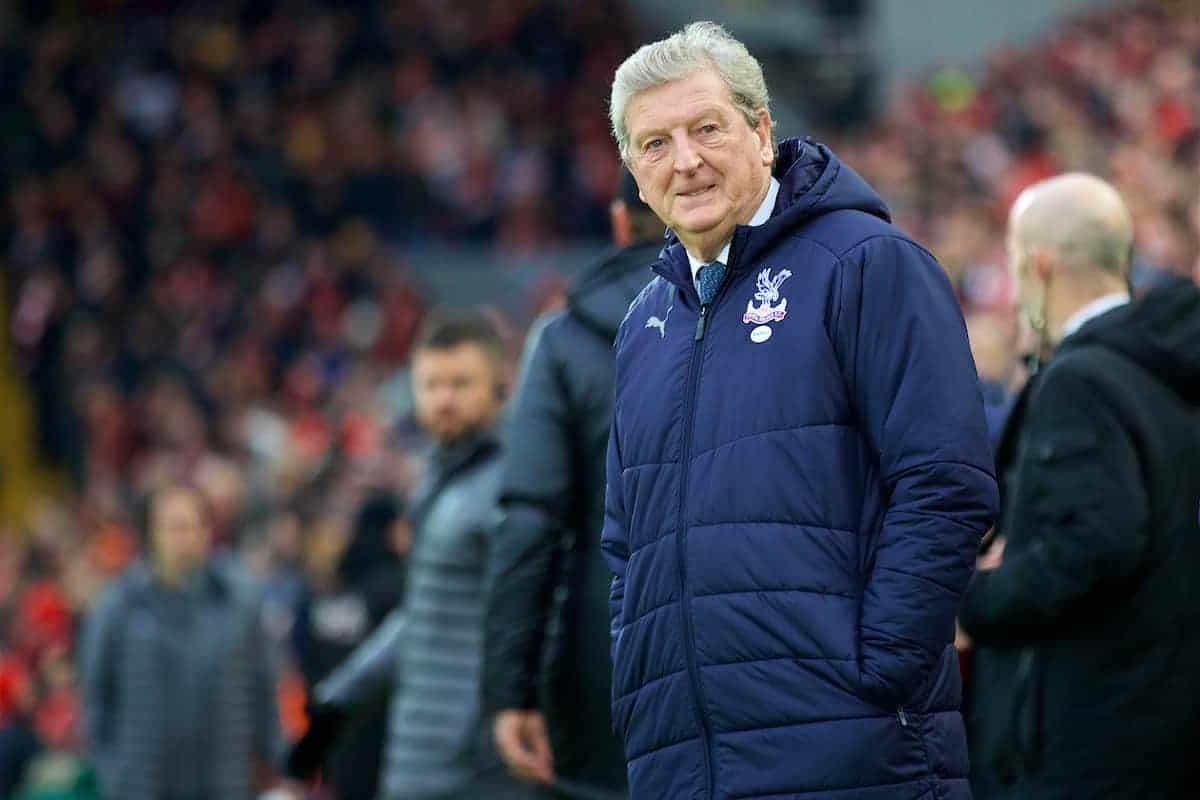 Roy Hodgson believes Crystal Palace could gatecrash the European places – if they get some luck with injuries.

Eighth could be enough for a spot in the Europa League this season, and Hodgson says his players have every right to have their eyes on that prize.

“Should the players be looking at Europe? There’s no reason why they shouldn’t,” said the Eagles boss.

“But I get a little bit bored repeating myself. This is a period of time where you are going to need quite a few players. You need to be able to rotate.

“You’re going to need to be able to deal with the injuries that are going to come up. Sometimes not massive injuries but injuries which keep people out of games.

“My only concern for the team is in certain areas of the field we don’t have the cover or the amount of players we need to push on and make that concerted effort which will be needed to reach a European place.

“Having said that I’ve seen Wolves play virtually the same XI for long, long periods of time and, what’s more, take on more matches than the rest have played.

“So we could be very lucky and if we can keep the 14 or 15 senior players we have fit then I believe we have a chance.”

Palace head to Liverpool on Wednesday for what could have been the title clincher, but for the Reds’ draw with Everton at the weekend.

An empty Anfield will be a strange place but Hodgson does not entirely agree with the argument that Liverpool will be at a disadvantage with no fans.

“There’s no doubt Jurgen Klopp and the players would prefer to play in an Anfield with 60,000 spectators roaring them on but I think we’ve all come to terms with the fact that’s not going to happen,” he added.

“Nothing changes in terms of the quality Liverpool have, the way they play, their organisation, their determination also to keep going despite having had the league title in their pocket for quite a while.

“Nothing’s going to change there. People sometimes argue that it’s easier to play in empty stadia – I don’t know.

“For me it’s as always; 22 actors on the field, each doing his best to try to get a result. That’s all I can hope for from my team.”