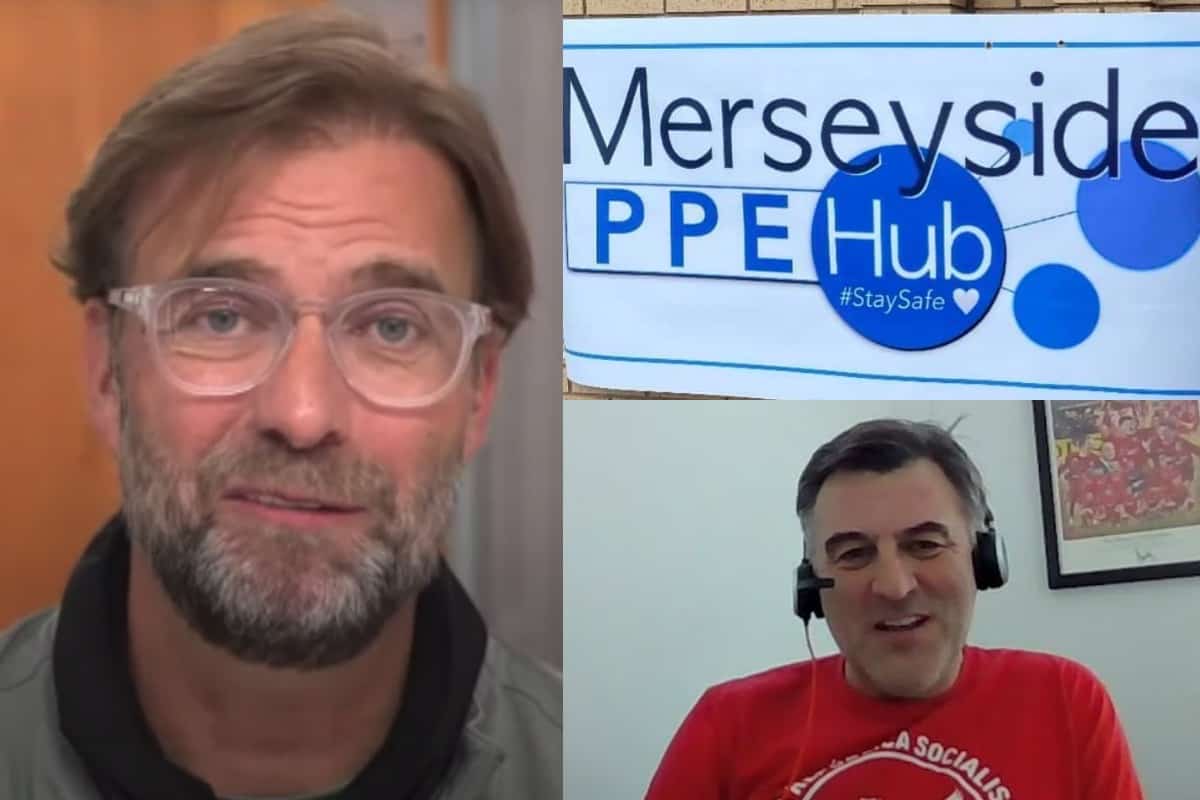 Jurgen Klopp has praised the “unbelievable” work of those who contributed to the Merseyside PPE Hub’s efforts to provide protection to those on the frontline both near and far.

The pandemic has seen countless glowing examples of human kindness, and one collaboration saw over 48,000 PPE visors created for healthcare workers on Merseyside and beyond.

Local businesses, including Fans Supporting Foodbanks, and educators joined together to create the ‘Merseyside PPE Hub’ after the shortage in supplies to those on the frontline became abundantly clear.

Over 50-60 volunteers were involved in the operation which has seen tens of thousands of visors, scrubs, hand sanitisers and gloves handed out to those in need.

They organised a fundraising event in May which saw the likes of Jamie Carragher, Jamie Webster, Ian Byrne MP and David Price runs laps to raise money for more PPE, where a long list of contributors managed to collectively run 96 miles.

And the manager was eager to show his appreciation to all those involved praising the “solidarity” on show as he talked to key members John Parry, Ian Bryne MP and Dave Kelly during a video call.

“Everton and Liverpool is an interesting thing because you would say they cannot come together but you see in the most important things that it comes easy. And thanks to you for that,” Klopp said.

“Showing the best in us, the best of the game – it’s about solidarity and it’s about togetherness. I couldn’t thank you more.

“Life is not always fair I would say, but we deal with it and without people like you it would be much more difficult.

“Wherever we can help as a club, me as a person, players or stuff like this – we are open. Our life is not normal, we know that.

“We need people who give us the right information where we can do something for the community because we all live here and we want to have this area as good a place as possible and that for me is the most important thing.

“Thank you very much for all of what you’ve done. I send my regards to all the people out there.”

An incredible initiative in a great time of need, an act which epitomises the city of Liverpool.

“But the overarching thing is football fans once again working within society to come together collectively.”

The Merseyside PPE Hub will close as of June 26, but you can donate to the Fans Supporting Foodbanks fundraiser here.