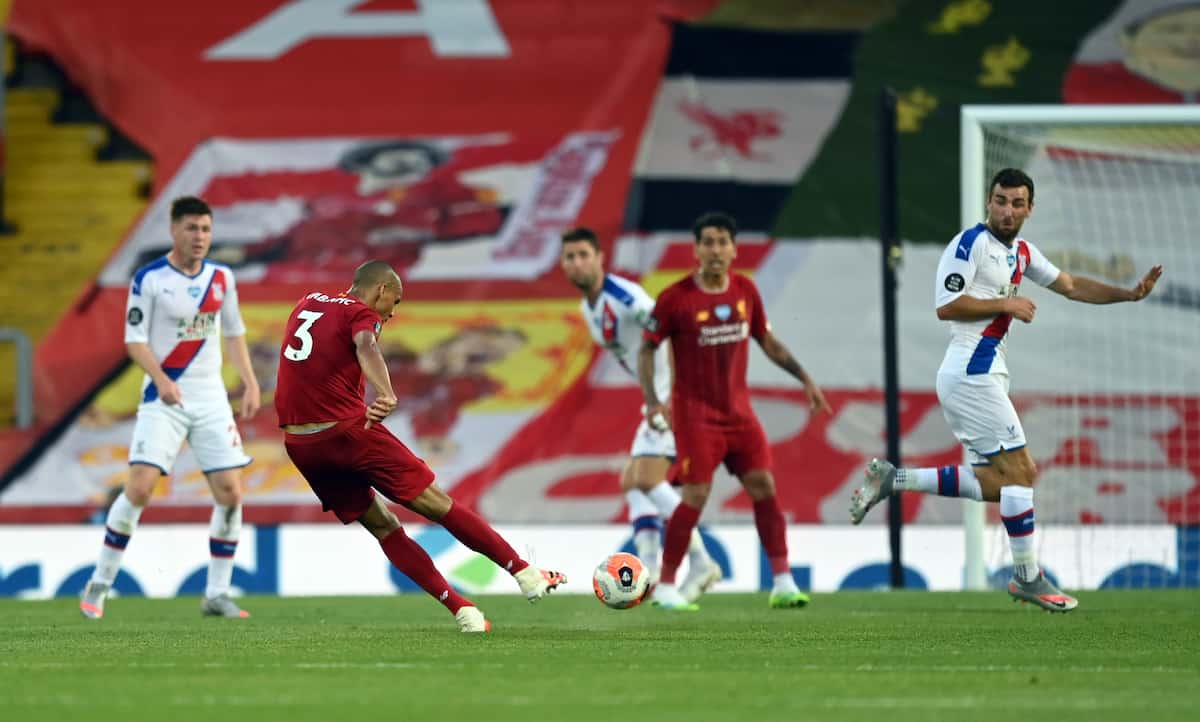 Liverpool beat Crystal Palace 4-0 at Anfield on Wednesday night, to move within two points of the Premier League title.

Liverpool’s first home game behind closed doors saw the Reds go full strength against Palace in their second game back after the restart of the top flight in England.

Jurgen Klopp recalled Joe Gomez, Mo Salah, Gini Wijnaldum and Andy Robertson after the 0-0 draw at Everton—but more importantly, the Reds were far better with their tempo of passing, movement off the ball and attacking intent.

It didn’t take long for the Reds to threaten, with Jordan Henderson striking the base of the post after Wijnaldum had sent a close-range effort wide.

But it was Trent Alexander-Arnold who opened the scoring, curling home a brilliant free-kick just before the water break at the midway point of the half.

The Reds were utterly dominant throughout and scored just before and after half-time: Fabinho clipping a pass over to Salah, who notched the Reds’ 100th of the season in all competitions, then Fabinho himself drilling an unstoppable strike in from range.

Liverpool’s goal of the night was perhaps the fourth, a sweeping move from one half of the pitch to the other involving all three forwards, with Mane finishing brilliantly in off the left.

Neco Williams made his Premier League bow as a sub and Harvey Elliott also featured late on, as the Reds put in perhaps the best team performance since the league resumed last week.

Just two points separate the Reds and the title now.