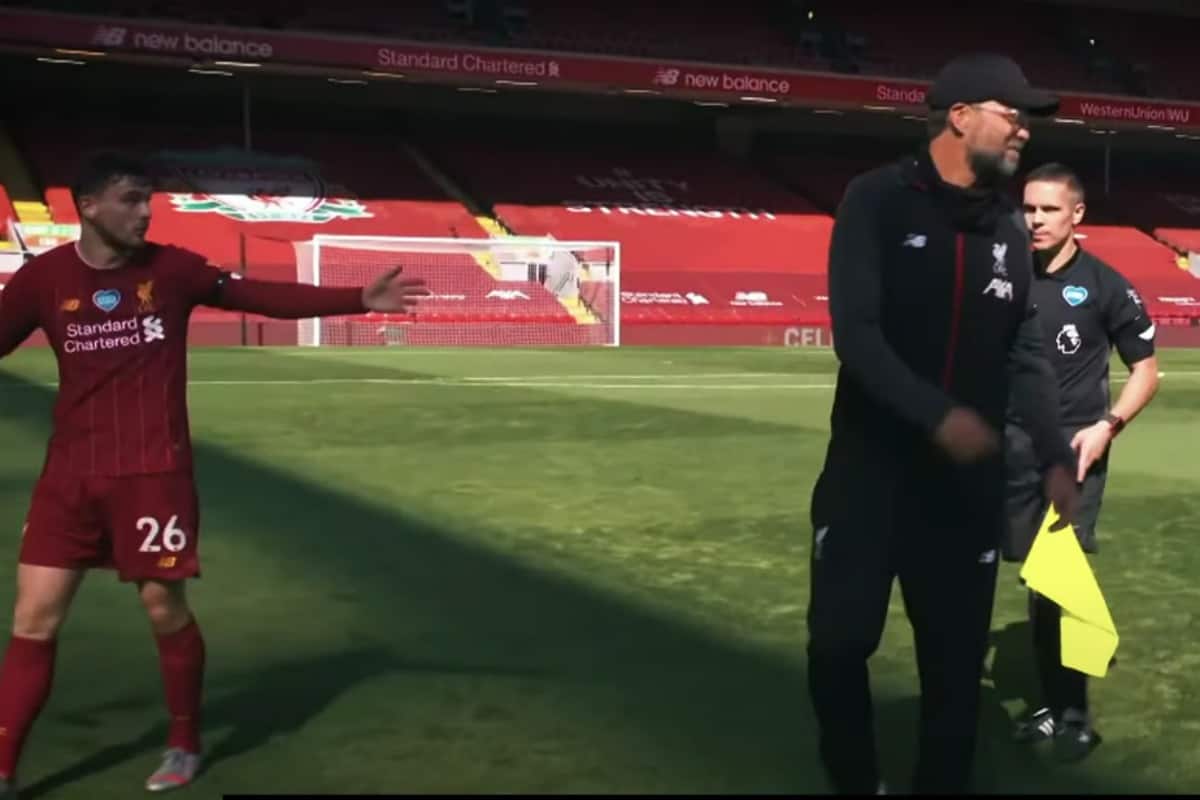 Andy Robertson took his frustrations out on the referee after being denied a penalty against Burnley, in what was yet another eyebrow-raising performance from the officials.

Premier League officials have come under increasing fire in recent days following a string of wrong calls over VAR, and they once again felt the heat but this time from Liverpool after their draw on Sunday.

Throughout the affair, referee David Coote was very lenient in a number of his calls and the decision not to award a penalty to the Reds after Robertson was impeded by Johan Gudmundsson late in the second term led to an animated confrontation after the final whistle.

Robertson, Trent Alexander-Arnold and Jurgen Klopp all had a pop as their frustrations boiled over for what they wholeheartedly believed was an illegal challenge and a sub-par overall performance. 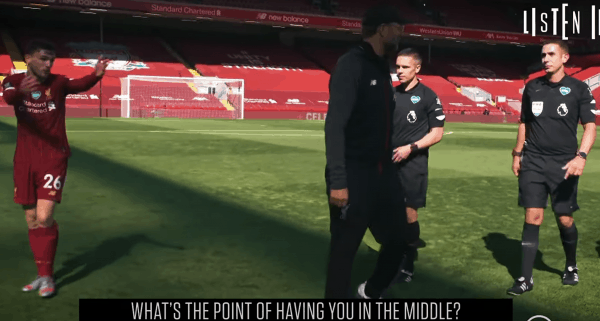 And while Klopp would later usher Robertson away, he couldn’t help but make his stance known as he said: “Really bad, I have to say. We have to be honest.”

But the pair were not the first to air their grievances as Trent had already stressed the fact that the “contact echoed around the f***ing stadium!” should have been enough of a clue.

And while they are free to assess how the referees officiated the game, Klopp’s side should have been well and truly out of sight at the point and only had themselves to blame for converting only one of their 23 shots on goal and leaving with just a solitary point.

But that very display of frustration, despite having already secured the Premier League title in record time, was one which was welcomed by fans:

Andy Robertson asking the existential questions we all have about the usefulness of referees. True philosopher.

Robbo is every single one of us. Love this. pic.twitter.com/UM5riE06Xz

League won but still fuming at end?love it???

For added context, the Reds have been awarded just five penalties in the Premier League this season, only one of which has come since the turn of 2020, while Man United lead the way with 13.