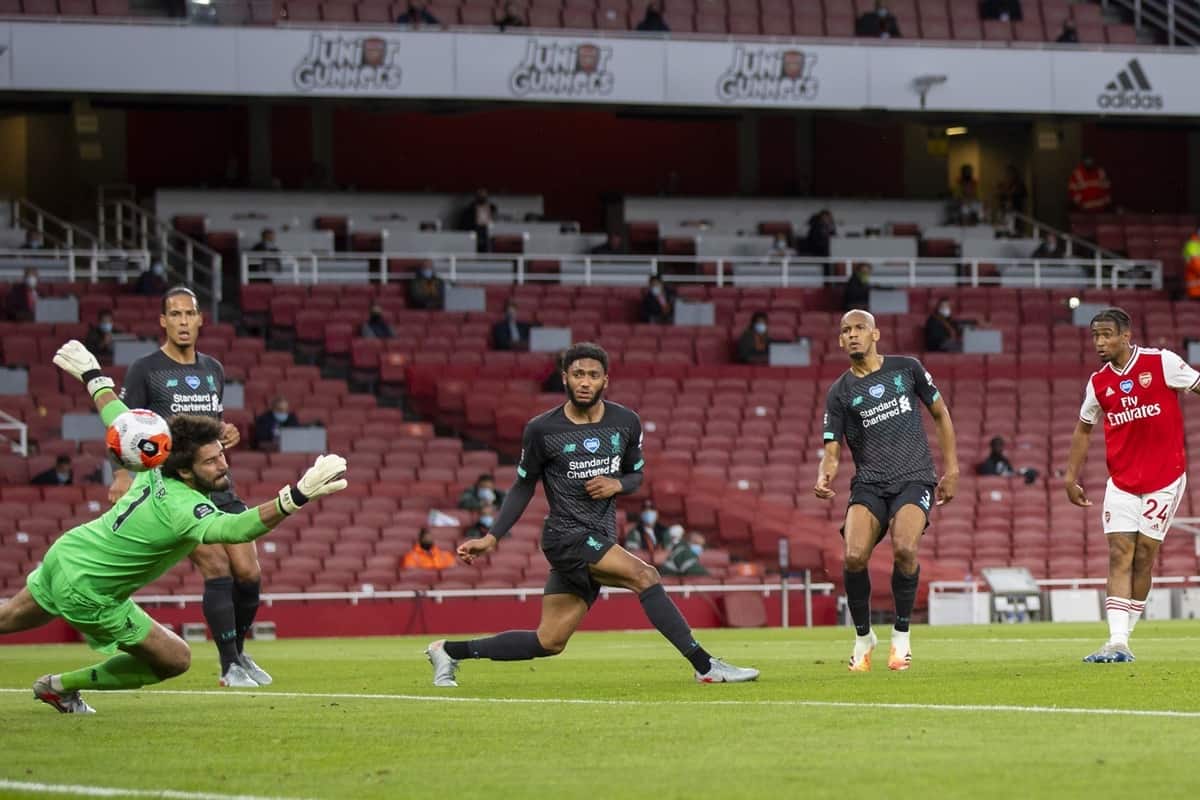 A flurry of mistakes proved costly as Liverpool relinquished an early lead to fall to a 2-1 defeat at Arsenal, ensuring the all-time points record is no longer in reach.

A trip to the capital this season has been a happy hunting ground for Jurgen Klopp‘s men, but the final visit is one they will wish to immediately put out of sight.

Opting to restore the first choice back-line and hand Alex Oxlade-Chamberlain a start to counter the hosts’ five-man defence, Liverpool’s intentions looked clear from the off despite the luxury of their position at the summit.

Arsenal were handed their first warning when Roberto Firmino found the outside of the upright after closing down Emiliano Martinez, with the Reds successfully penning the hosts in their own half.

And the reward would come merely minutes later as Sadio Mane finished off a sumptuous defence-splitting move kickstarted by the industry of Andy Robertson, his 17th league goal of the season.

But the feel-good factor soon dissipated for those of the Liverpool persuasion as Klopp’s men soon turned out to be in a giving mood, gifting Arsenal two goals in the space of ten minutes to make it 2-1.

First, a rare mistake from Virgil van Dijk, who felt he had been impeded, on the edge of the area gifted possession to Alexandre Lacazette who rounded the ‘keeper to slot home, and the Frenchman would soon turn provider for Reiss Nelson as the Gunners punished Alisson for a wayward pass. 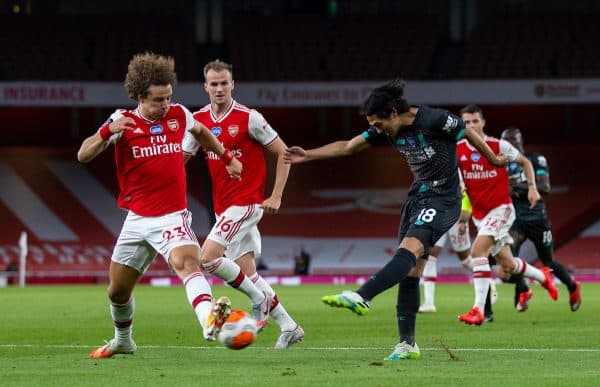 A jaw-dropping turn of events for Klopp and Co. as they proved to be the masters of their own demise, which left everything to do in the second half.

And chances would arrive in a flurry at the start of the second but to no avail, with Mohamed Salah only able to see his effort tipped over the bar despite being gifted time to take an extra touch to tee up his favoured left foot from close range.

At the other end, the defence were left on standby as the Gunners practised the art of patience by waiting for another mistake to pounce on.

And with the weight of possession favouring Liverpool, the boss was quick to look to the bench as he introduced both Takumi Minamino and Naby Keita, both of whom injected energy and forward drive in equal measure – the former of whom had a reasonable shout for a penalty waved away.

The result, of course, means Liverpool can no longer equal or break the all-time points record as they are now capped at 99 points with only two games remaining, but all eyes will now be on the title-lift after the Chelsea game in seven days’ time.