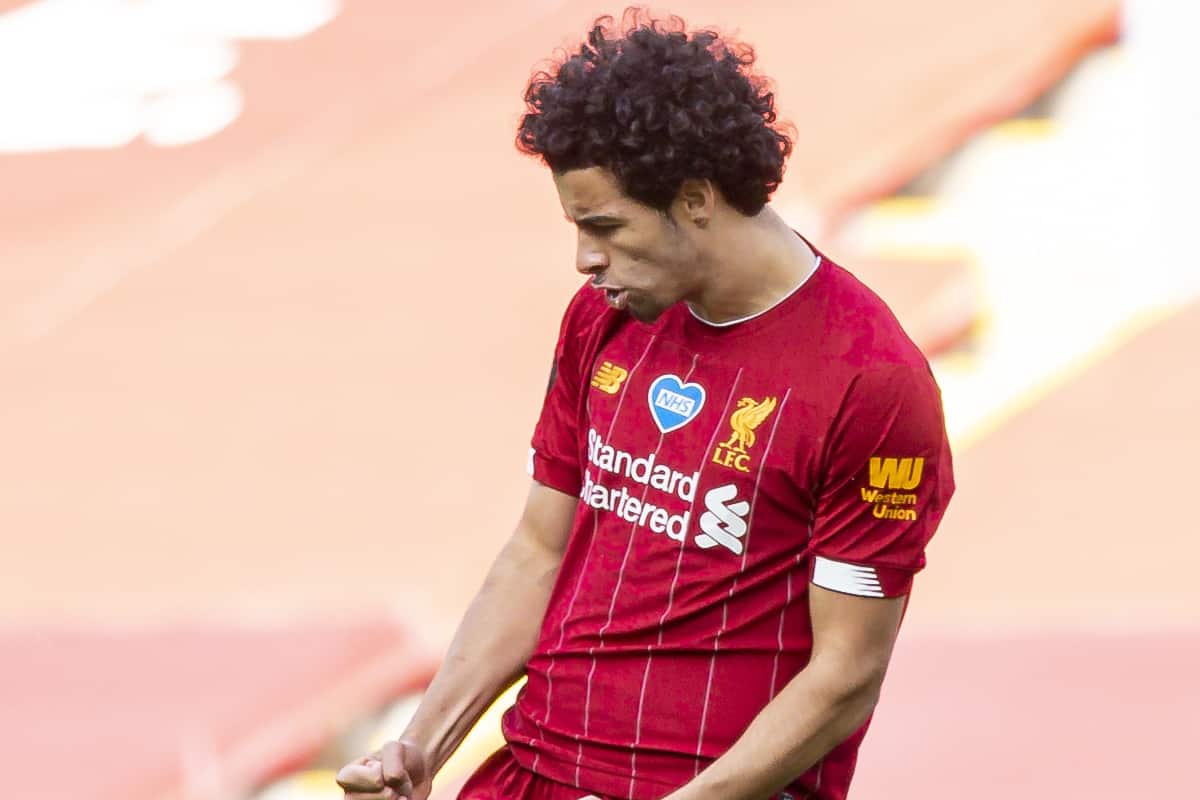 Curtis Jones offered Jurgen Klopp and his coaching staff his gratitude as their show of faith helped paved the way for his first Premier League goal.

It has been a week to remember for the 19-year-old, first putting pen to paper on a new five-year deal before scoring within four minutes of his third league appearance for the Reds.

The goal marked his first in the Premier League and helped Liverpool secure a 2-0 win over Aston Villa, a result which moved Jurgen Klopp‘s side to within 11 points of the century mark with six games left.

It was a performance not worthy of any awards, but the Reds got the job done and for Jones, his introduction in the 85th-minute mark with the scoreline reading 1-0 was one which showed the belief Klopp has in him.

Speaking to Sky Sports post-match, Jones was rightfully delighted his strike and hoped the fans “were buzzing to see a local lad score.”

“It felt great, but I think more importantly the boys came away with the three points after everyone said that we had a difficult week, but the boys dug deep and I’m just grateful to come away with my first Premier League goal,” Jones explained.

“I think they all count but, as I said before, I’m just happy the boys come away with the three points and hope that the fans at home were buzzing to see a local lad score his first Premier League goal. I hope I can give more in the future. 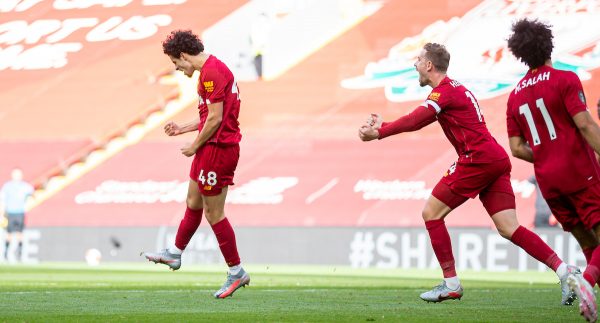 “It’s been a big week. I signed again, I scored my first Premier League goal but I have to give credit and a big thank you to the manager and the staff for the belief that they have shown me and the opportunities that they’ve given me all season.

“It goes to show that it’s a difficult game against Villa and they’re in a difficult position at the minute and it was only 1-0 and the game can go anyway and he’s put me on, and I think I’ve repaid him in a good way – hopefully.”

There are high hopes for the 19-year-old moving forward, both this season and next, and the manager was equally delighted for Liverpool’s No. 48 and the performance he offered during his limited time on the field.

“He deserves the goal, the game, the appearances, so I’m really happy for him,” Klopp said.

“He signed a new contract yesterday which is good for him and good for us. We’ll have a lot of fun with him.”