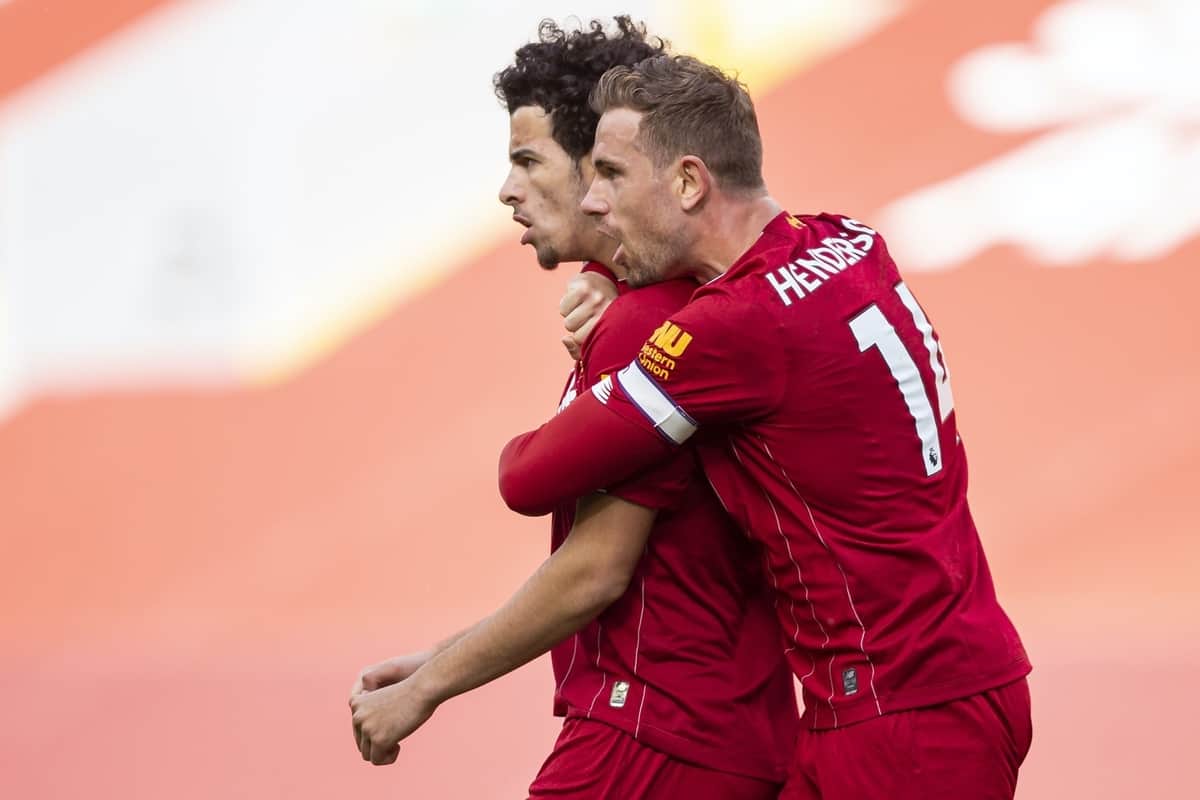 Curtis Jones‘ perfect weekend has further cemented the belief that he can take up an important role at Liverpool, which could solve a number of problems this summer.

By his own admission, Jones will have exceeded his expectations for the season.

Speaking at the start of pre-season, the teenager simply laid out his objective for the campaign as to “get some minutes” in the Premier League.

Just under a year on, and he has become the club’s youngest-ever captain, scored the winner in a Merseyside derby, the decisive penalty to knock Arsenal out of the League Cup and has now netted his first league goal.

His strike in the 2-0 win over Aston Villa at Anfield was symbolic; the Reds’ first home game since being crowned champions, Jones gave another promising glimpse into the future.

He was only on the field for eight minutes, including injury time, but he made sure to maximise every second he was afforded, as Klopp acknowledged.

“He came on, the first situation he had was a shot, then he was involved in a foul,” the boss recalled in his post-match press conference.

“I think he had pretty much everything apart from a card in a really short period of time, and then he scored a goal. The goal he deserves.” 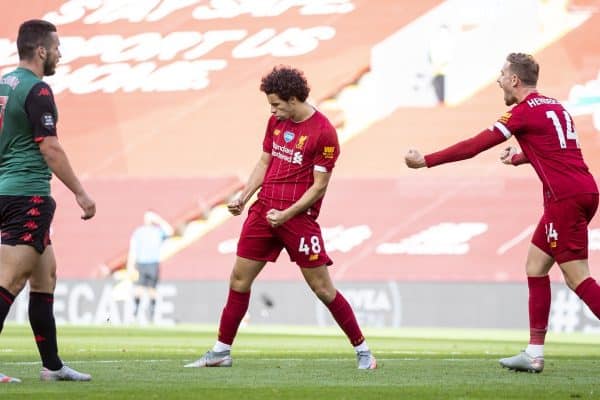 Jones’ half-volley beyond Pepe Reina—a player he will have grown up watching, having debuted for the Reds when the midfielder was just four years old—came less than 24 hours after the club announced his new five-year contract.

And the grip Jordan Henderson locked him in as he celebrated showed the esteem he is held in at Liverpool, with James Milner, Andy Robertson and Gini Wijnaldum among those to congratulate him on social media.

Klopp told Jones to take the game “by the scruff of the neck,” and that he was trusted to, and then able to, is testament to the progress he has made this season.

Taking over from Naby Keita in the middle of the park, the 19-year-old supported the front three of Sadio Mane, Mo Salah and Roberto Firmino, with his express instruction to get on the ball and make things happen.

Up against a similar Villa side to that which pummelled his academy colleagues in the League Cup at the end of 2019, Jones looked at home in midfield.

His natural physique, standing at over six foot, allows him to match up to more senior opponents, but it is his unwavering confidence that gives him the platform to dazzle, and the drive to make it 2-0 late on. 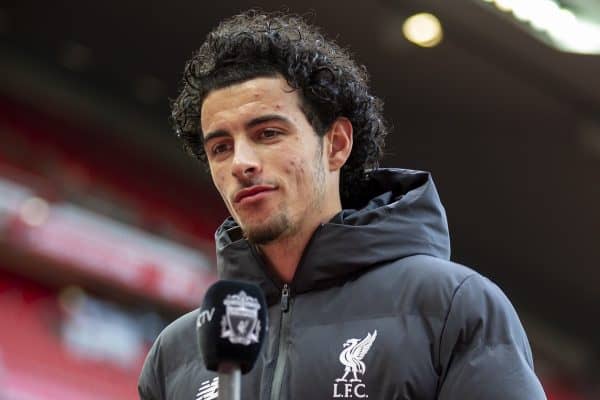 The stutter that accompanies his post-match interviews belies the conviction of a player who knows he has the quality to make it at a club like Liverpool.

Jones knows it, Klopp knows it and the Kop are growing to embrace it—but importantly, that does not manifest itself into the perceived arrogance that allegedly prompted Everton to turn him down as a six-year-old.

“Plenty of young players have the skills,” Klopp explained on the announcement of a deal that will keep Jones at Anfield until at least 2025.

“It’s about more than that if you want to achieve potential, and Curtis is showing it.”

The manager praised his “super attitude,” and this was echoed as academy director Alex Inglethorpe spoke to the Times‘ Paul Joyce, saying “there is a new level of maturity that I have seen in Curtis this season.”

It is no longer about simply picking up the ball and trying out the flicks, tricks and dribbles that made him such an attractive player at an early age, with Jones now accepting that there must be a lot more to his game to make it under Klopp.

Inglethorpe highlighted the Liverpool under-19s’ 7-0 thrashing of Napoli in the UEFA Youth League back in November as a marquee moment for Jones, who scored a hat-trick that day but was also “ruthless” in setting the tone for his team-mates.

Giving him the captain’s armband at youth level has helped that, instilling a sense of responsibility that also aided Harry Wilson‘s step up to the senior stage, but so too has the advice of professionals like Milner and Henderson.

One of the most influential figures in the dressing room at Anfield will leave next month, and while Jones will no doubt miss a role model like Adam Lallana, he will also be licking his lips at the opportunity his departure presents.

Fitness issues notwithstanding, it is notable that Lallana has not been involved in a matchday squad since signing a new short-term deal with Liverpool ahead of the Premier League restart.

Lallana’s extension was designed to reward the 32-year-old for his service and the important role he played in the Reds’ resurgence under Klopp, but it came on the proviso that he would not be blocking the next generation.

Jones filled the No. 8 role against Villa, and that is arguably where he is most comfortable, but like Lallana—and particularly a young Lallana—he is capable of operating in a number of positions.

Midfield may be where he sees the most action as he makes his breakthrough, but much of his recent years in the academy have been spent on the left wing.

With Divock Origi again flattering to deceive in his latest outing, it could be that Jones’ flexibility allows him to usurp the Belgian in the pecking order in attack.

He has, after all, only scored two fewer goals than Origi so far this season, with three in nine appearances, despite playing 863 fewer minutes.

Klopp has repeatedly stressed that the young players in his squad will not be given games for the sake of it, but only if they are ready and if the situation dictates it—and Jones’ cameo against Villa proved he is ready.

Ahead of a transfer window that could see Klopp tweak his squad with a handful of additions, but also one that he has already admitted would benefit from “creating our transfers internally,” the way in which his No. 48 has stepped up is timely.

The last time Liverpool won the European Cup, in 2005, their foundation was built on the quality and influence of two local lads in Steven Gerrard and Jamie Carragher.

Now, with No. 6 and No. 19 in tow as Klopp forges a dynasty, perhaps Jones is prepared to join Trent Alexander-Arnold to ensure there are, once again, two Scousers in our team.