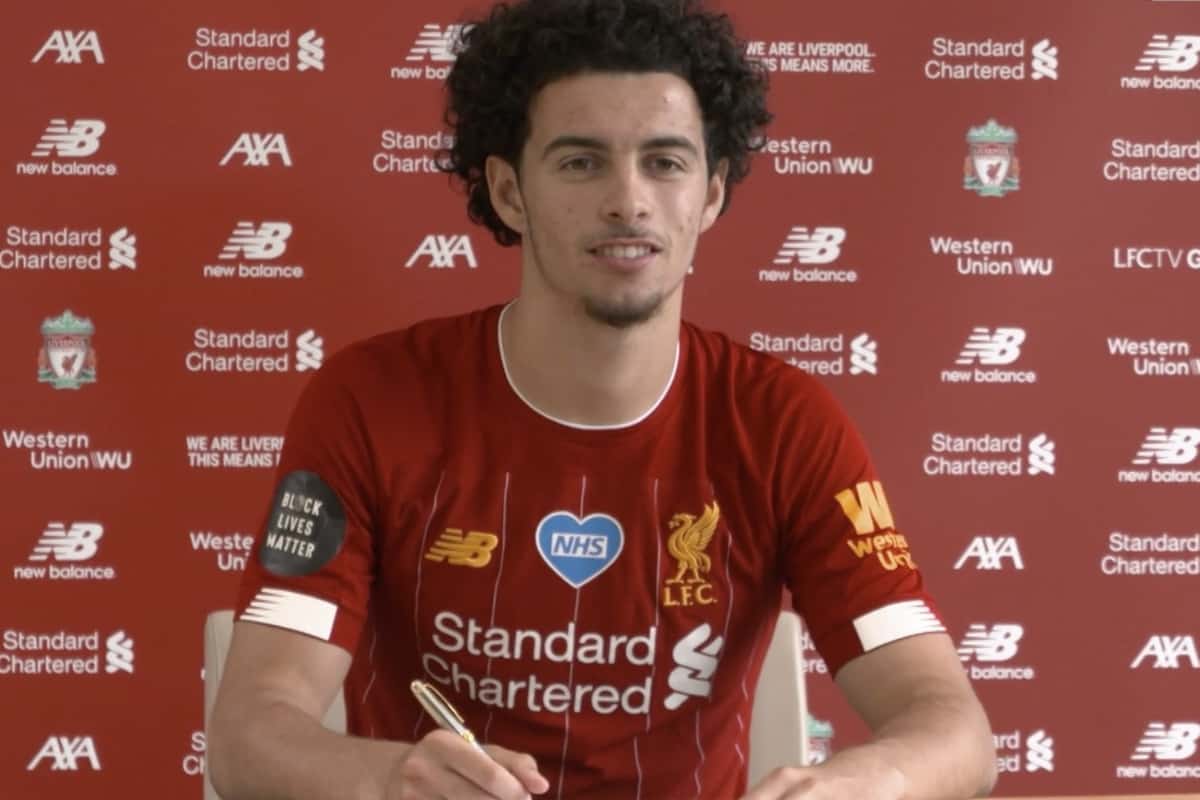 Jurgen Klopp has told Liverpool fans there will be “more than one ‘Scouser in our team'” now, after Curtis Jones signed a new five-year contract to “reward” his progress.

Jones only agreed his last extension with the Reds at the beginning of the season, but another deal was confirmed by the club on Saturday evening.

The 19-year-old has signed for an additional five years, tying him to his boyhood club until at least 2025, which is one of the longest contracts in the current first-team squad.

It comes as a breakthrough campaign for Jones draws to a close, after becoming Liverpool’s youngest-ever captain in February and so far making eight appearances in all competitions.

He is now firmly a part of the Jurgen Klopp‘s plans, and speaking on the announcement of Jones’ deal, the manager explained how this was a “reward” for his rise, and a sign of things to come.

“This is a little different to the announcement we made last year when Curtis signed his last contract,” he said.

“That was about both the player and club making a long-term commitment to each other.

“Today’s news is more about reward. When Curtis signed we made promises to him that if he continued to improve and grow as a player that we would make sure we recognised that and that is what we have now done. That is our way here.

“We want our young players to achieve their maximum and a big part of that is keeping the focus on their journey and not just a destination.

“You have to make sure their development is constant, otherwise you are failing them.”

Jones’ development has clearly been constant since his promotion to Melwood, and it is likely that he accrues enough Premier League appearances between now and the end of the month to qualify for a winner’s medal.

That could include a first start in the top flight, after coming off the bench against Bournemouth and West Ham so far in the league.

As Klopp continued, this is no courtesy gesture to a local player at the end of a title-winning campaign, but the next step for a Scouser who ticks all the boxes and should follow Trent Alexander-Arnold into the side on a full-time basis.

“I could not be more pleased or proud to see how he has blossomed. Super attitude—brilliant application—and a really important member of this squad now,” the manager said.

“His quality is not in doubt; technically and ability-wise at the highest level.

“But plenty of young players have the skills, it’s about more than that if you want to achieve potential and Curtis is showing it.

“For Curtis now it’s about continuing his improvement.

“If he does that, he can achieve anything he wants in the game. I think we are the perfect environment for him, so it’s a very cool situation.

“I love it that our supporters will be able to enjoy having more than one ‘Scouser in our team’.”