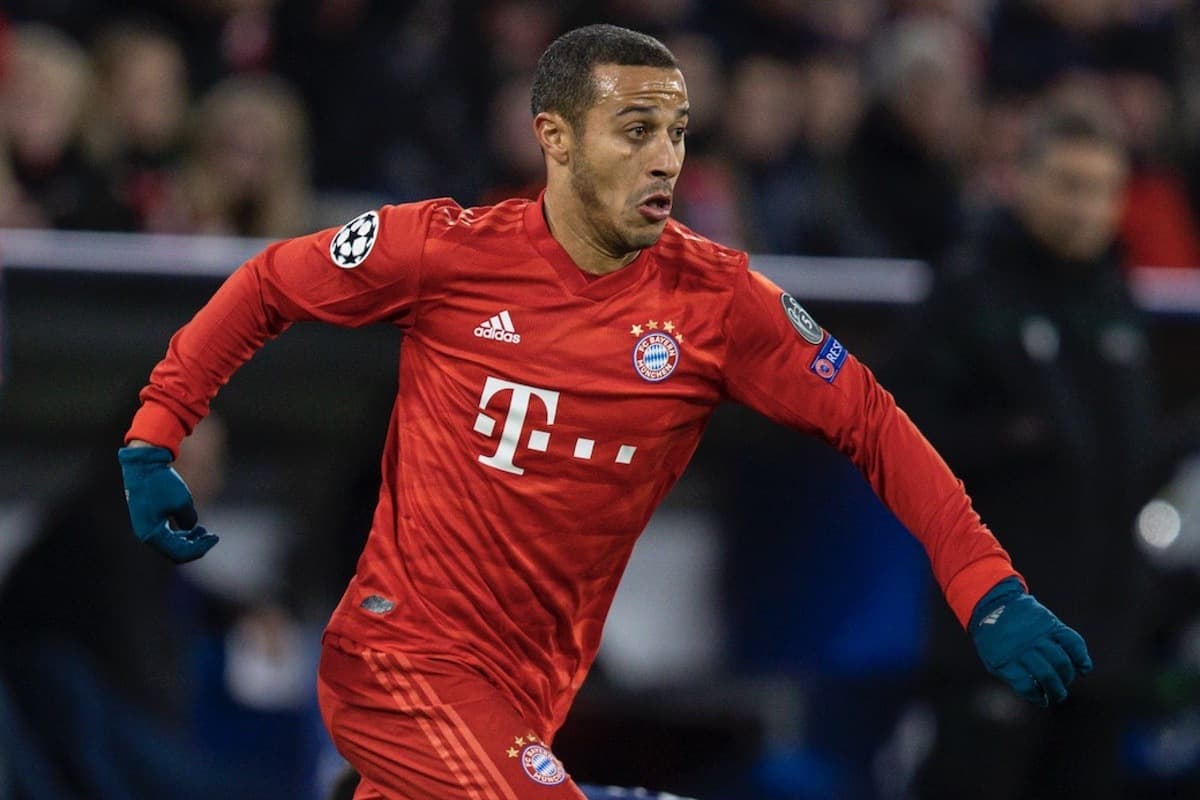 Jurgen Klopp has been asked about rumours linking Liverpool with a move for Bayern Munich’s Thiago Alcantara, but as expected would not comment on any interest.

Widespread reports have claimed that the Reds are preparing a £31.5 million move for the Bayern midfielder, with speculation on the continent being that a deal is close.

Thiago is said to be set to sign a four-year contract with the Premier League champions, and though the majority of sources have come from Germany and Spain, the silence from the Merseyside press has been taken as a positive.

Typically, these stories would be shot down swiftly if there was not a modicum of truth to them, and therefore it can be assumed there is, in fact, interest from Anfield.

Whether a transfer develops remains to be seen, but it is one to keep an eye on over the coming days with a breakthrough seemingly expected next week.

The Times‘ Paul Joyce asked the question to Klopp directly to close out his post-Aston Villa press conference on Sunday, and while he would not confirm a move is in the works, he admitted he is an admirer of the 29-year-old.

“Would you be surprised if I don’t give an answer to that? Just I never answer these kinds of questions,” he explained.

“Thiago Alcantara is a really good player. Like a lot of others out there, I like him a lot.

“But that’s all I have to say about that.”

In the age of modern transfer rumours, anything but a straightforward denial is taken by supporters as an indication the story could be genuine, and the reaction on social media was no surprise:

Nervous laughter at the beginning there… Nothing to see. https://t.co/EOdbPnhkDv

So Pearce hasn't said no, Reddy and Joyce haven't said anything (which means it's not ruled out), and now Klopp is on record refusing to comment about it. Not how our usual transfer rumours get shut down #LFC #Thiago

Jürgen Klopp said he won’t be talking about Thiago.

Thiago Alcantara is 1/4 to join Liverpool with the bookies. pic.twitter.com/nwKtb1c0M8

No smoke without fire? This time, perhaps!