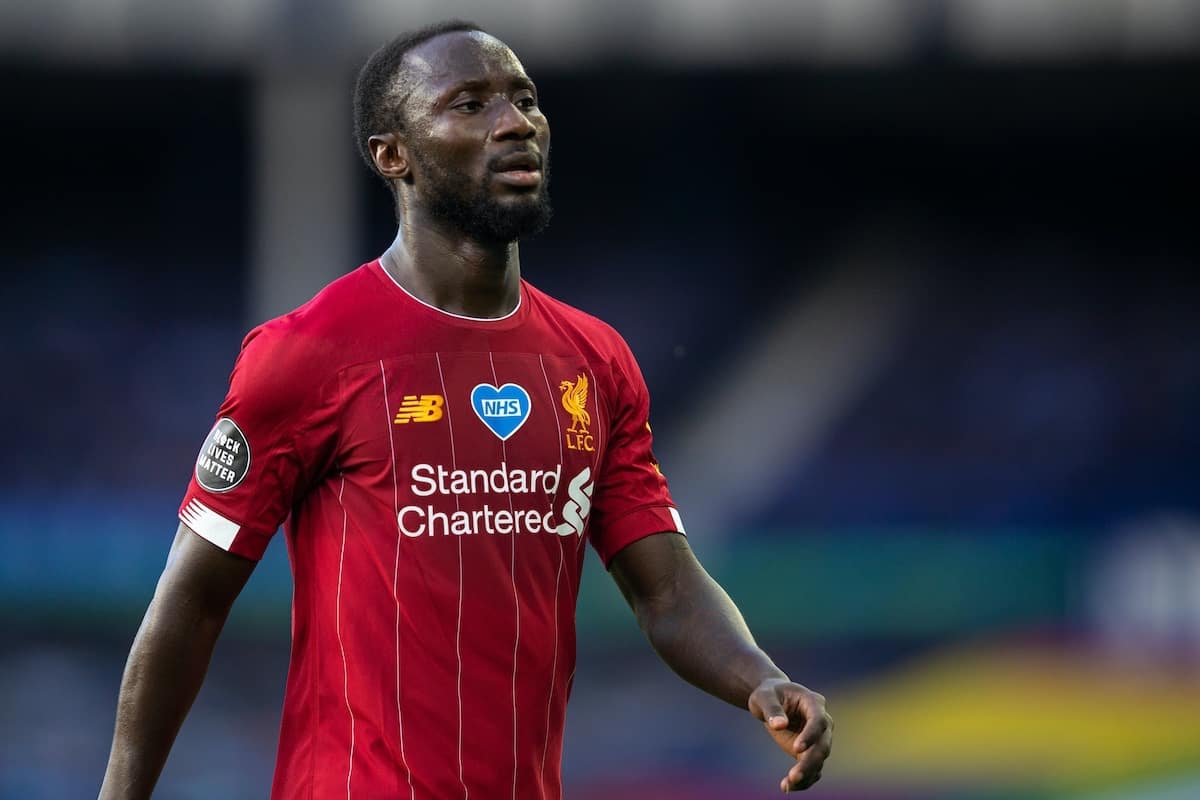 Jurgen Klopp has praised Naby Keita as a “super solution” in a congested period for Liverpool, after his impressive display in the 2-0 win over Aston Villa.

Keita was one of the standouts as the Reds responded to a tough first hour at Anfield to come away with all three points, as Sadio Mane and Curtis Jones got the goals.

It was the Guinean who laid on Mane’s opener, after a brilliant pass from Trent Alexander-Arnold, and he was heavily involved throughout, with his 94 touches and 83 passes among the highest in the Liverpool side.

He was the only one of Klopp’s three changes on Sunday to stay on past the hour mark, with both Alex Oxlade-Chamberlain and Divock Origi hooked, outperforming his fellow squad players to potentially earn another start at Brighton.

The trip to the Amex will be the Reds’ third game of seven in the month of July, and asked about Keita’s performance in his post-match press conference, the manager hailed him as a “super solution.”

“It was a difficult game today and anyway he was really good, he helped us a lot.

“Not only with the goal, you could always play the pass to him, he always offers, he was in smart positions, I liked the game a lot today.

“It’s just a good example of how good he can be. It was, of course, by far not his best game, but it was good.

“I’m just happy when a player is in a shape like this and he can perform like this.

“You need to find solutions for the different moments, and today Naby was a super solution.”

Sunday was Keita’s 22nd appearance of the season, and his 13th start, in what has been a more promising but still, ultimately, stunted campaign for the 25-year-old.

Persistent links with Bayern Munich midfielder Thiago Alcantara could put pressure on the Bundesliga export, but by all accounts, Klopp envisions a big role for Keita in 2020/21.

Coming to life in the final weeks of this title-winning season may be an encouraging sign, particularly given the tight turnaround heading into next term, ensuring no loss of momentum.

Whether Keita will start again at Brighton remains to be seen—the inference in Klopp’s praise is that he will continue to rotate—but if he does, it could be another platform for him to build.

He is, after all, one of the Reds’ most consistent performers since the restart: he is yet to disappoint in outings against Everton, Crystal Palace, Man City and now Villa, regardless of the result.