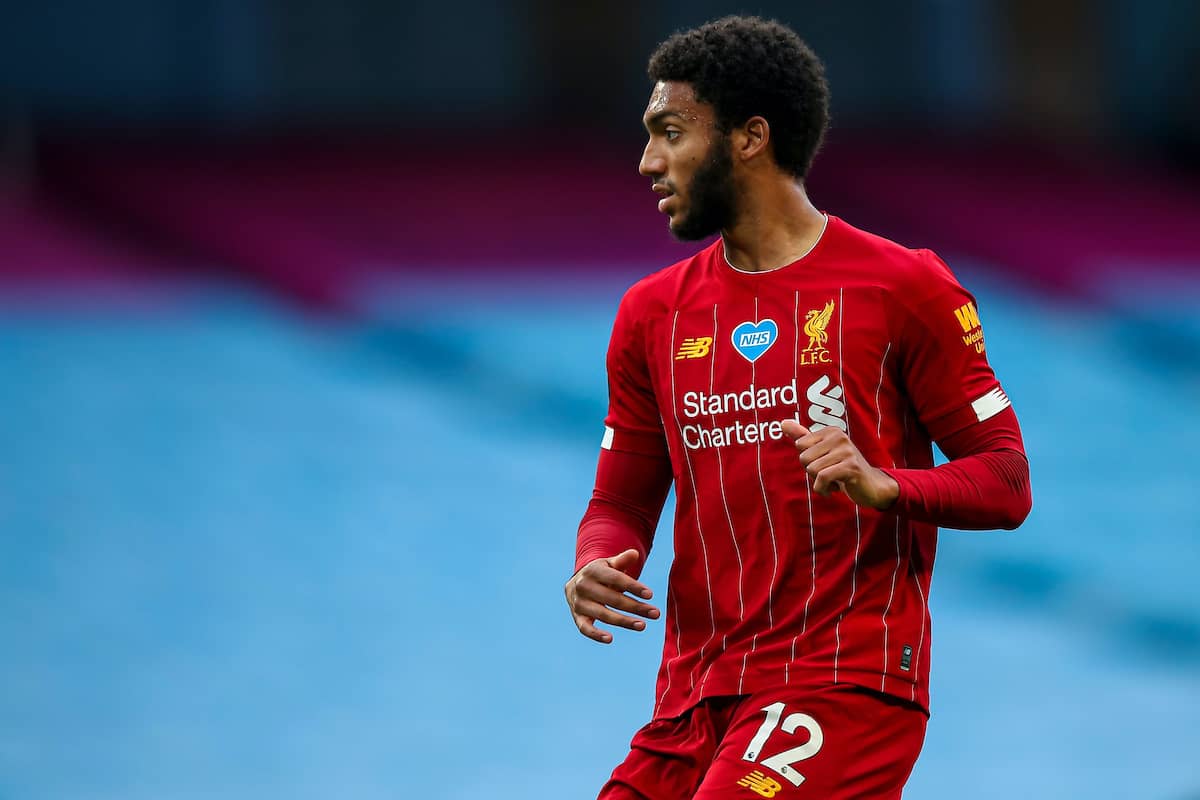 Jurgen Klopp has elaborated on his decision to substitute Joe Gomez at half-time in Liverpool’s 4-0 loss at Man City, insisting it was not due to his poor performance.

Gomez was one of those to particularly struggle as the Reds went down 3-0 before the break at the Etihad on Thursday night, with Raheem Sterling enjoying the best of their battle.

Given Liverpool had already been crowned champions, the defeat in Manchester mattered little other than in the interest of momentum and breaking City’s own record for the best-ever points tally in the English top flight.

But with Gomez not emerging for the second half, as Alex Oxlade-Chamberlain took his place, the common belief was that he had been hooked as a result of his output.

However, Klopp has claimed in his post-match press conference that it was in fact due to the yellow card his No. 12 picked up in conceding the penalty that opened the scoring.

With Joel Matip ruled out for the remainder of the season with a foot injury and Dejan Lovren missing the trip to the Etihad with a minor problem, it was deemed too big a risk to keep Gomez on the field.

A second yellow would have meant a suspension for the centre-back, and Klopp is clearly not ready to trust either Ki-Jana Hoever or Sepp van den Berg in a starting spot.

Fabinho shifted to centre-back as Virgil van Dijk‘s partner in the second half, with the Brazilian remaining the fifth-choice option at this stage, having deputised at the heart of the defence earlier in the season.

Whether Klopp’s explanation is wholly truthful is unclear, as there was little surprise that Gomez was sacrificed at 3-0, but there is rationale to it.

This was effectively a free hit, with Liverpool long having dropped the points, and with the title already won the focus can turn to Aston Villa on Sunday.

Gomez should start again at Anfield, though it is likely Klopp makes changes in other areas of the pitch.