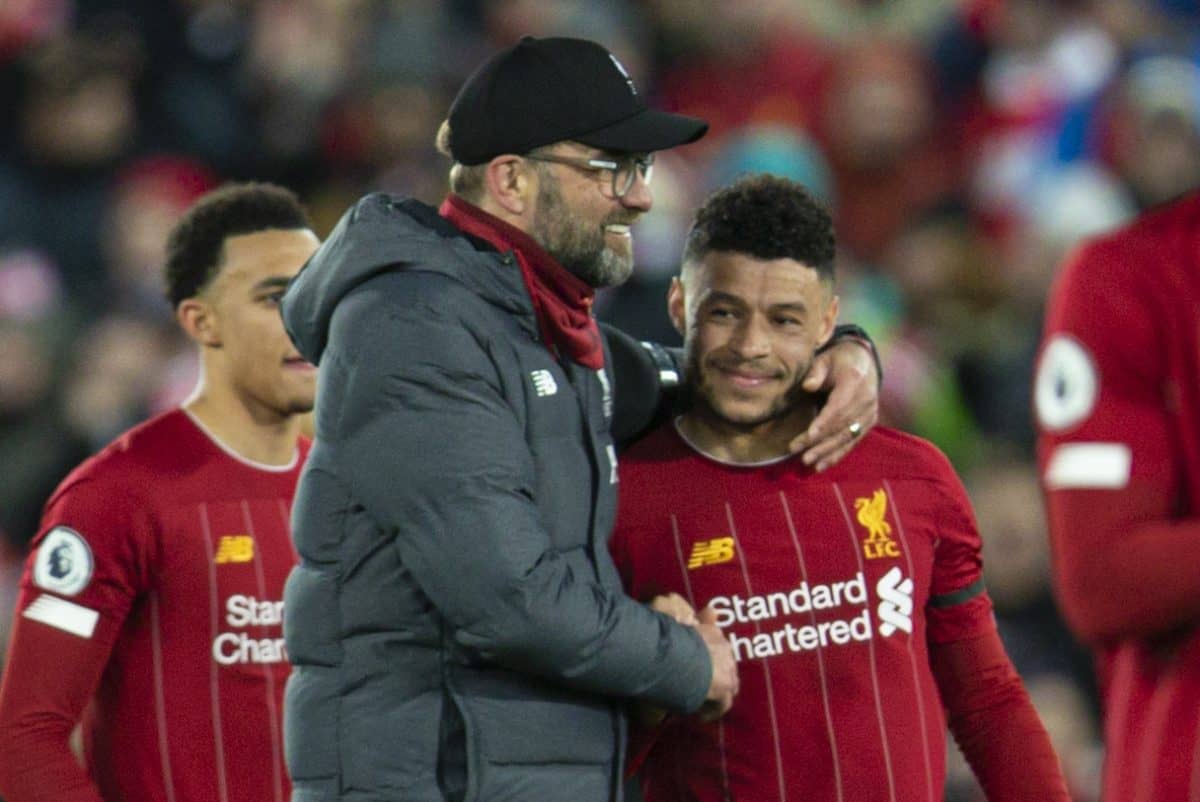 Three Liverpool players got together recently to discuss the real important issues: what word describes the season, when they started to think the title was on the way…and what they think of Jurgen Klopp‘s dress sense!

Divock Origi, Andy Robertson and Alex Oxlade-Chamberlain appeared on the video, along with the man responsible for the Liverpool murals throughout the city, Akse.

Together they were essentially discussing ideas from the season to be designed onto a jacket—but the real talking point was Ox’s view of Jurgen’s style.

“He’s got the Dad look down to a tee. He’s the cool Dad. At the Christmas party he’s rocking up in a nice pair of skinny jeans, shirt with a little bit of chest hair poking through, a jacket and a pair of clean white trainers.

“He keeps it fresh and cool. The glasses and the rugged beard, the hair is flowing. He knows where he’s at, he sticks to it and he rocks it well.”

Let’s be honest, regardless of his clothing choices, if Klopp’s your dad you’re going to be pretty happy about it – just think how many hugs you’d be entitled to!

The trio also chatted about the key contributions they had made during the season and the moments which really mattered.

Ox picked out the United match as the game when the team started to believe they could go all the way, when the fans started singing “We’re gonna win the league”.

Andy Robbo, of course, picked out his crucial goal at Aston Villa to get the Reds back in the game, while Origi recalled his goals against Everton in the early stages of the season.

It’s a good watch as always to hear the players chatting about what has been an incredible season in the club’s history, and all three have played a part.