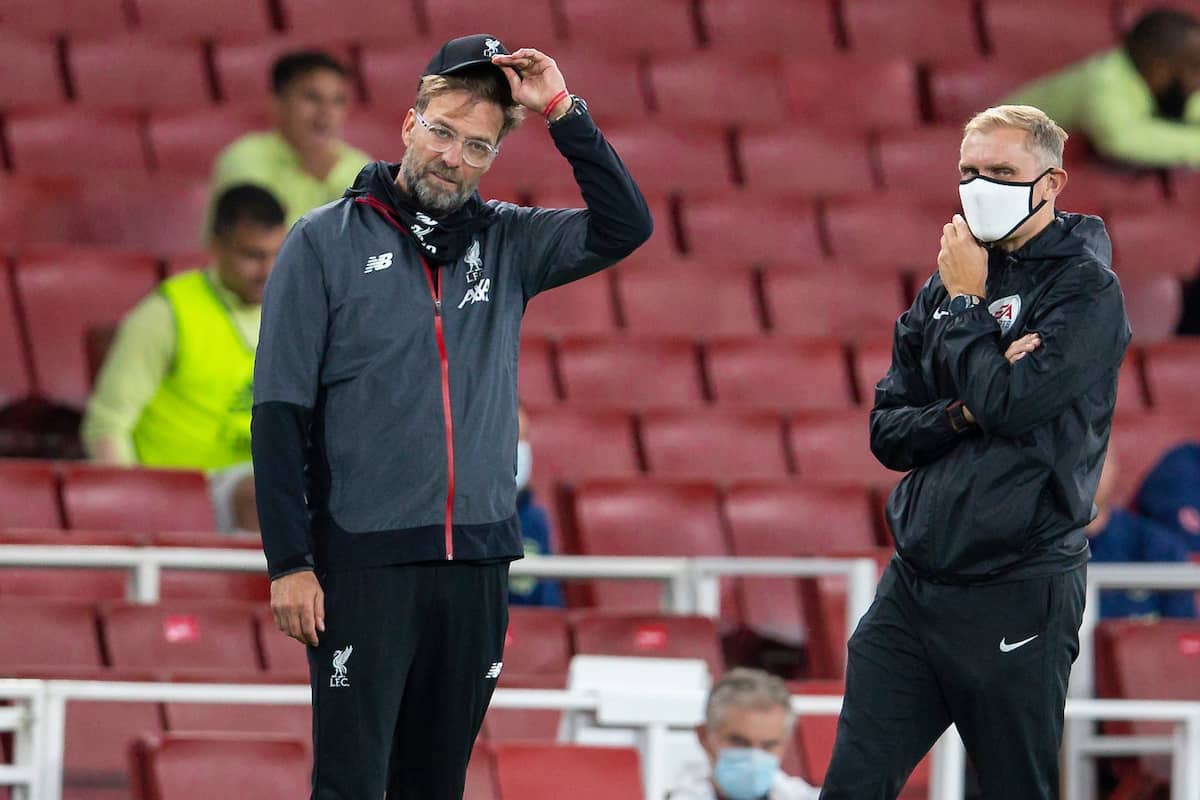 Jurgen Klopp was quick to concede Liverpool’s two mistakes “killed the game” in the defeat against Arsenal, but stressed it provides another opportunity to learn valuable lessons.

Liverpool were an effervescent force prior to the three-month break and while the early title win has understandably taken the wind out of their sails, the Reds have looked a shadow of themselves in recent outings.

In their last seven games, Klopp’s men have dropped points on four separate occasions, while the 28 which preceded the current run reaped maximum points in all but two games.

And at Arsenal, Liverpool were forced to rue two uncharacteristic mistakes from Virgil van Dijk and Alisson which ensured Sadio Mane‘s opener was emphatically cancelled out.

The Dutchman was quick to shoulder the blame after the game as the Reds were unable to strike back, but while the boss lamented his side’s drop in concentration he used his time to proclaim the game was one which lessons must be taken from.

“Twice [we had] a massive lack of concentration, we took a break after we scored 1-0,” Klopp explained to Sky Sports. “But especially before our goal, we were just brilliant, really good and [in the end] we had 24-3 shots, that’s incredible.

“But these two moments killed the game for us, obviously, and then we had to chase the game in the second half, did that and they had no real chances.

“We did a lot of things well but cannot win football games when you concede like this.

“We took a break, that’s clear. We lost concentration in this moment and it’s the Premier League and you cannot do that, we don’t usually but we did today.

“Virg lost the ball, obviously, but I didn’t see a lot of offers around, nobody wanted the ball really and as a full pack we took a break and it makes no sense.

“Arsenal was there twice in the game, it was enough for us today and we have to take that and learn from that 100 percent, and we will.

“I’m not sure we never [had sloppy moments this season]. We’ve had them once, twice maybe three times but usually, we don’t get punished for it but tonight we got punished. That’s good on one side because we have to learn from it, it’s not allowed.

“The boys thought in that moment they need a break and it’s right to take a break, it’s not right but you saw afterwards we were completely fresh and there was no physical problem.

“We were there, we chased the game and were constantly dominant. I know how it sounds and I know what people will make of it but it was a good game. You had 24-3 shots, what can you do more – you can hit the target obviosuly that helps, but credit to Arsenal.