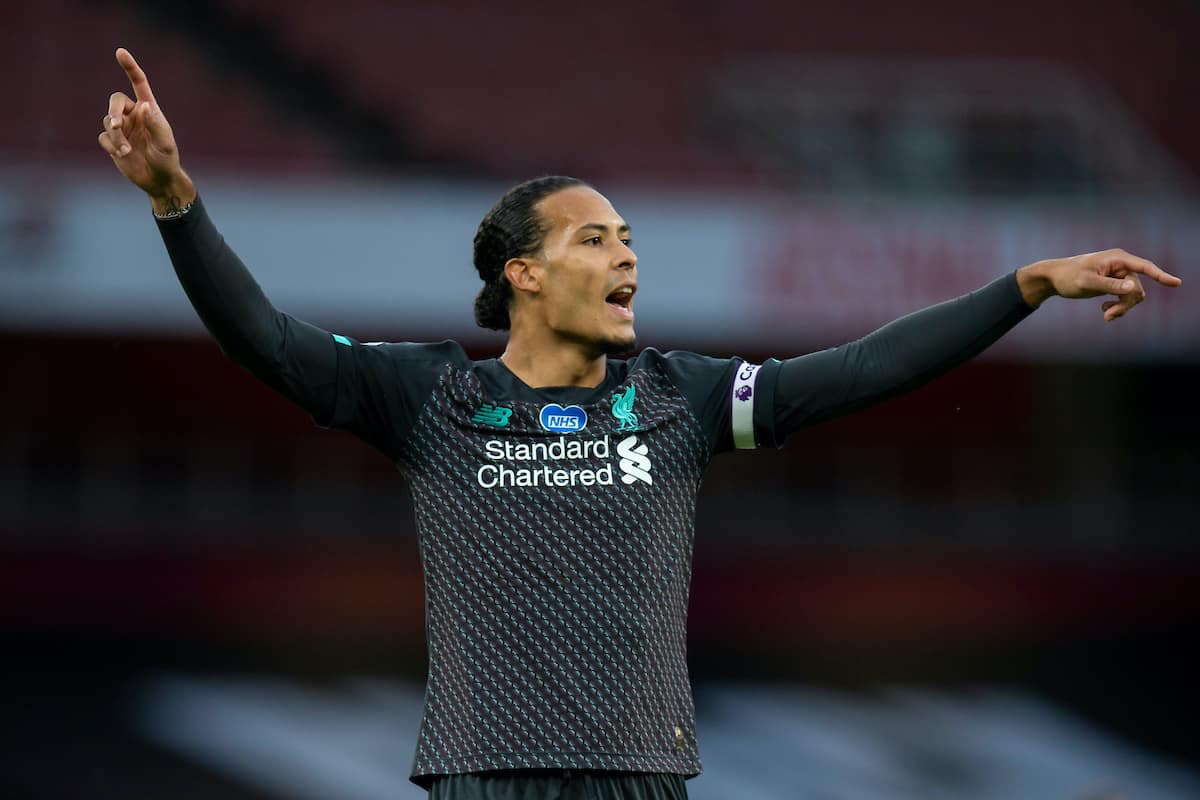 Virgil van Dijk stood up to take “full responsibility” as his out-of-character error sent Arsenal on their way to a 2-1 comeback win over Liverpool on Wednesday night.

The Reds looked to be coasting at 1-0 before Van Dijk’s weak backpass allowed Alexandre Lacazette in to finish beyond Alisson and equalise at the Emirates.

Van Dijk claimed a foul from Reiss Nelson in the buildup, but there was nothing to it, and soon after Nelson had scored the winner, this time benefiting from an Alisson mistake.

In any game, Alisson and Van Dijk would be considered two of the least likely to cost Liverpool, and this makes the situation all the more baffling.

But true to form, the Dutchman shouldered the blame as he spoke to Sky Sports after the final whistle.

“Obviously the goals, we gave them as a present,” he said.

“I think until their first goal it was totally us. We dominated, put pressure on them and [then] we gave them two goals and obviously it’s difficult to come back.

“We created some opportunities, they tried to break on us sometimes, but if you give the goals away like we did today, you get what you deserve.”

Asked if it was a case of Liverpool taking their foot off the gas having already won the title, Van Dijk dismissed this claim, attesting to their performance prior to his error.

“It’s so easy to say that and blame that,” he continued.

“But if you watch the game then you could see until I made the mistake there was nothing wrong.

“I had a feeling we could win here comfortably at one point, but if you give them the goal you see what happens.

“I take the blame for it, of course. I take it as a man and we’ll move on.

“Of course, I want to win the game, especially if you see how we lost today. But we can’t change the fact.

“We’ll try to win the last two games, get a well-deserved break. But we don’t need to forget how we’ve had a fantastic season already.”

Van Dijk was then presented with the moment, in a week’s time, that will see him pick up his Premier League winners’ medal and help lift the trophy, and he reflected on a “dream come true.”

This puts the loss at Arsenal into context, and the centre-back vowed that he and his team-mates would “move on.”

“Tonight is a disappointment I have in my head at the moment, but I’ll go home and be fine.

“I made a mistake, I take full responsibility for that, but we’ll move on.”