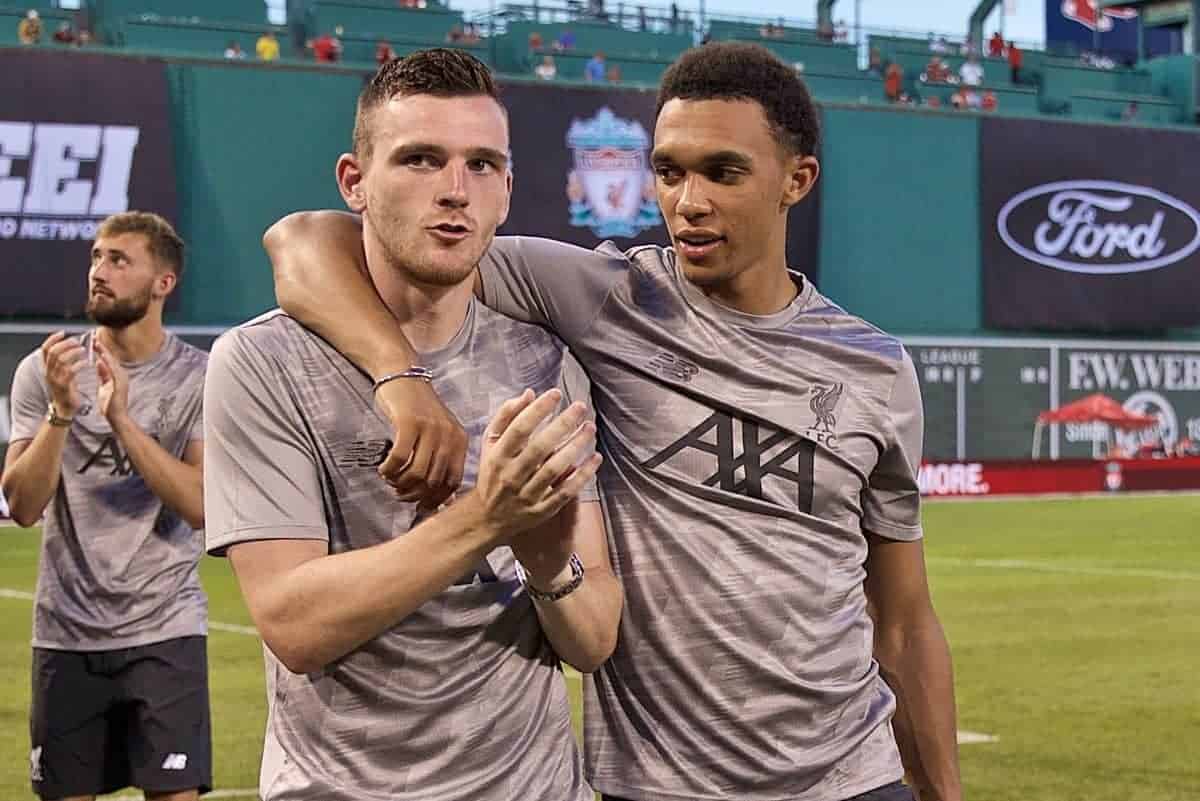 Liverpool assistant Pepijn Lijnders has acknowledged “the rotten thing” of opponents doubling up on their biggest threat, and said they must “remain unpredictable.”

Over the past two seasons, the Reds’ attack has been built around the overlapping presence of Andy Robertson and the world-class delivery of Trent Alexander-Arnold.

Both have now recorded double digits in terms of assists for consecutive campaigns, laying on 53 goals between them since the start of 2017/18.

Focusing on the flanks made Liverpool unstoppable, and whenever of the full-backs are absent, or experiencing an off-day, their fortunes undoubtedly suffer.

According to Lijnders, opposition sides have begun to notice this, and are working to nullify the threat of Robertson and Alexander-Arnold—meaning the Reds now need to find a new way to build their attacks.

“Every opponent makes the middle closed for us, so the space is on the sides. Openings must come from there,” Klopp’s No. 2 told AD.

“Trent and Robbo literally give us wings. But the rotten thing is: teams are already trying to stop that.

“It is up to us to remain unpredictable. We have used the corona time to good effect.

“There was time to work on new variants, bringing boys in a different role and in different spaces in training and seeing what the effect is.”

One of the most notable changes since football’s three-month break has been an increased role for Naby Keita, whose creativity and movement in the midfield has hinted at a new edge for Liverpool.

The Guinean has been one of the Reds’ top performers over the past seven games, while there has been an increased focus on lofted balls from Fabinho, pushing forward from his deep role, for diagonal runs into the box.

Lijnders’ assertion that Liverpool must “remain unpredictable” suggests they need to add more strings to their bow; the emphasis on Alexander-Arnold and Robertson was dictated by their unmissable quality, but also by opponents spotting the importance of Roberto Firmino.

The key appears to be a mixup of all of the Reds’ qualities, with the assistant manager stressing that “freedom” is paramount.

“Rules and agreements are necessary in football, but good-quality football cannot exist without freedom,” he continued.

“It is freedom that gives colour to our game.”

Liverpool must fight to retain that freedom, rather than get boxed in by their opponents, and working on new ways to threaten in the final third could see them adopt a new complexion in the coming months.