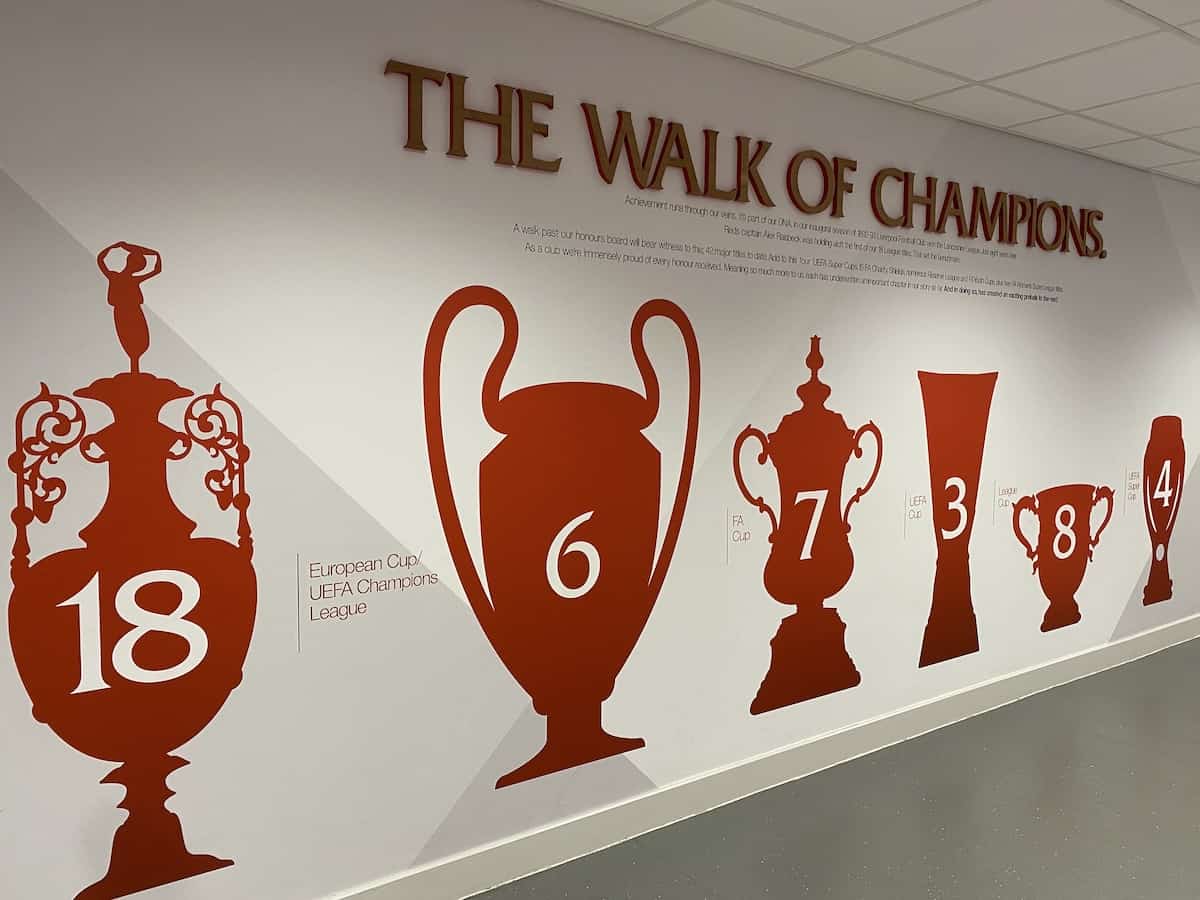 Liverpool’s 19th league title but first in the Premier League era has thrown up quite the dilemma at Anfield.

The Reds have a ‘Walk of Champions’ inside the Anfield tunnel which depicts the major trophies won, with a similar ‘Champions Wall’ in the entrance to the club’s Melwood training ground.

Both these have been adjusted in the last 12 months, first to add the sixth European Cup – a straight forward enough process – and then to add the first FIFA Club World Cup, which required a little more re-jigging of the design.

However, the first Premier League title has caused some debate within the upper echelons over how the trophies should be displayed in the artwork.

Indeed, the club’s official website updated the honours page and listed the Premier League title separately to the First Division titles, before comments from supporters saw them simply remove the trophy images and instead just have ’19 League Titles’.

A recent image shown on BT Sport from a nearby pub which had a mural display with ’18+1′ caused quite the outrage among most supporters online.

And the debate, apparently, continues among the Reds’ hierarchy.

At This Is Anfield, we believe it is quite clear that it is 19 League Titles – just like it is six European Cups (not four European Cups and two Champions Leagues).

We also believe that the best representation is to have both the old First Division trophy and the Premier League trophy displayed.

Therefore, we’ve produced our own version of the Champions Wall showing all the honours of the Mighty Reds. 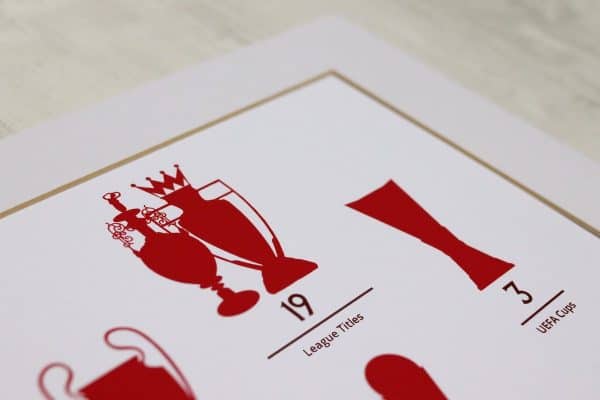 This limited edition print, in collaboration with The Little Design Store, is designed by an award-winning artist and available to buy NOW. 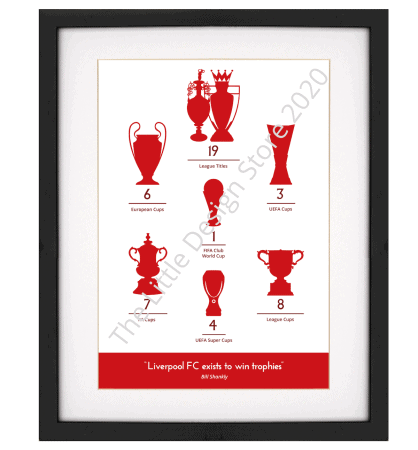 This Is Anfield readers get 20% off when using the discount code ‘CHAMPIONS‘ at checkout.