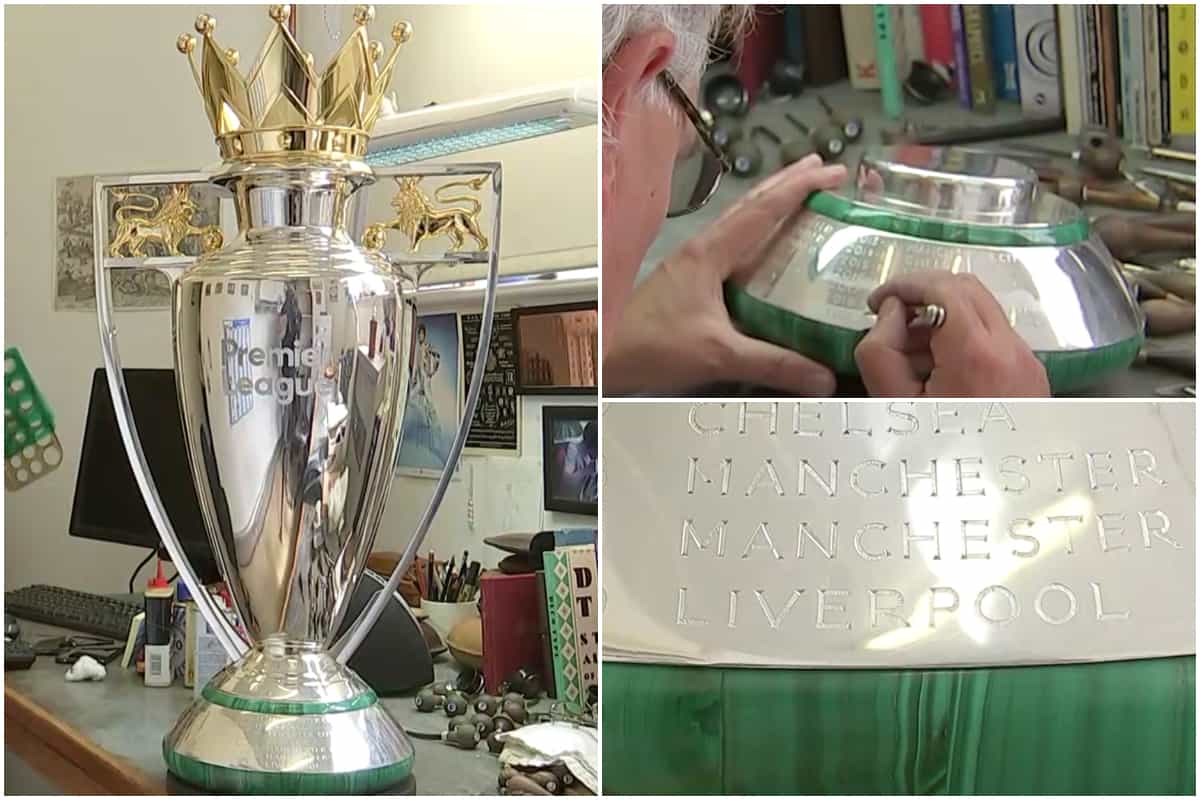 Liverpool will lift the Premier League trophy at Anfield on Wednesday and now the massive piece of silverware literally has our name on it for this year.

After 30 years of waiting, the Reds are champions of England again. And, after another 27 days of waiting, we’ll finally lift the trophy itself.

The platform is just about ready, the Kop is the setting, the players just have 90 minutes to get through against Chelsea first—hopefully with a scene-setting victory.

And then, the league crown will be Jordan Henderson‘s to lift, with the fans and families uppermost in the captain’s mind.

Now the Premier League trophy itself has been etched with the traditional year and title-winners and, for all its simplicity, it’ll look pretty damn impressive to all Kopites: 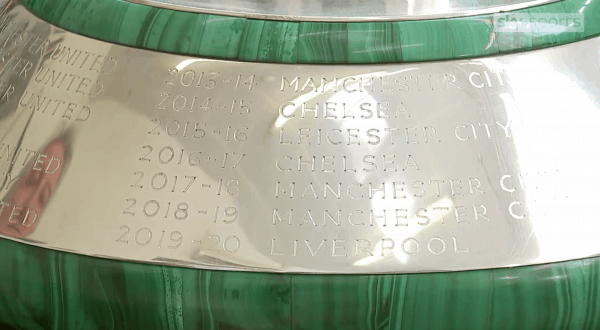 The sight of it being lifted at Anfield is one which an entire generation of supporters have waited for, longed for and agonised over after coming so close multiple times previously.

But now Jurgen Klopp and Michael Edwards, Henderson and James Milner, the elite forward line and the impenetrable defence, the record breakers and serial winners…this team, this club, are champions.

First came Europe, then came the world. Now Liverpool are back to the top of the domestic tree, too.

Oh, and a side note for all the bitter rivals, the desperate groups who hate to see the club and the city thrive, the self-serving weirdos who wanted all manner of idiotic rulings brought in to deny this moment of joy: the trophy is engraved and there’s not an asterisk in sight!