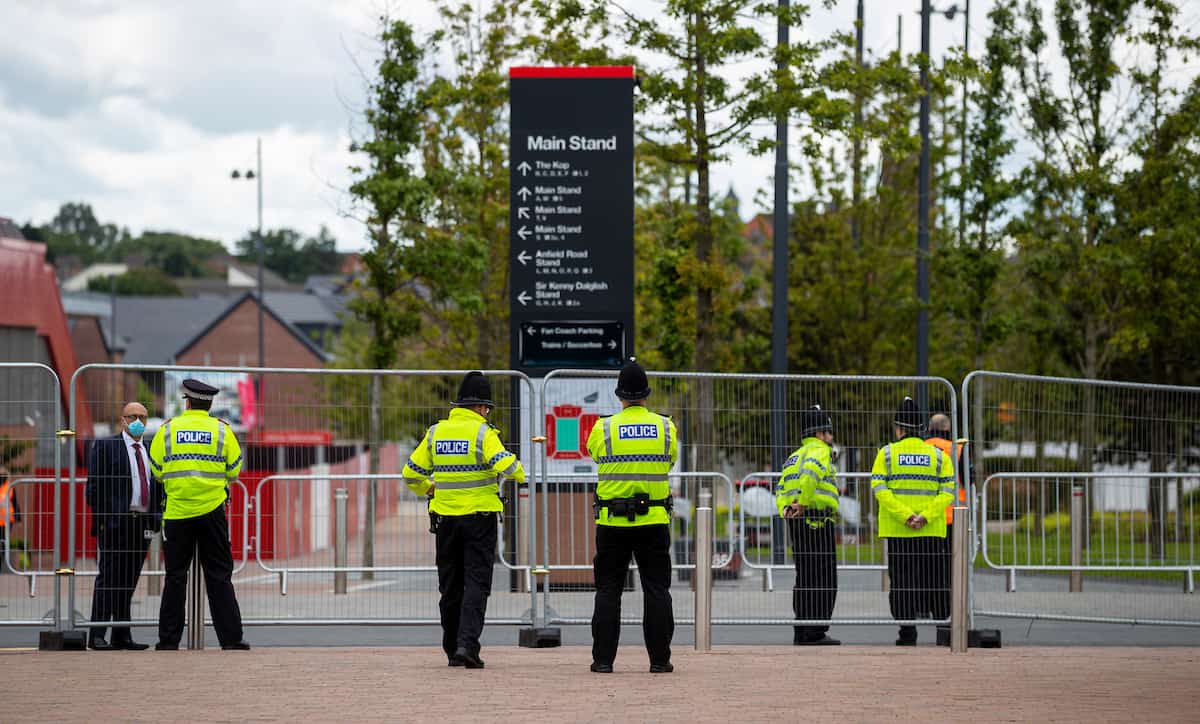 Merseyside Police’s chief constable Andy Cooke has warned action will be taken against any fans who congregate at Anfield to celebrate Liverpool lifting the Premier League trophy.

Thousands descended on the ground, and the following day the city centre, when the club’s long-awaited first title in 30 years was confirmed last month.

On that occasion police observed a watching brief but a full matchday operation will be in place for Wednesday’s visit of Chelsea, after which captain Jordan Henderson and the rest of the squad will be presented with the trophy, and fans have been warned to stay away.

“It’s no secret I am a Liverpool supporter but my duty to the city and the communities of Merseyside will come first,” said Cooke.

“We are still in a public health crisis and I urge people to watch the match at home or in a local pub if there is space but please don’t put yourselves, your loved ones and others at risk of contracting this virus by ignoring the current advice not to gather in large groups.

“My officers will take action if people don’t adhere to social distancing regulations and potentially put other members of the public at risk.

“We understand the desire to celebrate, show the team our appreciation and have a massive party but now is not the time for celebration.

“We have waited 30 years so a few more months isn’t too much to ask.”

Henderson, currently sidelined with a knee injury, used his programme notes ahead of the match to urge fans to be responsible.

“I cannot say clearly enough it is critically important you stay away from Anfield and enjoy celebrating with us in your own way, at home,” he wrote.

“The city of Liverpool has been hit hard by Covid-19 and it’s important we support our healthcare heroes – the emergency services and key workers – by listening to the advice and staying away from gatherings which aren’t safe.

“I promise you: we will feel you with us when we lift that trophy, even though you’re not at Anfield in person.

“We are lifting it for you – you’ve driven us to achieving this dream – but this club’s values are about taking care of each other and that means supporting us from home and in safe environments.”