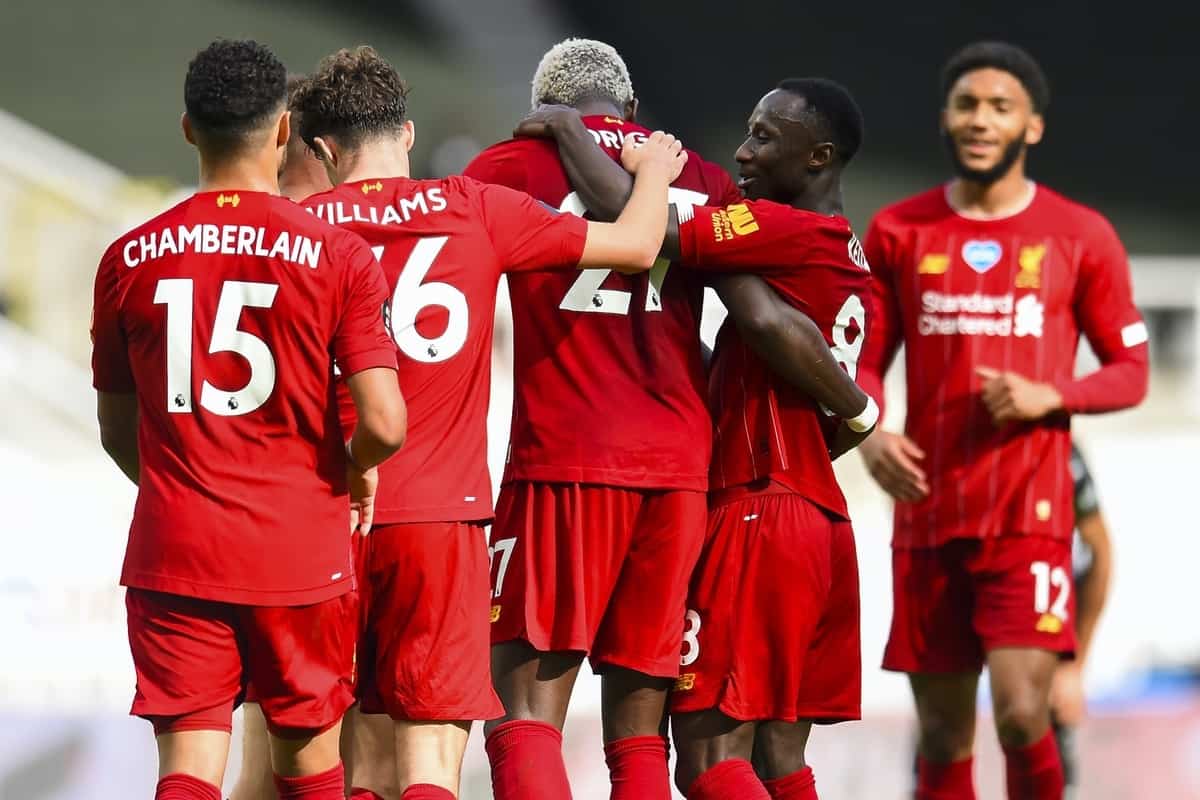 Liverpool concluded the 2019/20 Premier League season with a 3-1 victory at Newcastle United, ending on a club record 99 points for the title-winning campaign.

His hopes of the Golden Glove disappeared in a hurry at the end of this term, didn’t it! Not much else to say or do, really.

Caught deep for the first goal, playing Gayle onside. Lost out a few duels and not quite as assured on the ball as normal.

More to learn and the experience will help.

Better in his one-on-one work than recently. Fine on the ball until he slipped up in the last minutes.

Great header for the equaliser. Almost scored another soon after the restart. Dominant in the air and always quick to spot danger.

Usual outlet down the wing, got forward well and tackled back when needed. Claims an assist for Origi’s goal, though it was just a simple, short pass – he’ll take it though!

Played deepest in the middle three to offer a reminder that he can do that role next season when needed.

Assuming he’s still here, obviously. Should have stood on the ball for the first-minute free-kick Newcastle scored from, mind.

Decent run-out for his first start since the first game back. Lots of running the channels, some aggressive work to win back possession.

Started very brightly, had the big explosive pace moments to open up the defence and beat people one-on-one. A little quiet in the second half but should have scored one of two good chances. 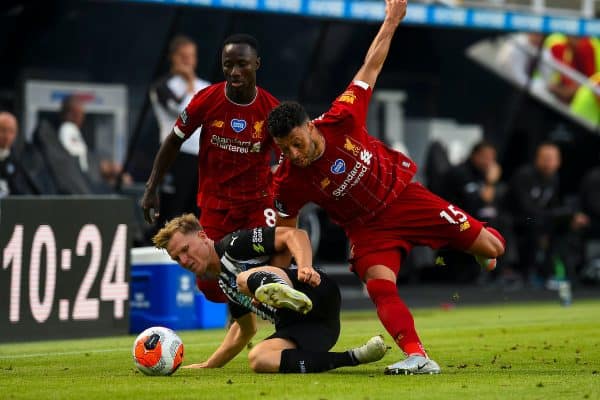 Struggled to get involved early on but did brilliantly for the equaliser: beat his man down the channel and clipped a lovely stood-up cross to the far post.

Got the Reds back on the front foot.

Playing from the left of the attack this time and he did well on the ball in the early stages, dropping a shoulder to beat defenders and opening up a few spaces in the final third.

Really struggled to hold the ball up well, link play, create chances or really keep himself involved…then produced a brilliant solo moment to score and put the Reds ahead. 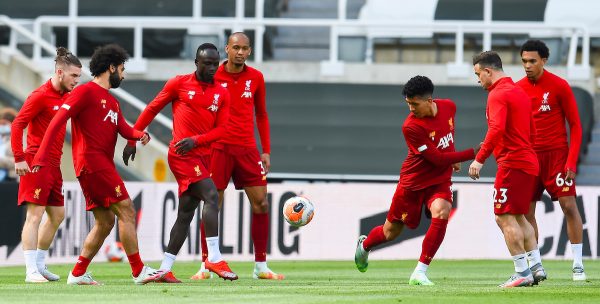 Averaged about 12 shots a minute after coming on.

Look forward to much more of him next season.

Just a couple of minutes on the pitch.

Decided to give a run-out to some of the second string; will they be goodbyes, or were they trial runs ahead of next season?

Either way, it was fine squad management and the team he put out were ahead on the day before changes were made.

And he won us the title!