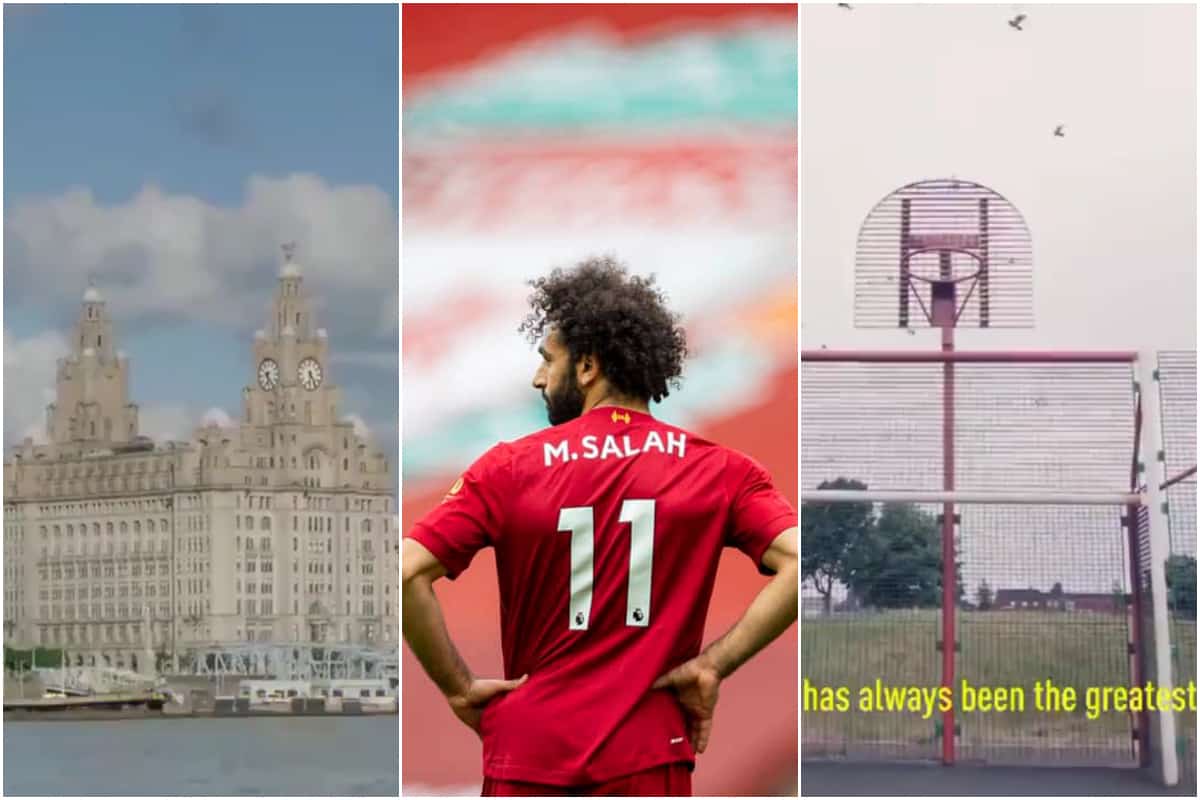 A new Mohamed Salah advert as lauded the city of Liverpool and the club’s supporters, saying this season’s Premier League triumph is the reward for patience.

That’s certainly a word which fits, as the Reds have had to wait three decades for the next league championship trophy—which they’ll finally receive on Wednesday after the game against Chelsea.

But it has been tough at times for supporters down the years in between successes, with Kopites needing understanding and resilience after plenty of ups and downs and near misses.

For Salah, though, that’s all part of the journey—and it makes victory all the sweeter when it comes.

That’s the message in Mo’s latest Adidas advert, with the video depicting scenes and iconic locations throughout the city of Liverpool, as well as the supporters who are now being rewarded for their wait.

“My new home has been patient for thirty years, and I know they would have waited as long as it takes,” the Egyptian forward says.

“Patience always receives the best reward. And finally, we don’t have to wait any more.”

Mo has done as much as anyone else to ensure this long wait for a title comes to an end, with his scoring and creativity simply off the charts over the past few years.

He will likely end the season as the Reds’ top scorer again, with 19 league goals and 23 in all competitions to his name ahead of the remaining two fixtures to play.

And this season, above all others, patience and the need to keep faith and resolve when obstacles are put in the way has been proven more than ever.

Liverpool have, in the end, come out on top and the emotional ad shot around the city shows exactly why Mo says it’s such a virtue.